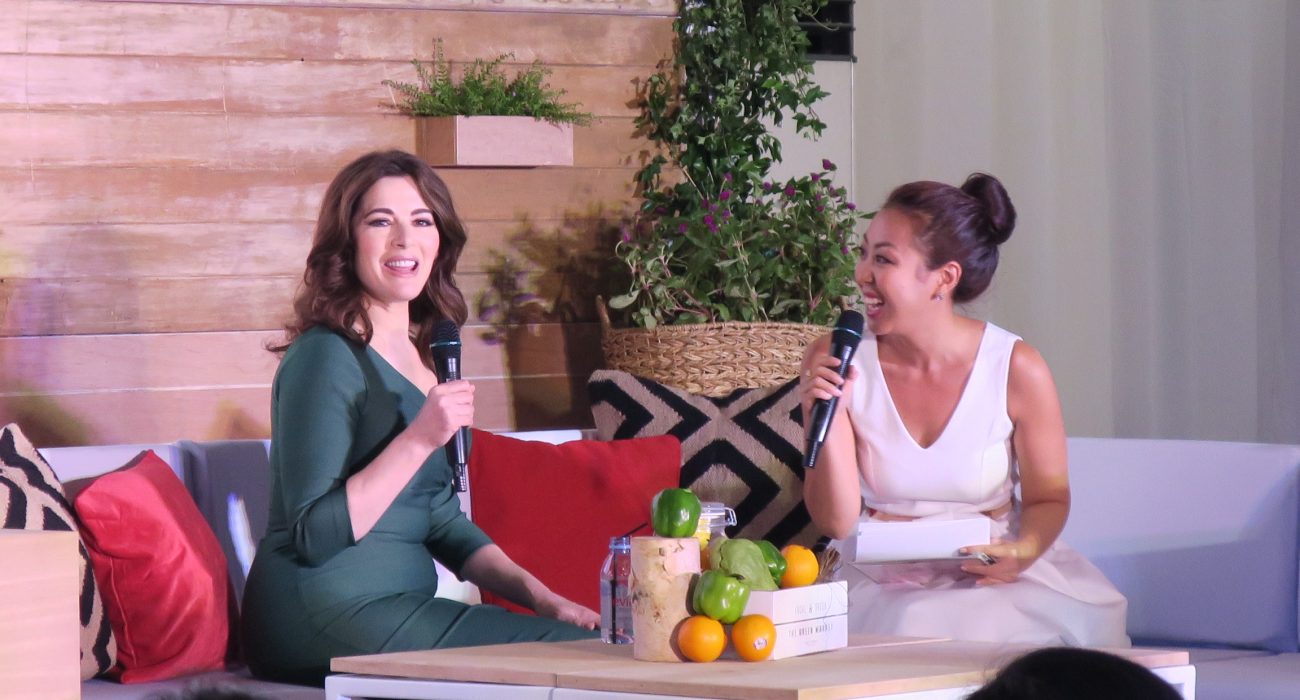 When one thinks of Nigella Lawson, her vivacious persona often precedes her. Full of descriptive and highly sensual language, innuendo Nigella herself notes how many chefs ‘have no authentic language of their own’, and in creating one for herself she is often ridiculed as a caricature of women’s sexuality. It only takes a quick google search to find compilation videos of her shows titled ‘Nigella Talks Dirty’.

It is particularly striking that chefs such as Gordon Ramsay, in constructing his ‘language’, involving plenty of swear words, simply become a part of him. He’s known as ‘the chef that swears a lot’ — mostly at other people, I might add. However, he is not reduced to the language he chooses to use. In almost every aspect of Nigella’s career she is belittled due to the language she chooses to express herself.

Simply because Nigella chooses to use sensual language doesn’t mean she should be prejudiced against because of other people’s biases. Examples like Gino D’Acampo and Ramsay show how their choice of language can enable them to display their authentic duality. Gino D’Acampo utilises his ‘Italian-ness’ and flirts with his audience whilst Ramsay is brutally harsh. Yet we still see his softer side when he comes into contact with children aspiring to be chefs.

On the other hand, Nigella is only permitted to display the one-dimensional sexualisation of herself. Her language quite literally defines how we as a society view her. Nigella isn’t given the freedom to express herself fully, and is instead commodified. Mary Berry is similarly reduced to the simplistic ‘mother’ figure of baking.

In a particularly telling interview for ‘The Project’, an Australian TV show, host Hamish Macdonald confronts Nigella’s use of language, stating, “you have this way of saying things”. Her response is visibly flustered until she settles with the almost heart-wrenching and relatable statement: “I have this way of people projecting things on me”, and it is hard to deny this.

If an individual wants to create their own ‘language’ around themselves, it is their personal right to do so. When has it become so acceptable to reduce a person to their language choices? Nigella is more than her language, more than her looks, more than a chef – she is woman who should be allowed the right to express herself and not become a symbol, used to represent womanhood in the kitchen.