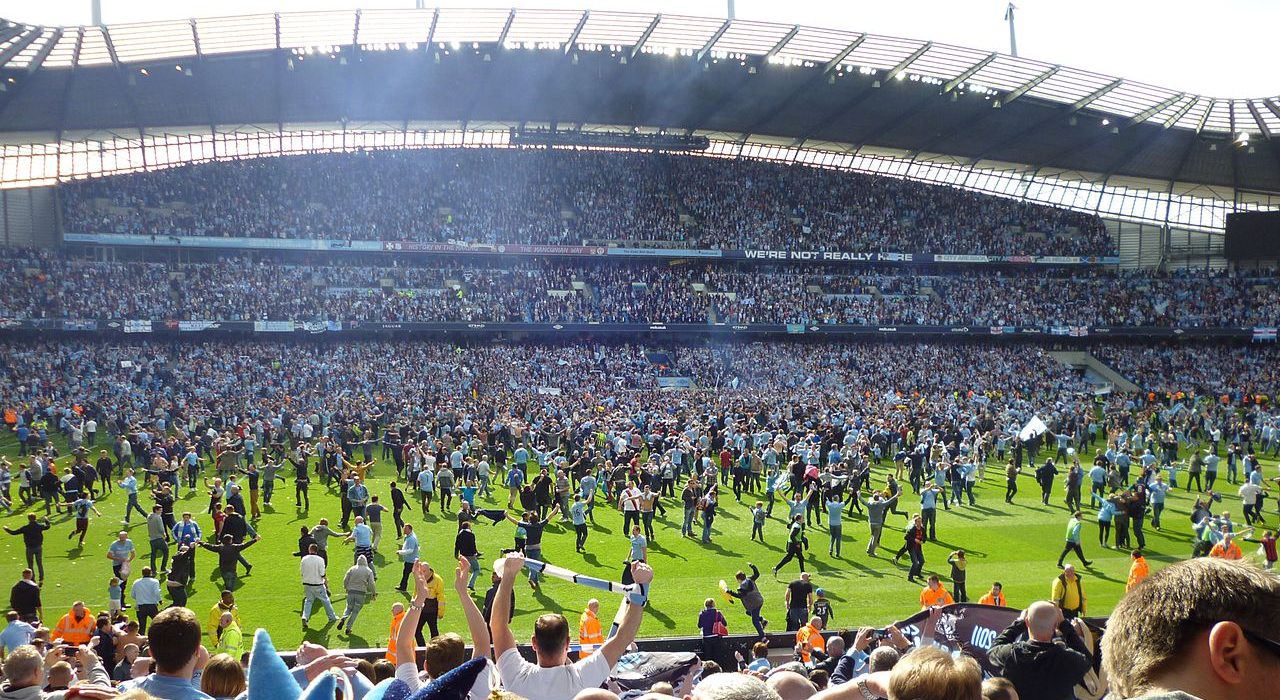 It has been just over ten years since Manchester City were bought by Sheikh Mansour. Since then City have risen from mediocrity into one of the best teams in the world with a squad packed with superstars. Under one of the best managers in the world, Pep Guardiola, they have become the pride of Abu Dhabi.
City’s story would have been laughed off as farcical if someone predicted it back on that day in September 2008. It sounds unbelievable, perhaps impossible.
Now, the German newspaper Der Spiegel says it’s seen documents from the whistleblower platform Football Leaks which allege the club and its sponsors manipulated commercial contracts to get around UEFA’s Financial Fair Play rules.
City say they will not be commenting on the claims which follow last year’s calls by Spain’s La Liga for a full UEFA investigation.
UEFA has previously looked into City and found it broke the financial rules in 2014. The club was fined £49m.
In his first four years of ownership Mansour had guided his club to their first Premier League title in the 2011/12 season. Aguero’s injury-time winner, Martin Tyler’s infamous scream, the moment is now etched into footballing history, though it took a then extortionate amount of money to achieve this.
In the first transfer window City broke the British transfer record buying Brazilian international Robinho from Real Madrid for £32.5m. When the improvement that season was deemed inadequate, a further £100m was invested in the Summer of 2009. This incredible level of spending continued each year, but where was the money coming from?
English football, world football even, had never seen investment on this scale. According to Der Spiegel one document shows Abu Dhabi had already invested £1.1bn by 2012. £1.1bn in four seasons.
Everywhere you look around Manchester City, you’ll spot Abu Dhabi. Whether it’s the stadium, sponsored by Etihad Airways, their kit, also sponsored by Etihad, or the flurry of other sponsors they possess, Abu Dhabi is there. Critics of City have said that these sponsorships are simply ways for the state to funnel money into the club, claims that Manchester City has rejected.
Der Spiegel suggests that City used their sponsors to move cash into the club to fund new transfers. They also suggest that City used these sponsors to cover the £9.9m shortfall they had after sacking Roberto Mancini.
UEFA implemented the Financial Fair Play (FFP) rules shortly after City got rid of Mancini for failing to retain the title. The rules were meant to stop clubs spending beyond their means and going bankrupt. They also aimed to stop clubs from spending more than they brought in.
Der Spiegel writes that City’s Chief Financial Officer Jorge Chumillas announced in internal messages about how their sponsorship deals with the Etihad airline, investment firm Aabar and the Abu Dhabi tourist authority would be changed to bring in the funds necessary to avoid falling foul of FFP. The implications of this claim are that City was knowingly and intentionally manipulating their contracts.
Further internal messages suggest that Chumillas asked his colleague Simon Pearce if it would be possible to change the payments dates from Abu Dhabi. Pearce allegedly responded: “Of course, we can do what we want”.
If this is true, it would raise doubts over whether these companies are really the independent sponsors we are lead to believe.
Der Spiegel quoted another email allegedly sent by Simon Pearce in 2010 regarding a £15m annual deal with Aaber.
It read: “As we discussed the annual direct obligation for Aabar is £3m, the remaining £12m requirement will come from alternative sources provide by His Highness.”
Again, if this is true, the Sheikh himself was funding 80% of this sponsorship deal. For the deal with Etihad Airlines, the Sheikh was supposedly paying 77% of the £35m annual obligation in 2013, and 88% of the £67.5m annual obligations in 2015.
Relating this to the Financial Fair Play rules, if the Sheikh and Abu Dhabi can artificially inflate the value of their sponsorship deals and pay the extra themselves, they can spend far greater amounts in the transfer windows without ever going into the red. In 2015’s Etihad payment alone, that is an extra £60m, enough for a couple of world-class players.
In the 2016 summer transfer window, City put their extra money to good use funding several acquisitions. Ilkay Gundogan came to City for a reported £20m from Borussia Dortmund, John Stones for £47.5m from Everton, Gabriel Jesus for £27m from Palmeiras, Leroy Sane for £37m from Schalke. The list goes on and on.
These transfers would not be possible without massive influxes of money and it is these “supplement to Abu Dhabi partnership deals” that are the alleged source. There is no other Premier League club that can keep up with the spending of Manchester City. No Russian Oligarch or Chinese billionaire can hold a candle to a whole nation, to the United Arab Emirates.
There seems to be no end in sight for the spending sprees either, with a further £64m spent in the summer. Most of that went on the signing of Riyad Mahrez from Leicester City. A right winger, Mahrez joined the queue in third for his position, behind Raheem Sterling and Bernardo Silva.
When Der Spiegel and the European Investigative Collaborations research network asked Manchester City for a comment on these leaked documents and the financial doping it supposedly revealed, they stated that they would not respond. “The attempt to damage the Club’s reputation is organized and clear,” wrote a spokesperson.