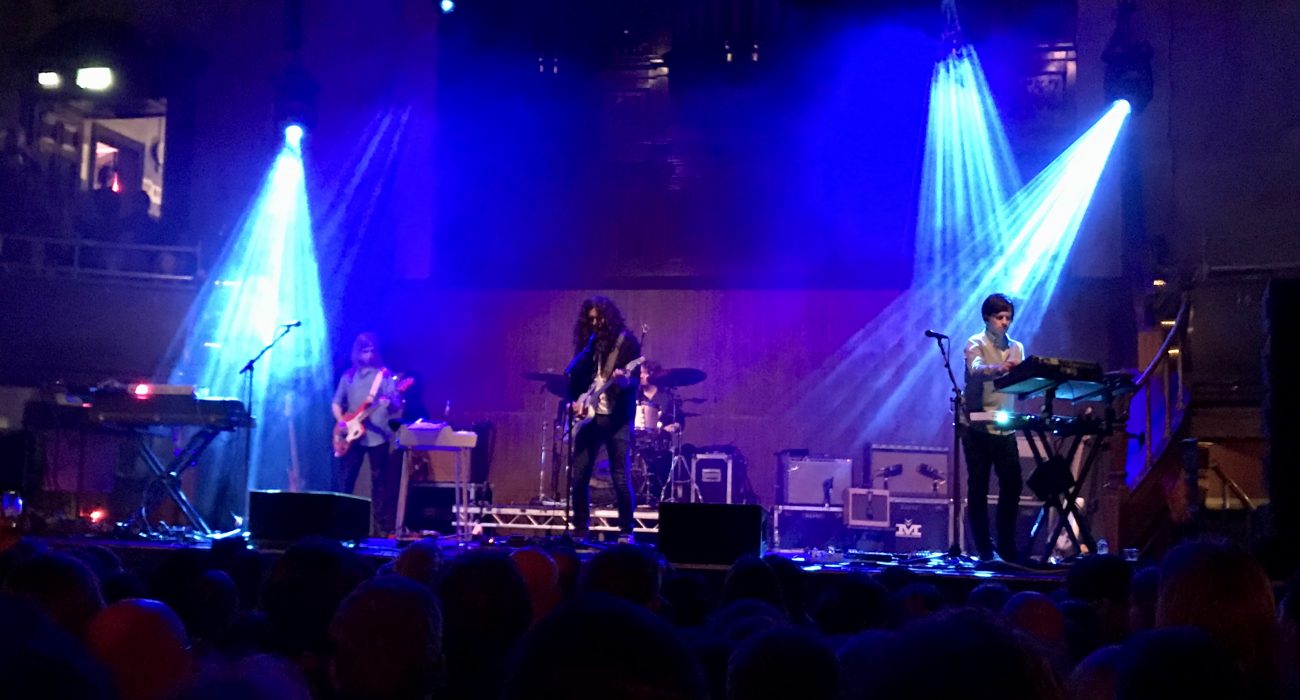 Seeing Kurt Vile and the Violators live is an experience one will not forget in a hurry.

Although the support acts were unique, they were definitely fitting. Mary Lattimore and Meg Baird playing the harp with beautifully airy voices was a pleasure to watch, intriguing the crowd with their talent and warming them up for Vile’s performance.

Kurt Vile and the Violators opened the show with a bang, playing the leading single ‘Loading Zones’ from Vile’s newest album Bottle It In as the first song. The crowd were immediately drawn in, singing all the words back to him. The quality of his voice and guitar playing live immediately took me by surprise, almost replicating his studio version.

Throughout the gig, Kurt Vile played the perfect balance of songs from his new and old albums, which seemed to please every fan in the room. ‘Bassackwards’, a track from his newest album, had to be one of the best-played songs of the evening as Vile’s deeply strong vocals resonated beautifully throughout the Albert Hall.

Lao worth a mention is Vile’s incredible guitar solos during many of his older songs including ‘Walkin on a Pretty Day’. Vile and his two guitarists played in perfect unison, effortlessly exchanging riffs between the three of them. Despite being rather a long track, the crowd remained mesmerised and seemed almost disappointed when the song finally came to an end.

In complete contrast to the instrumental heavy ‘Walkin on a Pretty Day’ was the song ‘Peeping Tomboy’, a track from Vile’s 2017 album with Courtney Barnett, Lotta Sea Lice. Although Vile performed this song alone on stage with just his acoustic guitar, hearing the song in its rawest form was just as amazing as the studio version. Kurt Vile managed to completely fill the venue with his authentic and almost improvised demeanour.

Closing the show was ‘Wild Imagination’ from Kurt Vile’s 2015 album b’lieve i’m goin down… and it was a sorry sight to see him leave the stage. After a period of intense cheering from the crowd demanding an encore, he came back on the play his hit ‘Pretty Pimpin’, and the crowd were utterly elated.

Kurt’s dedicated fanbase had expectations that were not only met but wildly exceeded.  As he changed guitar after every song, it became clear that despite the slightly wayward and wacky lyrics in his songs, Kurt Vile’s talent and ability is nothing but serious as he guided his fans through his spiritual set.

Kurt Vile is nothing but himself on stage: a guitar-loving, frizzy-haired American musician. His aim is not to appeal to the masses or put on a lacklustre big show that would lose his connection with fans. He is instead there to simply play his music to his loyal fans.

Seeing him live in one of Manchester’s most beautiful venues was an absolute pleasure.