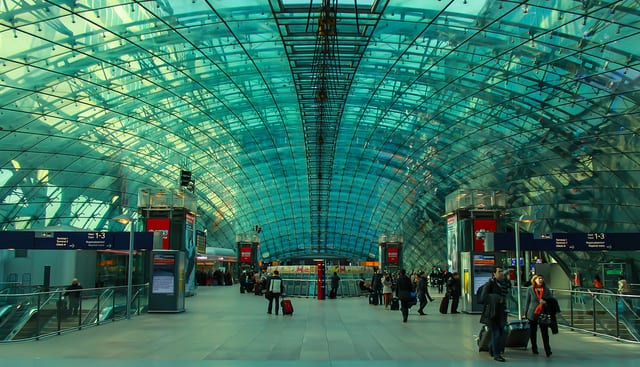 Recently, the EU announced plans to use a “smart lie detection” technique at its borders to detect illegal immigrants. The technology will be trialled at its busiest borders: Hungary, Greece, and Latvia. With contributions from across the EU, one of the groups working on the project is Manchester Metropolitan University.

While an article published by the European Commission has claimed it is a “unique approach,” and the project’s coordinator says it will “increase the accuracy and efficiency of border checks,” the announcement has sparked outrage from experts in the field.

The technology will analyse the micro-expressions of travellers in response to questions asked by a computer animation of a border guard. According to the article by the European Commission, travellers’ facial expressions will be studied for patterns consistent with people who are lying. Those who are flagged as low-risk by the system will proceed to the next stage of checks, while those perceived to be lying will have to undergo a more detailed screening.

The issue with this technology is that it raises the age-old question: can deception be detected by its effect on the body?

The most well-known method of lie detection is the polygraph, a combination of multiple devices measuring breathing, blood pressure, and electrical conductance of skin. It is assumed that these all change in accordance with the emotional response to lying.

In 1922, a judge refused to allow polygraph results of a suspected murderer to be used as testimony, and since then, the polygraph has never been accepted as scientific evidence in court. In 1984, the reliability of the test was analysed, and its accuracy was shown to only be around 64–73%.  Truthful suspects were shown to fail the test 55% of the time in one study, and it is widely accepted that those who know how the system works are easily able to ‘beat’ it.

While there are now more modern methods of ‘lie detection’ available, the same polygraph test used in 1922 is used today in shows such as Jeremy Kyle and Love Island, testing subjects’ physiological responses and assuming increased heart rate or sweating means deceit. ‘Lie detectors’ do not detect lies, they detect physiological responses assumed to correlate with lies.

Outside of reality TV shows, lie detection has moved from polygraphs to fMRI and Brain Fingerprinting and, in the case of the EU border technology, facial expression analysis. Because the modern methods are not as easy to fool as the polygraph, they have been considered superior. However, experts have criticised them for their assumption that deception is expressed in biological markers. Have the techniques really improved if they still rely on the premise that the mind has a physiological, readable presence?

According to results presented at a conference, this specific technology identified liars with 76% accuracy. The team acknowledges this figure is low and Keeley Crockett at Manchester Metropolitan University says they are quite confident of “bringing it up to the 85% level”. But even 85% means that if the technology were to be employed across the whole of the EU, millions of people could be wrongly flagged as liars each year.

Bruno Verschuere, a senior lecturer in forensic psychology at the University of Amsterdam, said: “Non-verbal signals, such as micro-expressions, really do not say anything about whether someone is lying or not.

“This is the embodiment of everything that can go wrong with lie detection. There is no scientific foundation for the methods that are going to be used now,” he continues. “Once these systems are put into use, they will not go away. The public will only hear the success stories and not the stories about those who have been wrongly stopped.”

Although absolutely no evidence exists to support the assumption that lies translate into subtle face movements, or even emotional responses, the project has received £3.95million in funding from the EU.