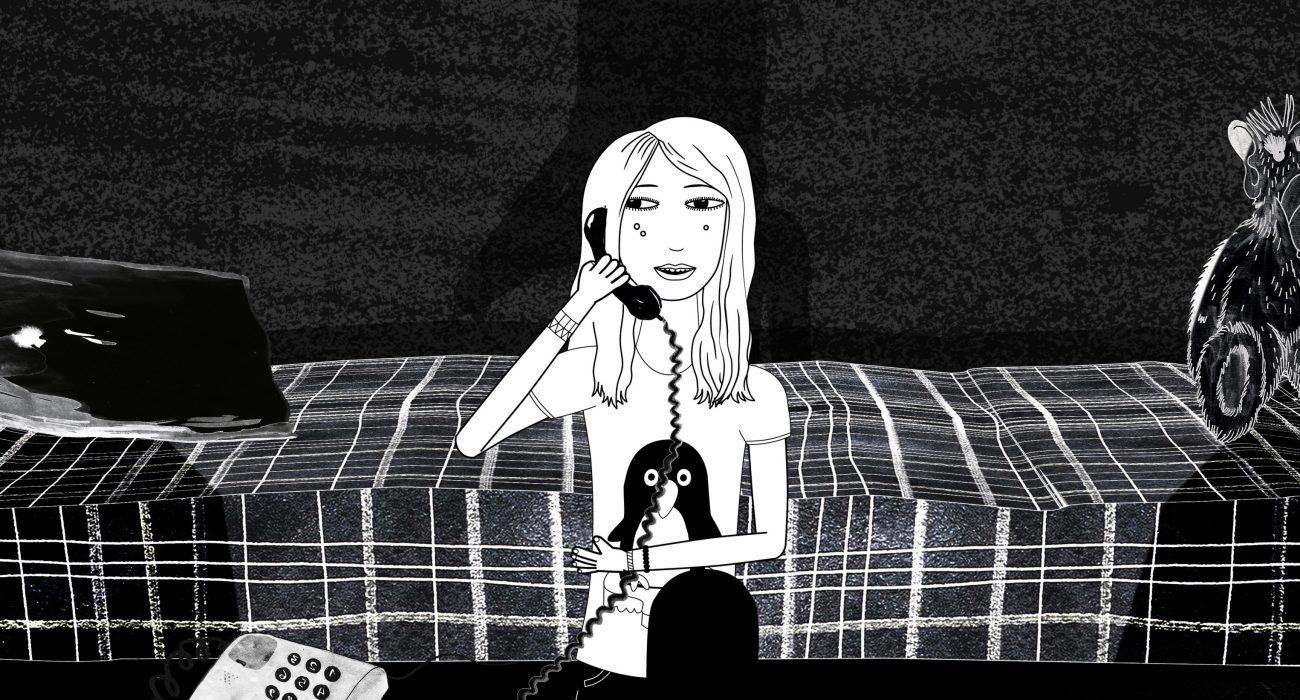 Very few films manage to be as matter of fact and to-the-point as Santiago Caicedo’s Virus Tropical. This animated adaptation of the graphic novel by Columbian-Ecuadorian writer PowerPaola definitely lived up to the Manchester Animation Festival’s goals of showcasing the diversity of modern animation and “viewing the world from different perspectives.”

Setting its tone directly from the opening seconds, we get a brilliantly animated zoom through the Ecuadorian skyline, arriving through a bedroom window to witness the beginning of Paola’s existence, quite literally from the moment of conception. Virus Tropical never lets up from this level of frankness, exploring Paola’s life story from birth to early adulthood. In doing so, it directly confronts a variety of personal and private life moments regarding changing cities, sex, clumsy relationships, family feuds, changing schools, and upholding tradition. All depicted through a distinct, scratchy, DIY animation style and lo-fi soundtrack directly correlating with the film’s stripped-down simplicity.

One of the central connectors between the various events in Paola’s life is the lack of control over her life decisions as a young Hispanic woman. From having her ears painfully pierced by a traditional grandmother to being pressured by society into fitting certain beauty standards, the film implies the generational legacy of this kind of treatment expertly. For example, Paola’s mother is frequently chastised by her mother in law for any flaws in her parenting, despite putting in so much effort. In contrast, her father makes hugely damaging decisions that force changes in the family’s lifestyle, such as losing all their money via misguided banking, yet doesn’t seem to face anywhere near the same kind of stigma, except from his wife.

There’s still not enough good to say about the film’s strikingly simplistic animation, speaking to the importance of the visual style. If it’d been live action, it’s very likely that it could’ve got very dull very fast, but the increasingly evocative ways they manage to showcase everyday life is enough to keep any audience consistently engaged. And it stands as proof that it is possible to make an animated film in a similar style to its graphic novel counterpart that doesn’t look incredibly stiff. Instead, the fluid movements present a vibrancy to the characters against their still backgrounds, conveying a strong message regarding their position in the world.

Disappointingly, however, the film’s ending feels painfully abrupt. While it does end with a solid conclusion to Paola’s arc, it still seems to build up to an exciting character moment and then stops. It left me wanting more and not in a good way.

Virus Tropical itself is tremendously animated, brilliantly voiced, and a marvellous spotlight on the lives of everyday groups not often depicted in mainstream art. I wish it had a better ending, but that definitely doesn’t stop me from hoping it manages to find a fair distributor willing to take a chance and bring it to a wider audience.