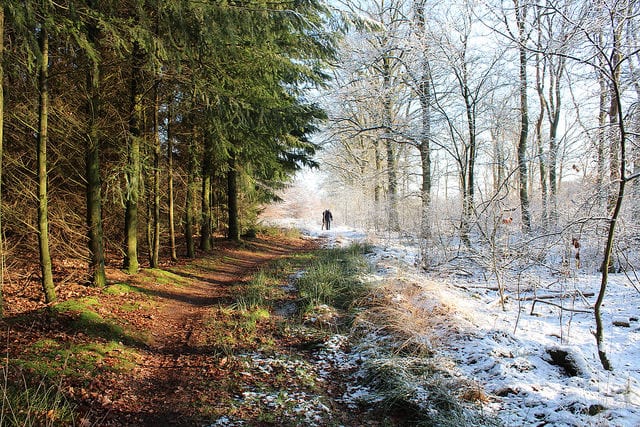 Last month, hundreds of scientists issued a warning about climate change. To keep to the target of only a 1.5C increase in global temperatures requires “rapid, far-reaching and unprecedented changes in all aspects of society.” This call for global change seemed to fall on the deaf ears of governments and politicians, too concerned with other matters of national importance.

Despite this, recent research from the University of Manchester shows the public are willing to change their consumption habits for environmental reasons, showing an encouraging result for collective willingness to combat climate change.

They spoke to a wide range of people, exploring options like sustainable packaging, sharing tools, leasing products like washing machines, and replacing electronic devices less often. The consensus was that people supported a shift towards resource efficiency.

The reaction to the supermarket chain Iceland’s controversial Christmas advert underlines how eager the public is to change their shopping habits to benefit the environment. Many people on social media were surprised by the damaging effects of palm oil to habitat conservation and biodiversity, and many shoppers looked to remove it from their baskets.

Palm oil is derived from tropical oil palm trees. Its mass production has led to deforestation and the loss of animal habitats. The more shocking statistic is that nearly 50% of the products we use daily contain palm oil, making it so commonplace in western homes.

Companies have started to feel this growing pressure from the public to make more sustainable options available to them. This seems to have paid off, with E.ON being one of the first large electricity companies to offer a completely renewable energy tariff named ‘Clean Energy.‘ Many coffee shops also have started to encourage the use of reusable coffee cups in a bid to reduce waste.

How much small changes to our consumption habits can make is debatable. With climate change being one of the largest problems facing mankind, bringing your reusable coffee cup to university will simply not be enough.

Projections show that the UK will exceed the carbon reduction targets it has promised to keep as part of the Paris Agreement. More widespread changes need to be forced through by government laws and stricter industry regulation to get us back on track.

Currently, most government policies are centred around environment focus on vehicles and energy consumption. This is particularly because energy production and transportation make up 25% and 14% of greenhouse gas emissions respectively. They are also the easiest to reduce by imposing government regulations.

The primary problem is that regulations which significantly reduce carbon emissions are argued to inhibit economic growth. Regulation on industry emissions and inhibiting emissions from a single company may influence its potential revenues.

In the US, Trump’s denial of climate change means oil industries in the US may have the opportunity to drill in the areas of the Arctic and Atlantic that the previous administration banned. The lifting of these bans could lead to a boom in the American energy industry. If so, it could potentially make other counties less likely to stick to their energy commitments to remain relatively competitive.

Meanwhile, European governments still show signs to honouring their Paris Agreement pledges. They have even become slightly more productive in the past few years. The UK has gone so far to pledge that half of the new car sales will be hybrid or electric by 2030.

Optimists hope these regulations, along with the increase of more conscious spending by consumers, can change global consumption patterns. But whether this will be enough to stop us from causing irreparable damage to the atmosphere remains to be seen.