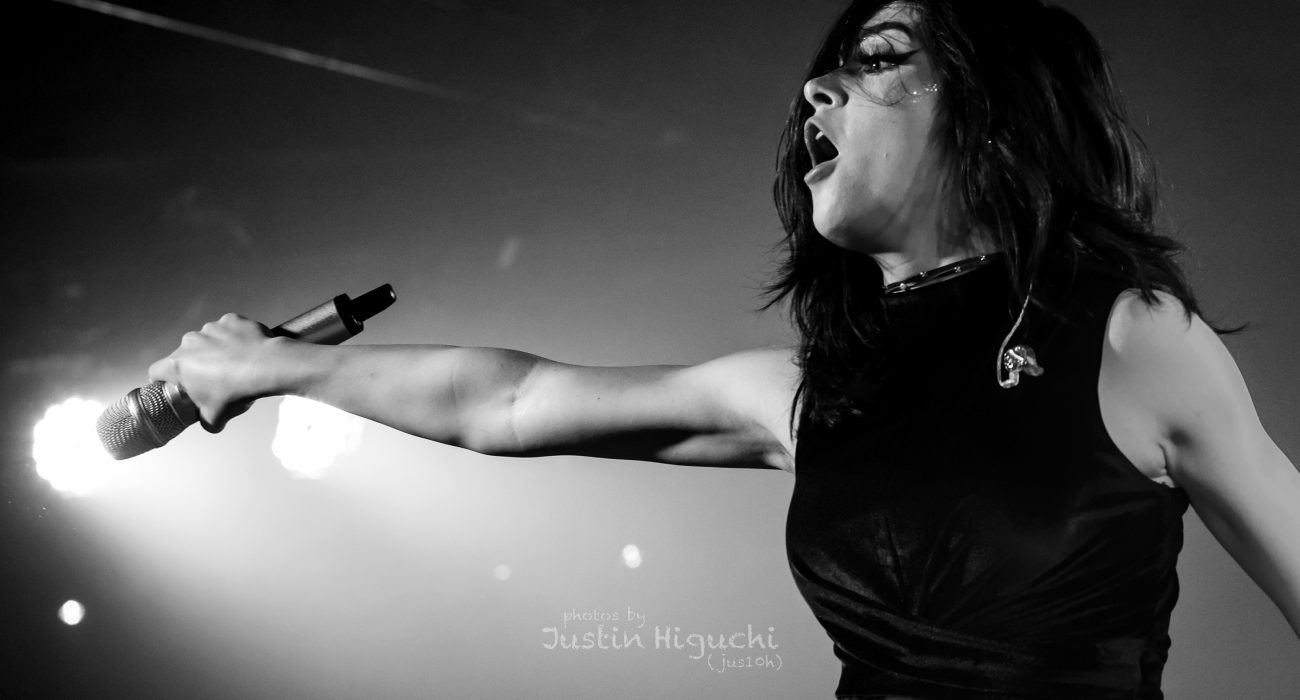 Album Review: Past Lives – Against the Current

The three-man ensemble that is, Against the Current has released a second album with style; including, amongst its promotion, a cover on the magazine Rock Sound. Past Lives‘ electronic sound and fairly minimalistic backing creates a fantastic atmosphere, capturing that feeling of being up in the early hours of the morning after returning from a night out when people are still not quite ready to sleep. The relatively strong beats are met with the calm nature of the majority of the tracks themselves, and singer Chrissy Constanza’s voice compliments this perfectly.

The first truly upbeat track arrives in the form of the fifth song, ‘Voices’, following on from a steady increase which ramped the previous tracks up to this very point. Compared to the opener — ‘Strangers Again’ — the contrast is definitely noticeable. In spite of this, Constanza’s voice retains an oddly ethereal quality. Indeed, whilst multiple songs have more explicit uses of language, the tone of voice limits their impact, in a lovely but somehow mildly amusing manner. The quirks continue elsewhere, particularly visible on ‘Scream’, where certain words are sung in such a bizarrely high manner which, whilst certainly different, detracts from the overall sounds of the song.

On a more positive note, several tracks have fairly uplifting meanings behind them. Unfortunately, the lyrics which show this could be seen as quite clunky; ‘P.A.T.T’, for example, is a song designed to be about the expectations of female beauty standards. Sadly, the lyrics borderline on the cheesy, but the wordplay on the common phrase “Love is blind” acts as a minor redemption for this. Despite these slightly awkward lyrical issues, the song is one of the standouts on the record, along with ‘Strangers Again’.

In fact, the aforementioned opening track and the closer, ‘Sweet Surrender’, are definitely effective bookends; both songs have similar feelings of calmness in their sound, as well as beautifully melancholy lyrics to compliment them. Furthermore, the former increases in sound, whilst the latter becomes quieter. The arrangement is effective throughout, however, with the most upbeat tracks placed firmly in the earlier and middle sections of the listing.

Whilst there are no tracks which stand out as poor, certain songs can be seen as fairly nondescript. For example, ‘I Like The Way’ recalls multiple pop songs due to its fairly generic sound, and ‘Come Alive’ is styled in such a way that it sounds almost more like a Halsey song; fortunately, Against The Current has managed to still own the style. Although the songs occasionally fall into this trap, the band’s twists and (mostly) thoughtful lyrics lead to an evasion of the exact same sound as other artists.

Overall, the album is solidly arranged and the tracks are both well-written and well-performed. Whilst Past Lives occasionally falls into the trap of being generic to the point of accidental associations with multiple other songs, the skilful nature of the writing and unique tone of these songs mainly overrides this issue. The band has clearly found a style which works well with their singer’s voice whilst not overpowering it. Against the Current has successfully pulled off a sophomore album, and they’ve done it fairly impressively.

Tags: Against The Current, album review, Music, past lives