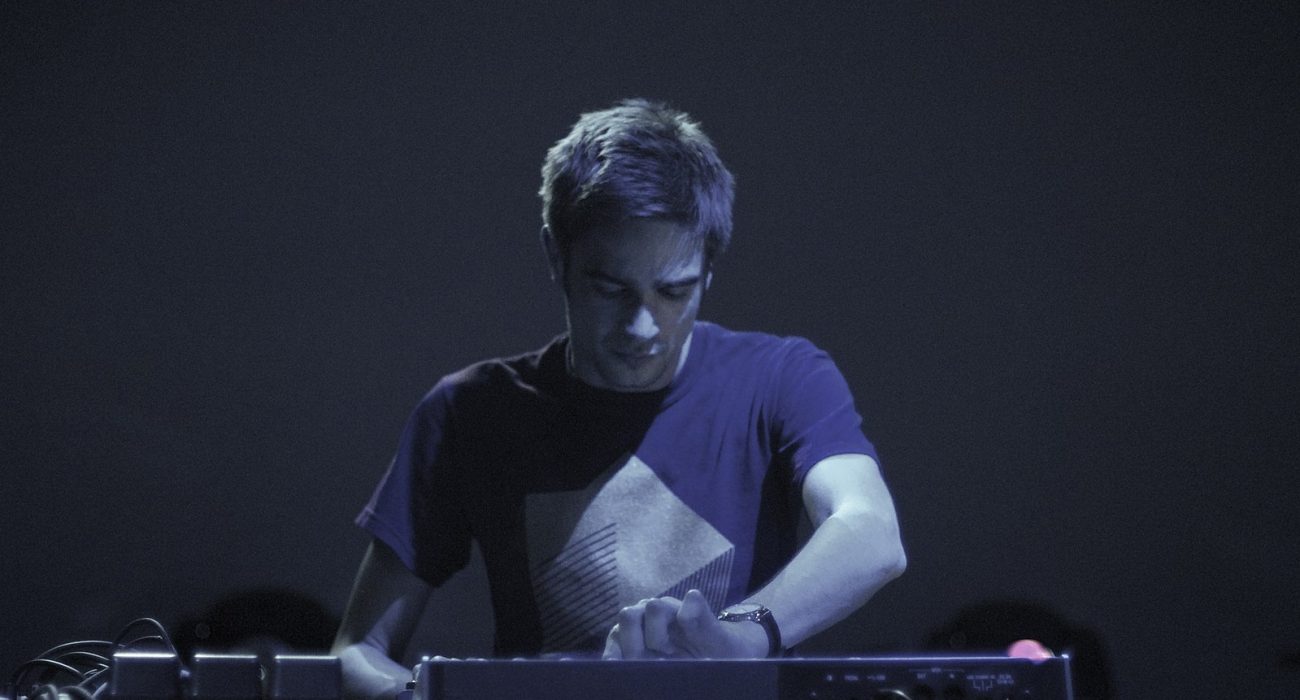 With the release of his critically acclaimed fifth studio album Singularity now a few months behind him, Jon Hopkins’ return to Manchester’s Albert Hall is one which fans have clearly been waiting in patience for.

Taking to the stage backed by an ominous oscilloscope projection, Hopkins immediately begins to layer delicate synth soundscapes atop one another, enveloping the room in a layer of noise. As the sea of visuals begins to intensify, he effortlessly segues into his most recent effort’s title track ‘Singularity’, a move which prompts a huge response from the crowd.

For the first half hour of his performance, Hopkins masterfully works his way through the opening four tracks of his latest album. Ever the advocate of build and release, the producer continually works a perennial sense of suspense into his pieces before breaking them down in a wash of glitch-ridden beats.

‘Open Eye Signal’ marks a turning point in the set. As the eight-minute-long expansive club anthem pulsates throughout the space, Hopkins’ silhouette is backed against hyper-realistic footage of a lone teenager skating through an arid desert landscape punctuated by mountains. As the song unfurls and ascends towards its peak, the footage begins to degrade into a psychedelic haze. By this point, the crowd is fully in Hopkins’ grasp – from the balcony to the dance floor, bodies are propelled along to his caustic beats.

A brief gasp of air comes in the form of ‘Luminous Beings’, an airy and spacious 12-minute number which sees the relentless four-on-the-floor techno replaced with an atmospheric, euphoric moment of serenity. As the song fades out to a raucous round of applause, Hopkins takes centre stage and bows out, thanking the crowd in return.

A brief encore of barely seconds is followed by a return to all out auditory assault. Diving straight into his remix of Disclosure’s ‘Magnets’, the room once again is whipped into a frenzy. The already stunning visuals are now accompanied by a pair of lasers which are lost in the dense fog above the crowd, illuminating the hands in the air affair beneath.

Hopkins turns to Kendal’s finest ‘Wild Beasts’ for his penultimate cut of the evening, playing out his remix of ‘Two Dancers’ taken from their 2009 album of the same name. The lasers pace erratically around the room as the curfew fast approaches, the crowd clinging on to the final few minutes of hedonism. Closer ‘Light Through The Veins’ eventually brings the momentum to a halt. As the stage lights illuminate the swathes of bedraggled punters, Hopkins gives a final thanks to the crowd before exiting the stage.

With a back catalogue as vast and varied as Hopkins’, a set of incessant peak time techno is arguably a bold choice for a Thursday evening crowd packed into an old Wesleyan chapel. Despite the curfew of 11pm being earlier than most would ever dream of leaving the house for a club night, the crowd showed no hesitance in fully immersing themselves into what was a master-class in live electronic performance.