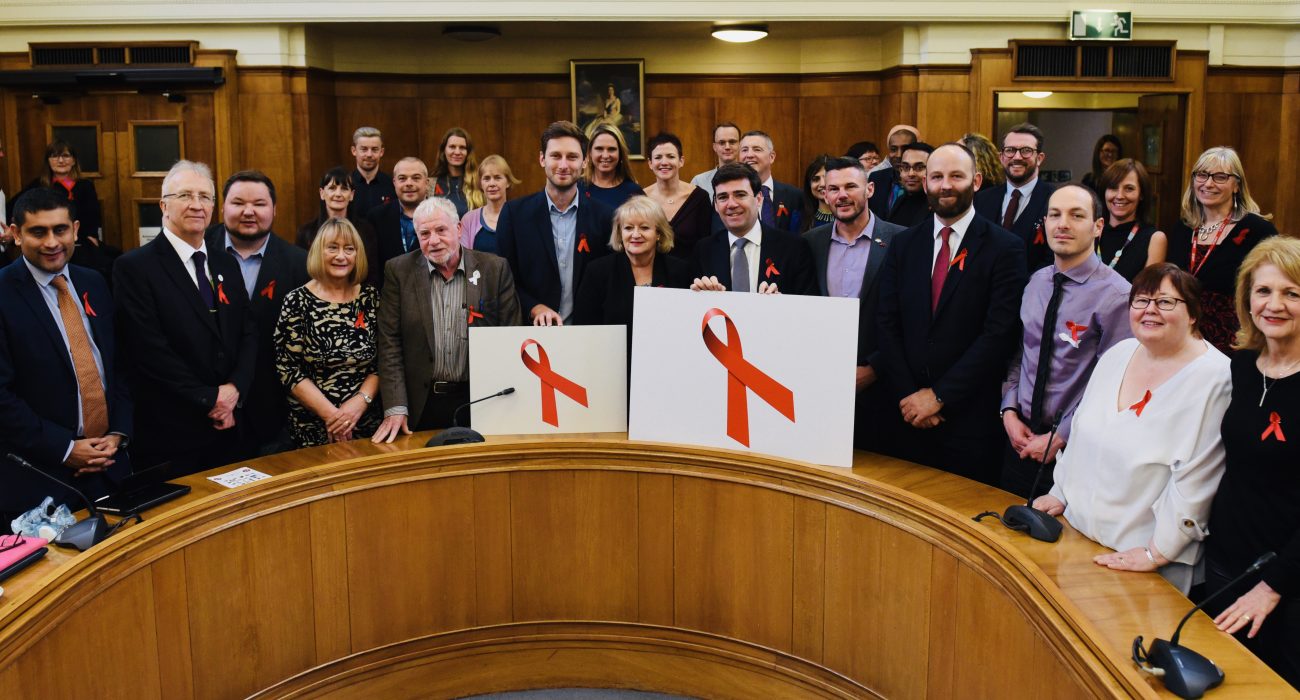 Last Friday, on the eve of World Aids Day, Greater Manchester’s ten local authorities came together with key stakeholders, people living with HIV, and Dr. José M. Zuniga, President of the International Association of Providers of AIDS Care, to discuss further steps about the Fast-Track Cities plans in the near future.

The meeting comes after Mayor Andy Burnham unveiled plans earlier this year at the Manchester Pride Candlelit Vigil for the region to become part of the Fast-Track Cities Network, setting out to fight against the ever-growing cases of HIV.

An investment of £1.3 million from the Greater Manchester Health and Social Care Partnership is now underway to enhance services which enable people to take charge of their sexual health, whilst ensuring that those who test positive for HIV receive the treatment and support needed.

Also at the event, Greater Manchester’s local authorities promised to implement a zero discrimination and stigma policy by 2020.

Dr. José Zuniga welcomed Greater Manchester to the network of Fast-Track Cities in hopes that “every region of the world soon can commit to ending AIDS as a public health threat by 2030.”

Since then, the Council has targets to diagnose and treat 90% of people living with HIV, as well as those who are virally suppressed in Manchester. A suppressed viral load means that someone who is HIV positive can have an undetectable level of the virus, and therefore cannot transmit HIV to someone who is HIV negative.

Steps have already been taken to include a new Manchester GP HIV champion in general practices, who will work closely with the system to encourage more people to get tested.

Burnham said: “Being tested is quick and painless, and something that no-one should feel any fear about doing, and I would urge anyone who can, to take the opportunity to get tested themselves.”

More information about free and confidential HIV testing can be found on The Pash Partership’s website, and on test.hiv’s site.