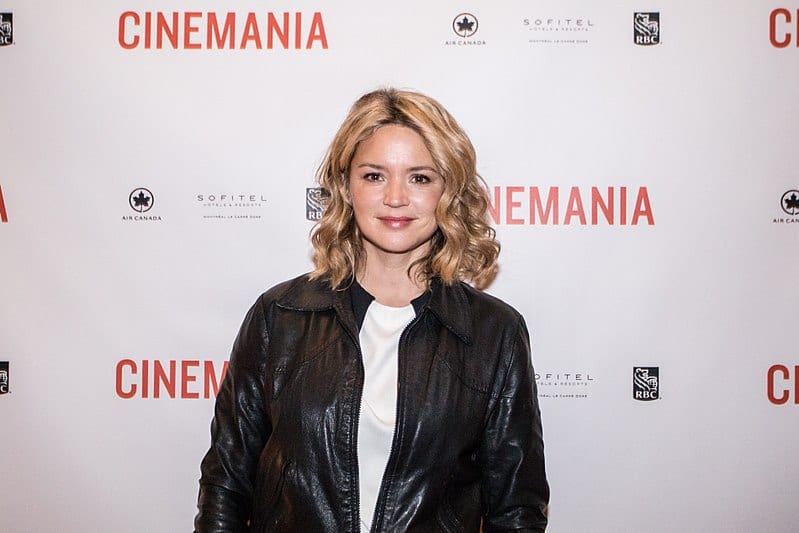 At first, An Impossible Love feels like a fairly typical love story; boy meets girl in seemingly serendipitous circumstances and they spend a passionate summer together in the French town of Châteauroux during the 1950s. This air of romance is enhanced by the summery settings and soft focus of the camera, making Corsini’s subsequent shattering of this fantasy even more catastrophic.

The narrative takes place over the course of roughly 50 years, and follows the blossoming relationship between Rachel (Virginie Efira) and Phillipe (Niels Schnieder) and their lives following the birth of their daughter, Chantal, who provides the narrative of the film from her adult perspective.

Schnieder’s portrayal of Phillipe is necessarily complex. His treatment of Rachel at the beginning of their relationship is gentle, but with a condescending edge that is noticeable yet somewhat forgivable. As the story develops, his narcissistic tendencies become more prominent – it is these tendencies that he uses to inform his attempts to completely shatter the relationship between Rachel and their daughter. When the true abhorrence of his actions are later revealed, it is shocking, yet it fits in with the puzzle pieces we have already been given when building up Phillipe’s character.

The true power of this film is through the development of the two central female characters, who are in many ways, at the mercy of Phillipe’s actions. Both Rachel and Chantal’s lives are very much informed by the way they have been treated by Phillipe. As Rachel, Virginie Efira strikes a beautiful balance between strength and weakness that makes her relatable but not an object for our sympathy. This is reflected in the performances of both Estelle Lescure and Jehnny Beth – who portray Chantal in her adolescent and adult years respectively. All three effectively portray the ebb and flow of the relationship between Rachel and Chantal, which makes the characters eventual reunion in a busy French café an even more beautiful and uplifting close to the film.

Catherine Corsini’s latest offering is a film for women, about women. It’s a warning of the insidious nature of toxic masculinity and its potential destructiveness if left unrebuked. This is a message we need in the aftermath of #metoo; a reminder that a woman’s stories need to be heard, and that as women united we stand, divided we fall. It is a love story, but it is one about the love between a mother and a daughter and it is a wonderful reminder of how toxic masculinity will be defeated by the strength of the love between women, a bond that pervades the generations.