The fight against FGM

Female Genital Mutilation, (FGM), as defined by the World Health Organisation, involves procedures that alter or cause injury to female genitalia for non-medical reasons. Jaria Hussain-Lala, chairwoman of the Greater Manchester FGM Forum, delivered a presentation on the prevalence of FGM as part of Sex Week. Although the discourse focused on a South-Asian perspective, she provided invaluable and eye-opening information on FGM worldwide.

There are four different types of FGM.  The first, clitoridectomy, involves the partial or total removal of the clitoris. The second is the removal of the clitoris and the labia minora. The third type, infibulation, is the most severe and involves the above, in addition to sewing the vagina closed. A small hole remains, from which a woman is expected to urinate, menstruate, have intercourse and give birth.  The fourth involves any other alteration to the genitalia.

It goes without saying the enormous impact FGM has on the lives of females. FGM is performed on girls as young as 6 months old, often in unhygienic and unprofessional conditions. It results in adverse short-and-long-term effects. The use of unsterile blades and equipment can lead to infections, HIV, haemorrhaging, and death. Jaria pointed out in her talk that FGM can have significant effects on a woman’s libido. It can also cause problems with child bearing and has links to psychological disorders.

FGM is prevalent in 45-50 countries. Approximately 200 million girls in Africa and the Middle East have undergone this ritual. The most common reasons for the practice are on the basis of chastity and purity. In the Islamic Bohra community where 90% of girls are ‘cut’, the clitoris is viewed as an impure piece of skin.

FGM is far from straightforward. Debates have arisen surrounding the practice as an act of female circumcision or mutilation. Coupled with the protective blanket of apparent religious custom, the fight against FGM faces many obstacles. Deemed a cultural norm, challengers against the practice can face isolation and threats on the family within society meaning many girls and women find it hard to speak out against FGM. This is contributing to the limited progress in the fight against it. However, some women see this as a necessary practice and an ideological rite of passage. This creates difficulty in a worldwide struggle to eradicate the practice, largely down to the gap in education and hierarchical cultural traditions.

The UK has the largest victimisation in Europe, with 170,000 girls and women affected. There are approximately 65,000 girls under the age of 15 who are at-risk of FGM. However, the UK was the first Western country to introduce laws to illegalise FGM, continuing to revise the Act in order to protect and prevent.

Men are under-researched and often missing in the narrative of FGM. A 2016 study conducted by Kameel Ahmady, interviewed 1000 men in 200 villages across Iran. The research showed that men overall preferred cut women, as they claim to want wives who are ‘pure’ and ‘moral’. Opinion also included that uncut women were ‘out of control’. However, men found that intercourse was less satisfying because their wives weren’t enjoying it, pushing them to seek sexual pleasure elsewhere with uncut women.

FGM, regardless of cultural belief, is a violation of children’s rights. The pain inflicted upon a young girl can have lifelong impacts. With increased education, awareness and continued efforts from organisations such as the Greater Manchester FGM Forum, perhaps the world will soon see a significant decrease in the number of FGM cases. It is essential to place women’s sexual health and well-being at the forefront of minds and communities. Awareness is key in the worldwide attempt to reverse existing cultural norms that harm women and girls. 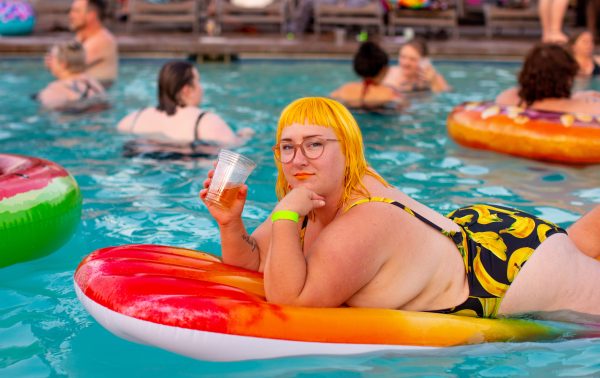 No pressure to be positive—just be body neutral