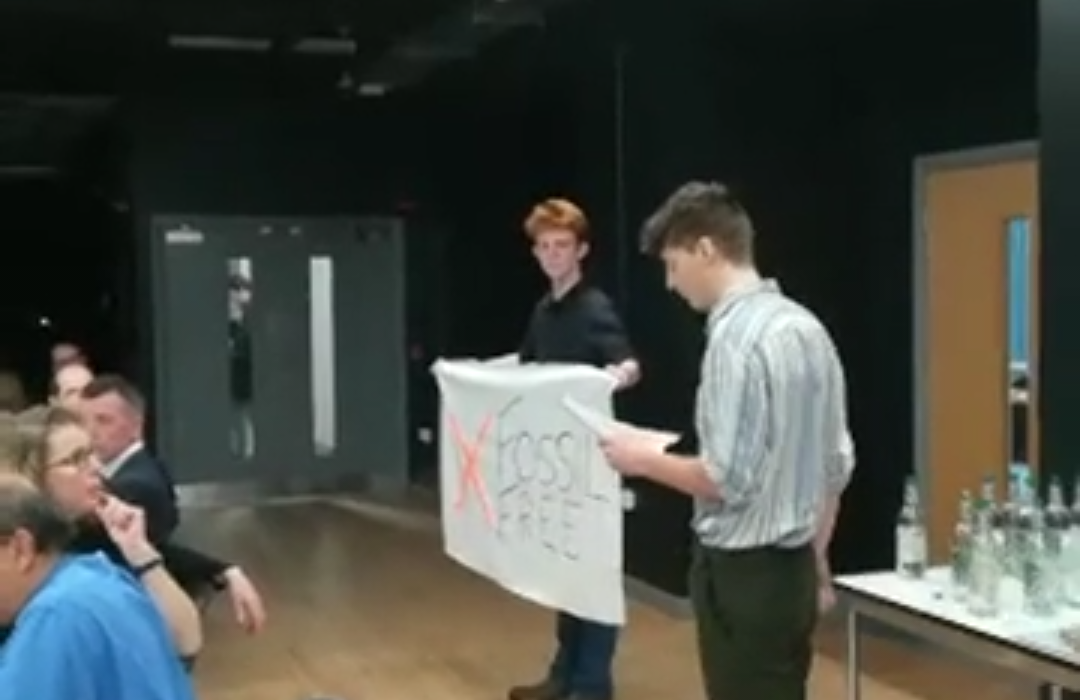 Several student activists interrupted a meeting of the University of Manchester’s governors this afternoon.

Climate change group ‘People and Planet’ burst into the meeting in the Students’ Union (SU) to campaign against the University’s investment in fossil fuels, members of the pro-Palestine BDS (Boycott, Divestment, Sanctions) group are also believed to have stormed the meeting.

A live video posted by the People and Planet group of their entrance into the meeting quickly gathered hundreds of views online.

In November, The Mancunion revealed that the University has nearly £10m invested in fossil fuel companies, despite priding itself on being the first English Russell Group university to join the United Nation’s Principles for Responsible Investment (PRI).

People and Planet commented on the protest saying: “We’re part of the campaign that’s been ongoing for seven years and we’ve tried all sorts of tactics to reach the governors.

“From petitions to protests, to putting papers into the governors themselves, and they haven’t listened. We feel like we have no other option at this stage.

“With the meeting being in the SU, we felt it important to have our voice heard because it hasn’t been for the last seven years.” 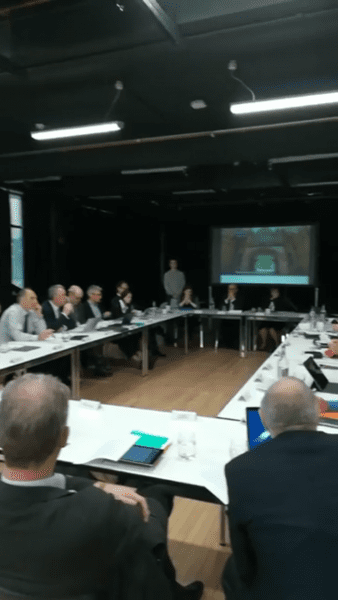 The group believe their target of a wholesale University of Manchester divestment is achievable, given the University of Liverpool’s decision to do similar in November 2018.

The activists also claim that they were told by a finance board member to “use the vehicles” available to them in order to get their voices heard.

In a November interview, People and Planet’s publicity officer told The Mancunion that there had been little effort by the University to comprehensively review their investment portfolio and prevent future investment into fossil fuels.

A University Spokesperson said: “The Board of Governors meeting was briefly interrupted by a small group of students protesting the University’s current Socially Responsible Investment (SRI) policy. Those present at the meeting actively engaged with the students and listened to their concerns.

“Our Board Finance Committee, which determines our investment policy, will continue its considerations of ethical investments. As a university, we work closely with our investment managers to ensure our portfolio complies with our published SRI policy and considers Environmental, Social and Governance (ESG) issues as well as financial factors.

“The SRI policy we have developed allows the University, as a charity, to pursue an ethical investment approach, whilst minimising any potential negative impact on its investment returns.

“In relation to the protest itself, as usual, the University recognises students’ right to protest peacefully, providing that this does not unduly disrupt the conduct of the University’s normal business.”