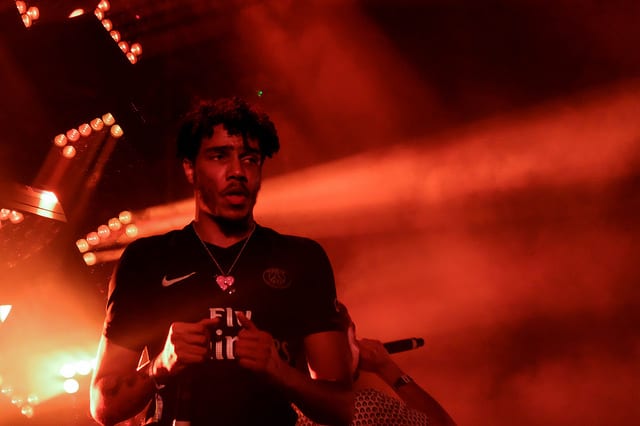 AJ Tracey’s debut album has been hotly anticipated for a while. The rapper first appeared on the scene in 2011, with his first release back in 2015. The long-awaited result is an eponymous self-released collection of rap tracks. The overall feel of the album is energetic and smooth, reminding us why AJ Tracey continues to be applauded.

The production of AJ Tracey is simply slick – the whole album feels tightly constructed. Each track feels deeply layered, and with each listen the tracks seem to reveal something new. The amount of work that’s clearly gone into this album means that the it has been more than worth the wait.

Songs like ‘Wifey Riddim 3’ and ‘Butterflies’ offer rhythmic experimentation and feel certain to be club classics in the next few years. The collaborations with Not3s, Jay Critch, and Giggs inject something different with each influence, and the album is all the better for it. Not3s’ influence on ‘Butterflies’ is particularly notable – the track is a personal favourite with its hypnotically heavy beats and melodic first verse. Tracey’s personal take on UK/Caribbean sound feels unique and – to an extent – experimental. ‘Necklace’, meanwhile, feels lower, faster and slightly more synth-like in overall sound. The influence of artists like Giggs and the grime genre as a whole on Tracey is evident on this album, especially on ‘Doing It’ and ‘Nothing But Net’.

The album opens with ‘Plan B’, a slickly produced track that combines an ethereal selection of vibraphone-style sounds with low beats. It’s a smooth beginning, combining beats with rolling lyrics. It feels almost unsurprising that the opener is the oldest song on the album. There’s something about the song that feels comfortable – there’s nothing massively exhilarating or experimental about the track but it is very good. The transition into ‘Jackpot’ is delightfully effortless, showing the seeming ease with which AJ Tracey produces endless tracks that feel energetic and lively.

Another highlight comes in the form of ‘Ladbroke Grove’. Beginning with a remixed sample from Jorja Smith, Tracey shows that the power of London on music is still just as influential as it always has been and that the scene as it stands really is at its best. The post-chorus of Smith’s beautiful vocals singing “No one feels the same/no one sees myself like you do” injects something soft and almost melancholic into the track, providing a refreshing break from the heavy beats. The mix of genres is stunning, and Tracey really has proved his skill with this album.

The album ends with ‘Triple S’, a fast-paced and excellent ending. Loud, sample-led and rhythmically brilliant, AJ Tracey shines, particularly on this track. The song feels powerful, self-assured and perfectly crafted. The genius of musicians such as AJ Tracey should not go unrecognised – the album as a whole is concise, perfectly constructed and produced with great care. The execution of the production combined with his both his lyrical ability and vocal rapidity – which both should not go unacknowledged – mean that the album is, frankly, one of the best rap albums to be released on the London rap scene in the last five years.

AJ Tracey made us wait for his eponymous debut, but it’s safe to say he really has hit the jackpot.