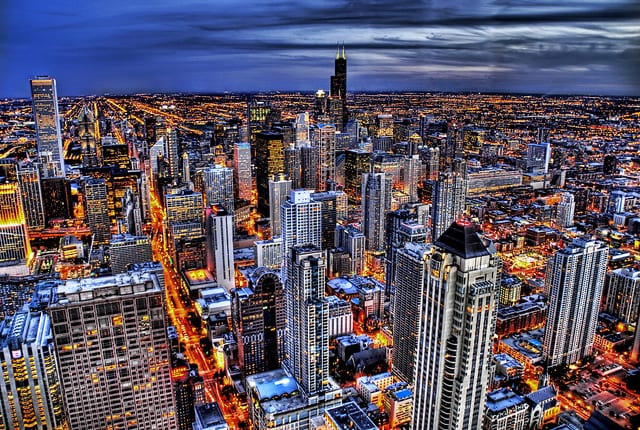 The world stands at the edge of a new industrial revolution. Industry 4.0 and associated movements promise to revolutionise manufacturing, services, infrastructure, and healthcare through greater connectivity, data analytics, and cloud computing. The outcomes are ambitious — smarter computational tools, automation of increasingly complex tasks, and, in the extreme, even artificial intelligence.

The foundations of all these movements are built on the flow of information. In the latest generation of manufacturing plants, data from every single piece of equipment is continuously collected and streamed to a network that can extend over an entire supply chain. This Internet of Things facilitates decentralised decision-making on the performance and maintenance of plant behaviour, down to a single component.

As you can imagine, the data collection devices are an integral part of the system. Arguably, the decreasing cost in sensor technology is driving this new wave of innovation in data analytics. It is no surprise that bettering the efficiency and efficacy of sensors and their supporting parts is the subject of much work in the information age.

New research at the University of Manchester has led to the creation of a device that can harvest energy from both the wind and the sun. Targeted at the powering of large-scale remote sensor networks, it’s the first device of its kind to utilise both solar and wind energy.

Enough wind flows over the world’s land and coastal regions to power global power demand five times over, and the same amount of energy all of humanity uses in a year arrives on the Earth’s surface every hour. It makes sense to power more of our tech on these renewable resources. But marrying these two elements into a single energy harvester was a stroke of genius from the team at the University of Manchester’s School of Mechanical Engineering.

This factor is important. In large scale sensor networks, changing batteries even just every once in a while is often cost-prohibitive, and in remote networks it’s an impossibility.

To harvest wind energy, the device’s design is based on the concept of an ‘inverted flag,’ which essentially works as a normal flag — flapping about in windy conditions. Built out of the right materials, the inverted flag can convert this movement into electricity. With piezoelectric materials, stresses and strains actually create a small electric current. It’s a little like rubbing your hands together for warmth, only instead of heat energy the flag produces electrical energy.

By making the outer layer of the flag out of flexible solar panels, the flag can still generate electricity when it’s not windy. Unexpectedly, the added weight of the solar panels actually makes the flag’s flapping behaviour better suited for piezoelectric energy generation.

The team intended the inverted flag to be used for powering large-scale remote sensor networks, such as those necessary for smart city infrastructure. Such sensor networks are already seeing rollout in cities around the world. In Amsterdam, pedestrian data is used to selectively dim streetlights in low-traffic area, leading to energy savings. In Barcelona, emergency response teams use data from a computer model of the traffic system of the entire city. When their vehicles approach junctions, the system automatically changes the lights so that the emergency vehicles are let through.

The research team thinks that the inverted flags can be used in further applications as well. In fitting with renewable energy harvesting, the devices could be used to power mobile charging stations for electric cars. In distributed networks across the country, they could be used for environmental condition monitoring, leading to more accurate weather predictions and climate data collection.

There are even bigger plans are on the horizon too. The team has future work that will upscale the concept to use multi-flag configurations, similar to wind farms, that will harvest enough energy for large-scale power generation.