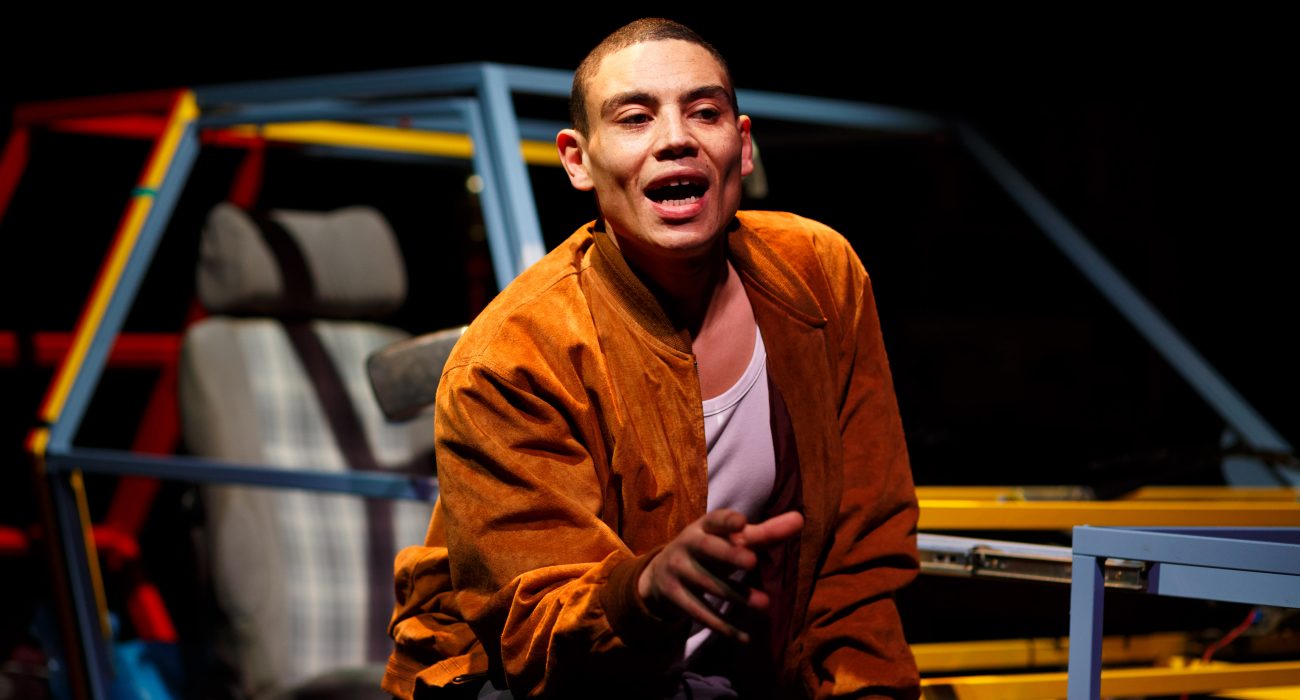 ‘I’ve got two dads…One of them is my father, the other is just a cock with balls.’

In his new one-man play Sparkplug at HOME theatre, David Judge offered an unexpected view on the complexity of cultural identity through the story of his chosen father. From Bob Marley with ‘Menace in his eyes’ to a confusion at Butlins involving a Micheal Jackson dance (which it is worth mentioning was exceedingly well carried out), Judge took us on a road-trip exploring the fluidity of fatherhood, the transience of family and the less frequently discussed concept of white outcasting. This performance culminated in a thought-provoking comment on the complications domestic and cultural society impose on individuals.

Brought up in Manchester, and choosing to identify as a Mancunian over the hotly debated and complex criteria of ‘mixed race’, Judge emphasised the importance of the individual in this 80 minute drama. As the audience entered, they were faced with a set suggestive of an old garage: surrounded by clutter, the skeleton of a car took centre stage. This was revealed to be painted with primary colours, reminiscent of childhood and simplicity. Detachable headlights and number plates were creatively used throughout the piece to transform the car into different models, reflecting change and transition through the use of a nostalgic object.

Judge’s decision to start offstage was different to that of some monologue plays performed recently in Manchester, but one that was relevant in its reflection of his taking on the character of his father, Dave. Despite the fact that his playing the role was not his original intention, his composed and engaging portrayal of his own father added another layer that highlighted the realism and semi-autobiographical nature of the piece.

Judge’s outbursts of anger were emotive but perhaps more impressive was his masterful return from these moments to a steady story-telling level of energy. These changes in acting were as fluid as the changes of the car, reflecting the transient nature of identity. Equally engaging was his willingness to take the audience through the ‘red-brick tunnels’ of his father’s life. Judge successfully exposed the setting of the city of Manchester as one that was full of comforts, but one that also morphed into a hostile environment, playing on the vulnerability of human identity.

Judge’s impressive multi-rolling and mastery of difficult accents (from a terrifying Northern Irish Grandma to a Ghanaian couple) was a fitting choice for a story that was haunted with the questionable absence of familial figures and blood-relations. This being said, the poetic repetition of ‘I’ve got two dads’ at the beginning of the piece perhaps suggested more exploration of the character of Judge’s biological dad than was carried out. This, however, was effective in its own right as the audience was placed into Judge’s shoes in their having to accept that some questions will forever remain unanswered.

Fundamentally, Judge bought new and exciting ideas to a form that has proved popular in recent years. The relatable domestic themes seemed to bring the audience closer to the more difficult ideas surrounding identity and this was done with the successful combination of Katie Scott’s subtle set design, Chris James’s meticulous sound design and, or course, Judge’s accomplished acting.

Sparkplug runs at HOME until 23rd February and tours until 13th April. 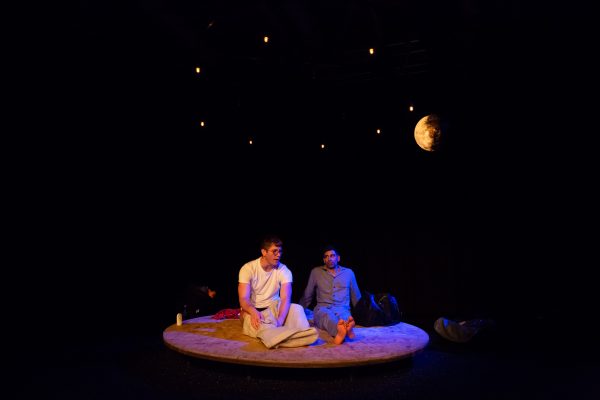 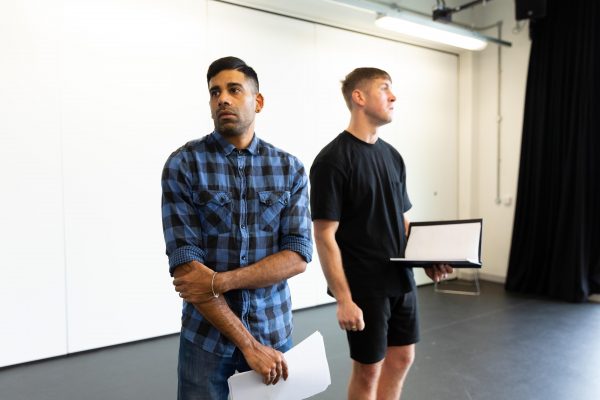 Interview with the director and cast of Under Three Moons