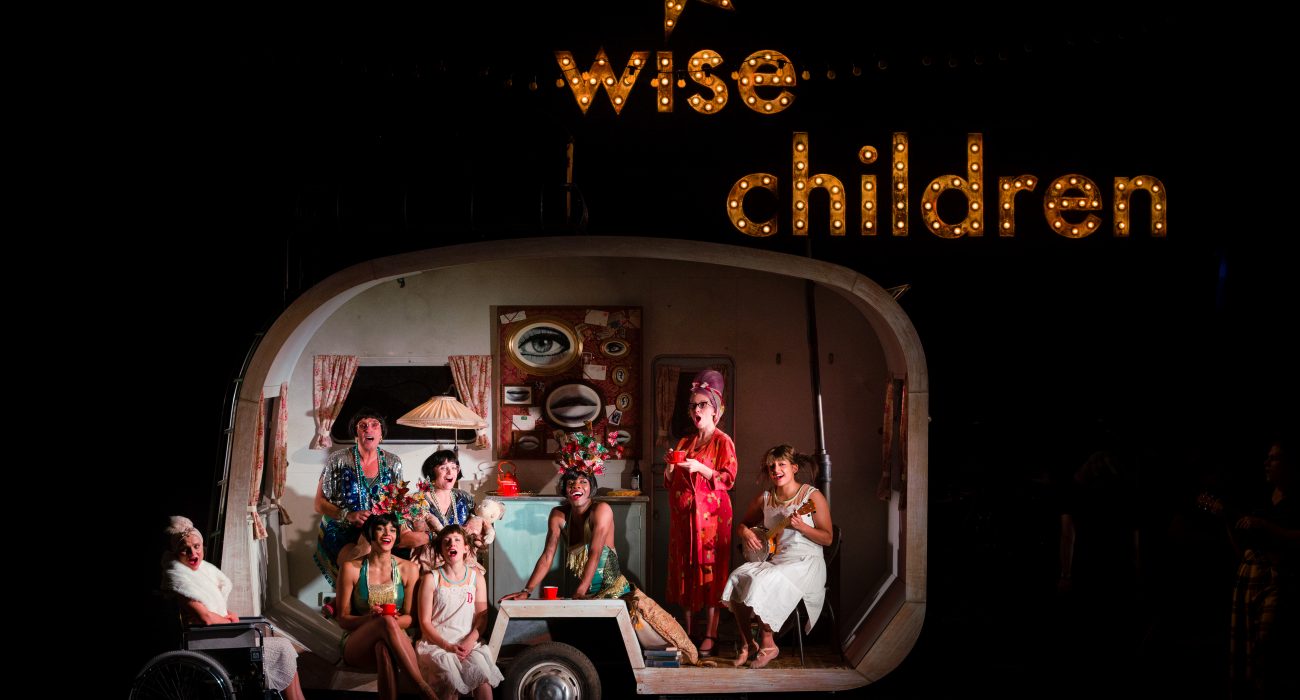 In Brixton, twins Nora and Dora Chance share a birthday with Shakespeare (23 April) and began the show celebrating their 75th birthday. They are estranged from their wealthy actor father Melchior Hazard who also shares their birthday.

This show was utterly unique, capturing and delighting my imagination. The story follows stories across multiple generations, incredibly using actors of all shapes, genders and races to take us through the life (and lies) of the Chance sisters.

Emma Rices adaptation of visionary Angela Carter’s final novel, Wise Children, launching her new theatre company of the same name and its London residency at The Old Vic. Emma Rice is clearly out to create a phenomenon with her theatre company, born out of Rice’s own infatuation with Angela Carter’s work. She really captures the sentimentality of Shakespeare as well as the magical realism of the play and the mystical connections with the story and its three sets of twins. 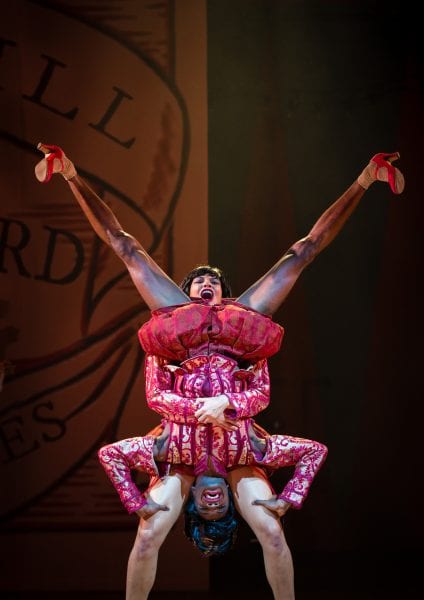 As a fan of Carter’s work myself, I know that everything she wrote has intentional and powerful meaning. The creative adaptation and its incorporation of song and dance contrasted well with the dark parts of the plot. The choreography was immaculate and somehow decadent, with beautiful balletic movements along with bawdy, jaunty choreography. Standouts included Melissa James and Omari Douglas as the young adult Dora and Nora Chance respectively.  They worked stunningly together and portrayed gorgeous showgirls who were also struggling with their identities. Douglas, in particular, had an incredible stage presence and a beautiful singing voice.

The other standout was Katy Owen as Grandma Chance. She was simply hilarious and virtually unrecognisable when she appeared again as a teenage Imogen Hazard. The audience were frequently left in fits of laughter by her crass humour and unexpected stripping.

It was heart-wrenching to experience the pain of the Chance sisters, as they were constantly ignored by Melchior, and also there was uncertainty around whether he is actually their biological father. It was to the credit of the performers and direction that the emotional moments were just as impactful as the comedic ones.

The set design was truly incredible. With open wings and a moving caravan, the audience could experience every element of both the showgirl life and the ordinary life the Chance sisters lived. The actor-musicians was a beautiful and immersive touch which worked perfectly in the context. The set was stylistic and stunning, there was always so much to look at but this never became overwhelming. The exposed nature of the set mirrored the expose people and characters.

Wise Children is bizarre and captivating and so much more than you could ever expect. We were left with the beautiful voice of Mirabelle Gremaud and the cast singing ‘Girls Just Want to Have Fun’  in a beautiful folk style, and the phrase: “What a joy it is to dance and sing!” and this show was certainly a gloriously chaotic and beautiful show to behold.

Wise children is touring across the country until 6th April.