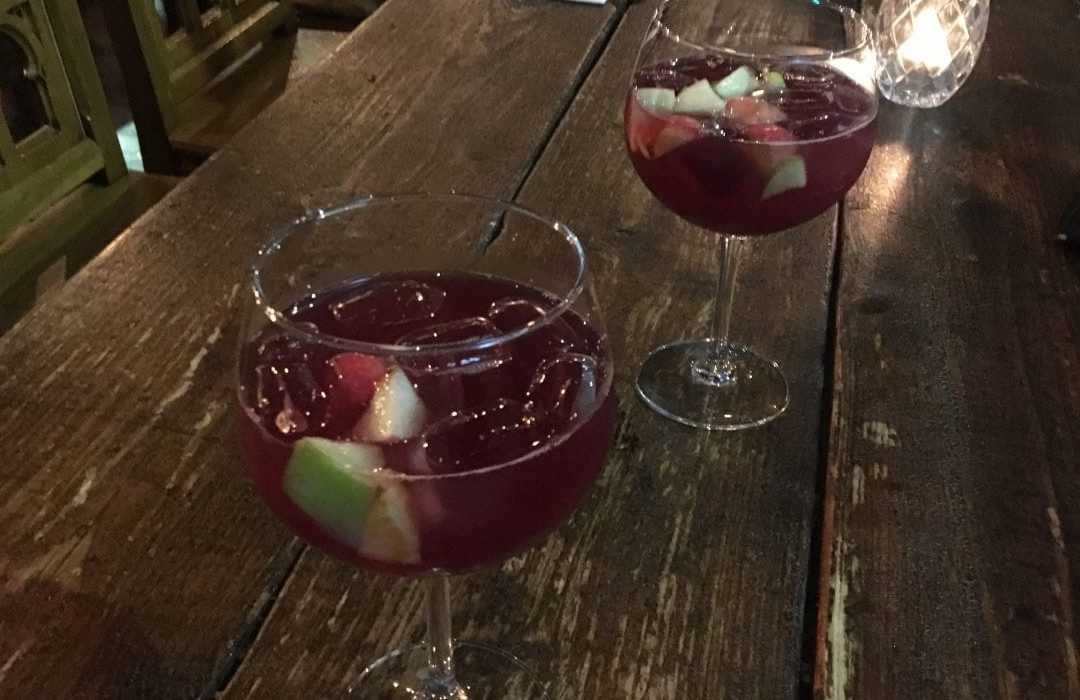 Evuna is a tapas joint tucked away in the Northern Quarter. It was a toss-up between El Gato Negro and Evuna, but in the end my friend and I settled on Evuna because it was slightly cheaper. Two large glasses of sangria, three tapas dishes, and a large pan of paella came to roughly £40 — split between two, that’s £20 without student discount. Reasonable value for money, but still not worth it. One of my least favourite moments in life is the realisation that the meal just isn’t that good. I am the sort of person who studies menus a week in advance. I’m quite aware that I take food too seriously.

The restaurant itself is lovely, with its warm lighting and wood panelling. It felt like a cross between a Parisian bistro and a Spanish restaurant. The service was good. The sangria was excellent — often, you order sangria and you are presented with a sad glass of wine over-diluted with sparkling water. This sangria came in glasses the size of baubles, alongside healthy doses of brandy and lots of chopped fruit. We were eating it out of our glasses by the end of the meal.

In terms of tapas, we went for albondigas, or meatballs, chicken in paprika sauce, and chorizo in red wine. The chicken in paprika had an overly creamy, underseasoned sauce, which left little of an impression save blandness. Both the albondigas and the chorizo had a textural problem. If it was one dish, I could have put the blame on myself for ordering three dishes that were heavy on the sauce. But the meat felt a little too soft; it could have done with a sear in the pan before it was put into the sauce, just to vary the texture. The sauces were admittedly delicious; we ordered bread in order to wipe them up. Sadly, the bread was the best part of the tapas. It was served as it should be with balsamic vinegar and olive oil.

I was hoping the paella could redeem the starters. Although it looked promising — loaded with monstrous prawns, and so filled with saffron that our fingers were stained a nicotine yellow the next day — it too felt bland. Even after I’d doused it with enough lemon to bring the prawns back to life, it wasn’t anything particularly special. One sub-par dish I can tolerate. Three, verging on four, and I won’t take the chance of another letdown. Stop by Evuna for a glass of sangria or two, but take your hunt for the best tapas in town elsewhere.