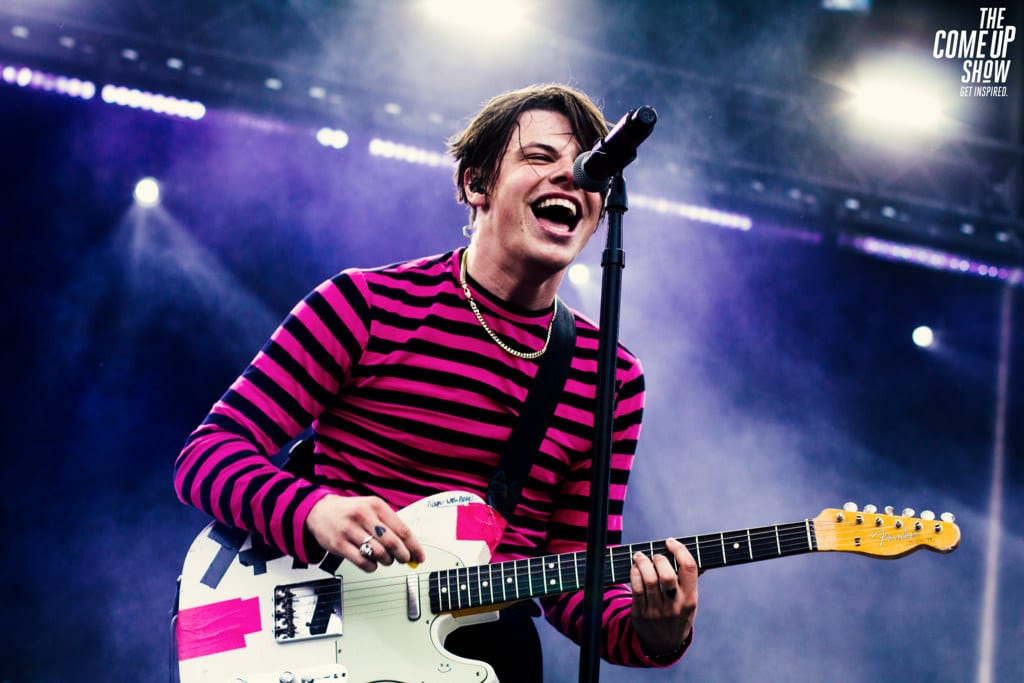 In the wake of his latest release, ’11 Minutes’, Yungblud (aka. Dominic Harrison) has been proving to the wider music industry that his impressive on-stage energy and driven, politically empowered tracks have a place in the current protest alt-rock revival.

It’s not often that I find myself in the world of anything gracing prime-time radio, but Yungblud’s sold out Academy 2 gig seemed an appropriate entrance into the rap-rock singer’s mindset, supported by American Carlie Hanson. The Doncaster-bred artist has risen the ranks recently into a favourite of the pop music scene, with his gritty Yorkshire accent, politically fuelled protest rap and distinctively rock-based songs. These artists are receiving the kind of media coverage and publicity that is sky-rocketing their careers from grassroots to world-famous. Which would be satisfyingly refreshing if it didn’t feel as though it had come at the expense of their artistic integrity and musical quality.

There’s this horrible rhetoric in the music industry that success isn’t conducive to talent. It’s all about marketing. And unfortunately the whole night felt like the result of a fine-tuned marketing exercise rather than a display of art. Which, believe it or not, is what music is supposed to be. The crowd demographic was firmly reflective of this too. I felt ancient compared to the plethora of early-teen girls, squealing in excitement in the corridors before the gig. Stood at the back of the venue, I was surrounded by slightly impatient looking parents, checking their phones or watches every ten minutes, wondering what the fuss was all about.

Carlie Hanson took to the stage first, supported by a duo of guitarist and half-naked drummer. At first, I was optimistic; seeing a female singer thrive is after all what we like to see in a industry plagued with misogynistic tendencies. However, as much as I am willing to support a fellow woman, as her set progressed, all I could think about is how much she reminded me of a cruder, vocally flatter version of much better bands, like POLO’s Kat Hughes. Her latest releases ‘Numb’ and ‘Only One’ received coverage on Billboard and VEVO, and apparently Taylor Swift listens to her. If that’s true, then I’m fiercely disappointed. Carlie seems to be representative of the American music industry at the moment, which is monopolising the radio waves with cheap, poorly written, over-produced ‘summer-anthems’ which convey little lyrically and fail to progress the industry past the commercialism that plagues it.

In one song, Hanson broke into spontaneous beatboxing, which was both confusing and agonising to watch. Then there was the awkward moment that she spoke to the audience between songs. In a short speech laced with an astounding level of use of the F word, she demonstrated exactly how swearing demeans a good argument. Despite attempting to make an excellent point about self-empowerment, all I could think was – aren’t there other words in her diction apart from f**k? Finally, we come to the songwriting. Which felt non-existent. Each track was full of slightly confusing anti-climaxes and a shocking lack of structure inviting the generic set that critics dread; in the wake of all this, the crowd loved it. And that was the most horrifying part of all.

Next up was headliner Yungblud, who took to the stage with a staggering energy for which he has become renowned for. Never have I seen an artist with such a consuming stage presence. The set opened with spoken word poetry, which set the dynamic of the evening with a firm nod to a political commentary that has become more present in music coming out of the North at the moment. The opening track combined a musically impressive synthesis of rap, rock and reggae which is testament to the songwriter. However throughout each track, his punk roots were evident and resounding. The crowd’s involvement was incredible, and for a brief moment, Yungblud seemed to be in awe of it himself, taking a step back and watching with a slight shake of his head as the audience sang his lyrics back to him. Despite the confidence and ego that comes across onstage, it is clear that Yungblud is still very much the Yorkshire artist he started out as.

A combination of radio-hits and politically driven protest raps provide an eclectic and impressive portfolio from Yungblud. His stage presence is to be commended, providing an enthusiasm and passion which draws in both fans and newcomers alike in a way which is reminiscent of Freddie Mercury in Queen’s early years. If only he was sticking true to his local roots, instead of being dragged into the commercialised vision found in America.