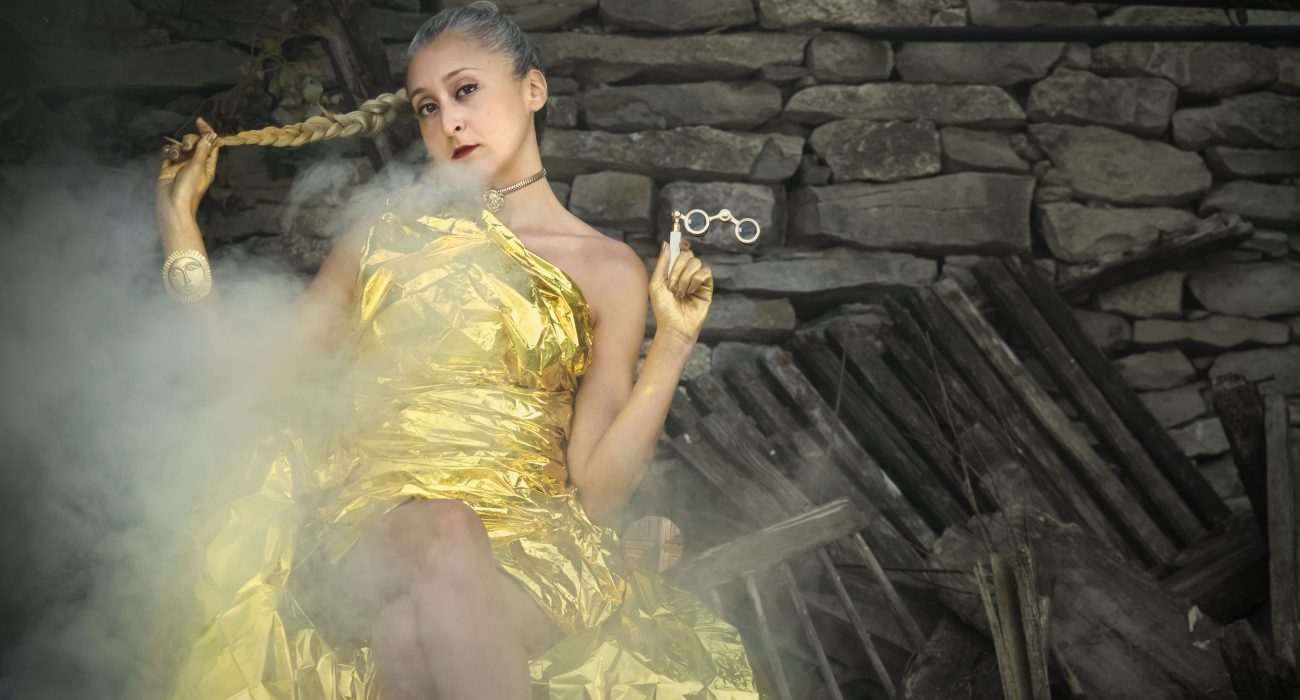 A scathing indictment of popular culture, Kourtney Kardashian was undeniably bold and vivacious, yet somehow understated at the same time. Through the structure of an opera, the play demonstrates both a love and a hatred of the high art form and provides its audience with an insightful contemplation of society constantly losing its grip on reality. The Sleepwalk Collective truly live up to their reputation as masters of experimental theatre, although it can be, at times, difficult to process.

Undeniably this is a play of contrasts. A confusing sentiment of both agonising simplicity and overwhelming complexity consumed the stage as the pair of actresses manipulated the boundaries of reality and fantasy to almost perfection. The use of vocal expression by both actresses was highly effective as the calm and soothing voices both put the audience at ease and also created a sense of tension. Both actresses, dressed in metallic crinkled gold dresses and white painted faces, were totally aware of the audience. This was both refreshing and unnerving.

The language was beautiful, like watching living poetry. You could shut your eyes throughout the performance and still feel just as connected to the performers. I did, however, feel that the communication with the audience was lost at certain points and the meaning felt slightly out of reach. This was perhaps due to the constant both physical and metaphorical breakdown of the theatrical elements.

The multi-speaker sound system chorus and an orchestra of laptops was the first striking feature of this play. Again, the direction plays on contrasts as the soothing, natural orchestral music was played harshly and loudly through the speakers, a total attack of the senses, sometimes to the point of discomfort. By having recorded noises of the audience, we were denied our expected role within the play and replaced by machines, an idea that feels as if it has come straight out of a Black Mirror episode. Our role in Kourtney Kardashian was no longer audience member, but friend and fellow human.

The final words resonated strongly as they gently reminded us “the world outside the theatre is never tidy or kind”, a reminder of the reality that awaits beyond this ethereal experience. Never has a play felt more like a dream land, yet so pertinent and real at the same time. Kourtney Kardashian did well to embody the danger and thrill of living in contemporary culture.