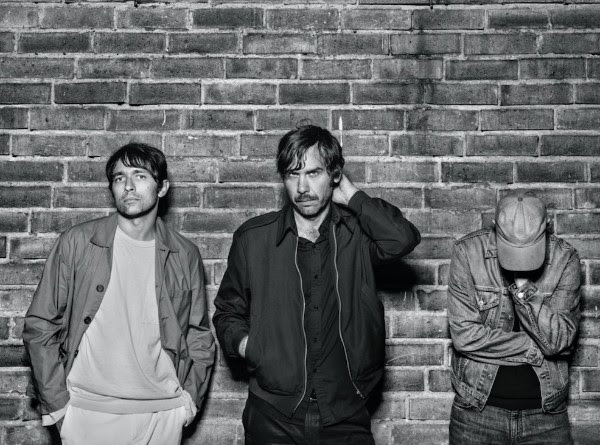 Peter Bjorn and John are a band that have surprised me like no other. It is a gig I will certainly remember for the rest of my life, but perhaps not necessarily for the right reasons. Considering the fact these three musicians have been working together for over 20 years, I am at a loss as to why they came across unrehearsed at the beginning of the night.

The set started shaky: performing older songs that all seemed to have the same formula. I don’t think I would have minded as much if each band member didn’t also look so bored. Because of the complicated nature of their songs, backing tracks were needed for the songs to feel complete. Each of these beginning few songs felt stiff; they seemed to allow the backing track carry most of the music while the live instruments provided only the key parts and solos.

A few songs in and the frontman, Peter, finally started some audience interaction which was a bit awkward, to say the least. Some of his comments were funny but most missed the mark. Peter’s “the world is screwed” speech right before ‘Dark Ages’, (off the new album Darker Days), didn’t seem to resonate as much as he expected.

The performance finally began to pick up during the song ‘In this Town’ when, the bassist, Bjorn’s cable broke during the guitar solo. Surprisingly, this worked in their favour since Peter was forced to continue the solo for at least an extra minute and a half, improvising superbly with drummer John. After this, the band began to loosen up.

So much so that by the time ‘Second Chance’ came on, (largely made popular thanks to the TV show Two Broke Girls), the band finally seemed to perfect their indie rock edge. Their coordination with each other was better and their attention to the crowd had become much more apparent. It was clear that the newer songs, and the few popular old songs, were the ones they were really here to perform.

After leaving the stage, there was an awkward moment when the very sparse crowd didn’t seem bothered to cheer for an encore. However, when the band did return everyone was extremely shocked at how their aura had changed. Suddenly this new extroverted band had arrived for an encore that had to be the highlight of the gig despite it perhaps being a little too late.

Although only three songs were played, altogether it lasted at least 45 minutes long. Peter began running around the crowd and at one point even stopped to lie on the floor surrounded by everyone. ‘Young Folks’ was sandwiched in the middle of this second set and, for the first time, the entire crowd finally danced and looked to be enjoying themselves.

It is worth noting how good the support band Satyr-Play had been. They were excellent and knew how to infuse the audience with energy right from the very start. This stood in stark contrast to when Peter Bjorn and John took to the stage. They began slightly unprofessional. But eventually, they did end up delivering a more upbeat performance. Particularly the end stood out as they gave amazing harmonies, brilliant solos, fun audience shenanigans, and a world-famous whistle to make the night worth it.