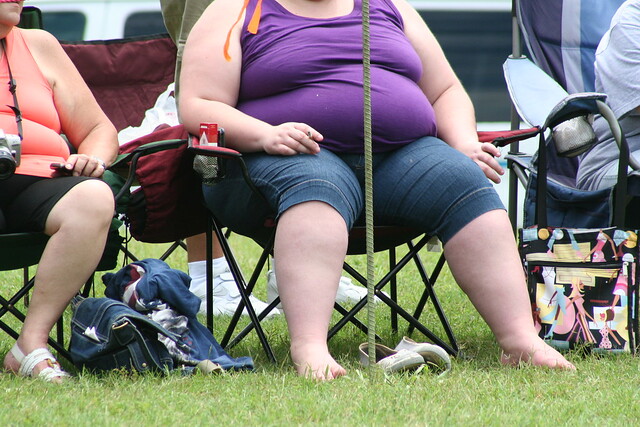 The child obesity epidemic could be targeted by measuring the BMI of children as young as two, according to researchers from the University of Manchester and Oxford University. The researchers used health data from over 750,000 children worldwide in addition to reviewing 54 other studies to identify critical points in a child’s development at which obesity can be predicted. In the UK, which has been dubbed the most obese country in Western Europe, around 20% of all children are obese, and over 60% of adults are classed as overweight or obese.

BMI was routinely measured in children in primary school, during Reception and Year 6. However, the researchers found that in some children, adult BMI can be predicted from as young as two. In others known as ‘late increasing’ children, measuring BMI only in Reception and Year 6 misses out key growth points when future obesity could be predicted. Dr Heather Robinson, the lead researcher on the study, said: “A big group (5-19%) of children rapidly gain weight between Reception and Year 6, in the ‘black hole’ between NCMP measurements. These children are also likely to be overweight as adults and form a group too substantial to be ignored.”

Researchers have called for greater communication and support for parents and children, measuring children annually from the age of two. From ages four to eleven, children’s growths fluctuate drastically, and it’s the timing of these growth spurts that allow a prediction of a later risk of obesity and other diseases including Type 1 diabetes, metabolic syndrome, and liver disease.

Funding cuts mean that up to 1,000 Sure Start children’s centres in the UK have closed since 2010. Sure Start centres offer families with young children health, parenting, and employment advice, with a particular focus on children in deprived areas who are at the greatest risk for developing obesity later in life.

Dr Robinson commented that “the progressive closure of Sure Start centres threatens the few early childhood measurements that parents currently receive, as well as reducing much needed access to nutrition and breastfeeding advice… a lot of current advice relating to food and exercise comes with judgement or fails to relate to parents who may be accessing food banks, working excessive hours or struggling to purchase food.

“To try to prevent obesity without addressing the root causes of poor nutrition is an incredibly difficult challenge for health workers.”

Clearly families in deprived areas need greater support if society is to tackle the ever-growing obesity epidemic. Measuring children twice throughout their childhood does not provide nearly enough information or intervention to prevent obesity developing. However, the responsibility cannot be placed on schools alone to fight obesity. Researchers in the West Midlands introduced an anti-obesity programme in over 50 primary schools in 2018, involving extra physical activity, healthy eating, and cooking classes with parents. After 30 months, there was no evident difference in obesity between children on the programme and children that didn’t participate.

Many researchers have attempted to understand the multi-faceted roots of the obesity problem. Many point to ignorant parents or the easy and cheap availability of junk food and the lack of affordable, healthier alternatives. According to research by the think tank Food Foundation, four million children in the UK live in households that would struggle to afford enough healthy food to meet official nutritional guidelines.

This raises the question whether the onus should be placed on parents and schools to closely monitor children’s weight, or  should we focus on addressing the deeper root of health inequality.