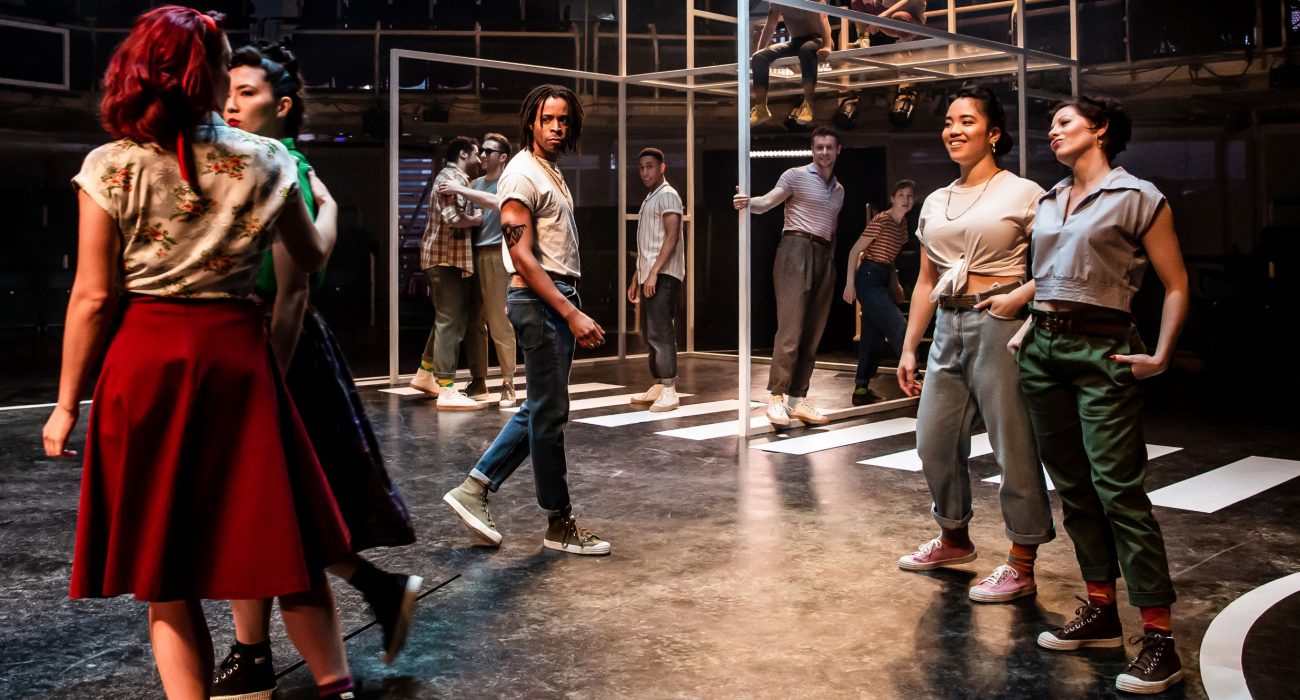 One of Broadway’s most iconic musicals has arrived at the Royal Exchange Theatre, with artistic director Sarah Frankcom and choreographer Aletta Collins putting together a splendid and breath-taking production of West Side Story.

The Romeo and Juliet story set in 1950s Manhattan was given a fresh and tasteful lift as Jerome Robbins’ original choreography was replaced with new, energetic dance routines. The results were mixed, with some of the routines involving a small number of the cast not quite hitting the mark. Those involving the two gangs were dynamic and tense, still reminiscent of Robbins’ physicality. Immense credit should be given to the musical supervisor and director, Jason Carr and Mark Aspinall, for the high quality performance of Bernstein’s score. This is noted particularly during ‘America’ and ‘Somewhere’. The audience felt the band and players were in the theatre with them when in fact they were located in an isolated box outside. 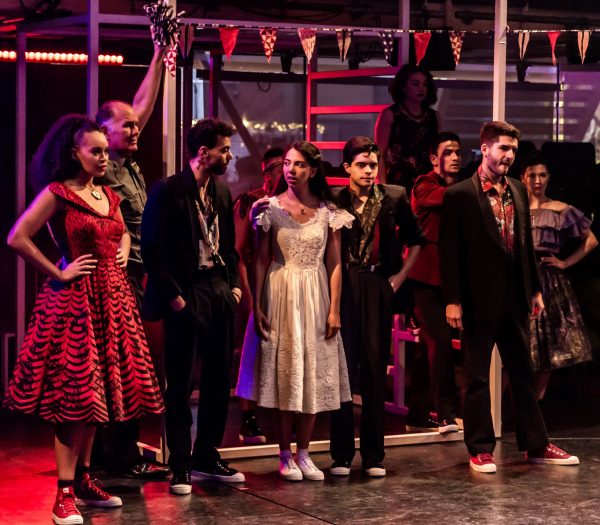 Gabriela Garcia and Andy Coxon played the lovers Maria and Tony, who battle to keep their relationship alive despite coming from rival gangs. It is easy to see why they were chosen to play such iconic roles. Their chemistry was organic and combined with their excellent vocal ranges, Garcia and Coxon gave romantic and heart-breaking performances. Most notably, Coxon delivered an outstanding rendition of ‘Maria’, as his utter devotion and infatuation with his lover brought tears to my eyes. Garcia was exquisite playing the mischievous and innocent Maria, and her impressive voice and musicality allowed her to create a presence on stage that was her own, separate from Tony’s.

Standout performances also came from Jocasta Almgill, cast as Maria’s confidante Anita, and Fernando Mariano (Bernardo) and Michael Duke (Riff). Duke and Mariano conveyed a powerful and intense relationship between the rival gang leaders and their desire to ensure the survival of their own, no matter the cost. Overall, the entire cast were impressive in their depictions of troubled youth, loyal friends, and the devastating impact of violence and prejudice.

The set design was interesting, with designer Anna Fleischle creating an abstract and minimalist environment to represent the streets of Manhattan. Probably what was kept in mind was to create open spaces for the actors’ dance routines, involving all areas of the round, although at times during the performance it did feel empty because of the lack of set pieces. Nevertheless, the use of white climbing frames allowed the cast to make use of the space around them, which they did so quite successfully.

This 2019 version of West Side Story highlights the senselessness of gang and street violence, an issue that is still prevalent today. Sixty years after its Broadway debut, the musical remains a favourite, and the successfulness of the Royal Exchange’s production is evidence of the lasting impact and relevance it has. 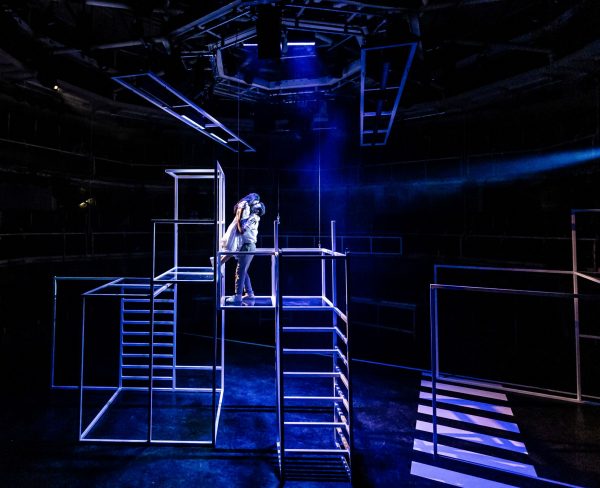