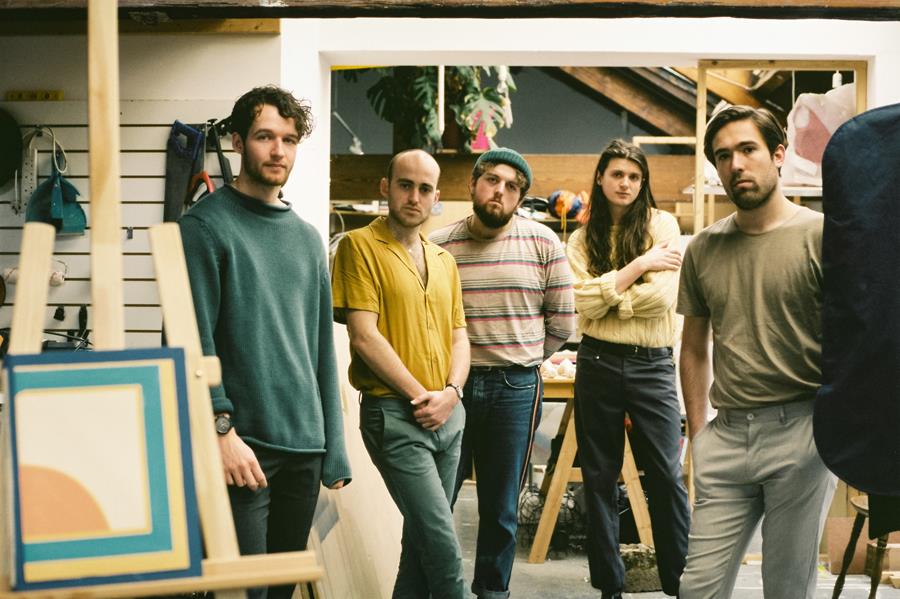 In Conversation with Heir

Lively Leeds-born indie pop quintet Heir are currently 7 dates into their ‘After Forever’ tour leaving a glimmer of nourishing warmth behind them as they progress.

This soothing symphony are back on the road having released their latest single ‘After Forever’ just over a week ago armed with an irresistible intro and plenty of opportunities for questionable dance moves.

‘After Forever’ is an illuminating accumulation of the band’s work thus far proving to be one of the band’s strongest tracks yet. Harnessing a glorious Haim-like groove that soaks you in warmth and serenity, ‘After Forever’ leaves you merciless to that inner core that subconsciously starts to move to the beat. Frontman Tom describes the song’s grounding in experiences of short-lived relationships, whether it be “meeting someone at a party or in the street” but romanticising and immortalising the possibility of what could have been. This nostalgic and stirring imagery is perfectly encapsulated in the song’s catchy chorus.

It appears Heir have spent a lot of time stealing cups of tea at nan’s houses as they “don’t like writing in Leeds”. They can often be found at keyboard player “Sam’s grandparent’s house in Devon” or frontman Tom’s nan’s in Northumbria recording new material. This is not surprising given the duo’s distinctive dad dancing which spreads nothing short of wholesome joy during the band’s live performances.

Kicking the tour off with a sold-out show at their hometown venue The Lending Room, Tom highlights the nervous excitement that was shared between the band of playing new songs to an audience that hadn’t before left the studio but reassuringly the “faith of Leeds” pulled through and the compelling atmosphere Heir curated left “everyone dancing”.

Taking inspiration from Haim, Fleetwood Mac and more recently Parcels, Heir are slowly but surely securing their place in the indie dream-pop scene. With songs that make you want to dance but with a USP of “not just writing about love”, Heir breathe a gush of fresh air on indie’s currently evolving scene. The band’s setlist even consisted of a song written purely off “(their) spare room advert” which epitomises Heir’s enjoyment with creative freedom and wit.

However, the band had not always been headed in this particular creative direction as nearly 3 years ago, the 5-piece had a discography composed of “9 songs” that no longer define the group and have been wiped from their streaming platforms. Despite believing the “songwriting was there”, the band “lost the connection” with the material that they wrote whilst “still at uni”. Since then, Heir have extracted “I’ll Pick You Up” and formed their more confident and exciting track list which is truer to the creative undertones they now have a cohesive group.

With only a few tickets left on the door and an audience that certainly wasn’t shy to the front rows of Manchester’s intimate venue, Gulliver’s, Heir humbly took their places on the stage. Commenting on the lack of room to dance wasn’t at all a defeat for the boys who from the second the lights dimmed, had the room swaying back and forth mirroring the perfectly executed dance routine on stage.

Having seen Heir a few times before, there is no comparison in how at ease they clearly felt in the limelight. With charming commentary and breezy beats, Heir had their audience “wooing” and clapping to fill every spare moment.

Perhaps what you have is not ‘Better in Silence’ boys?