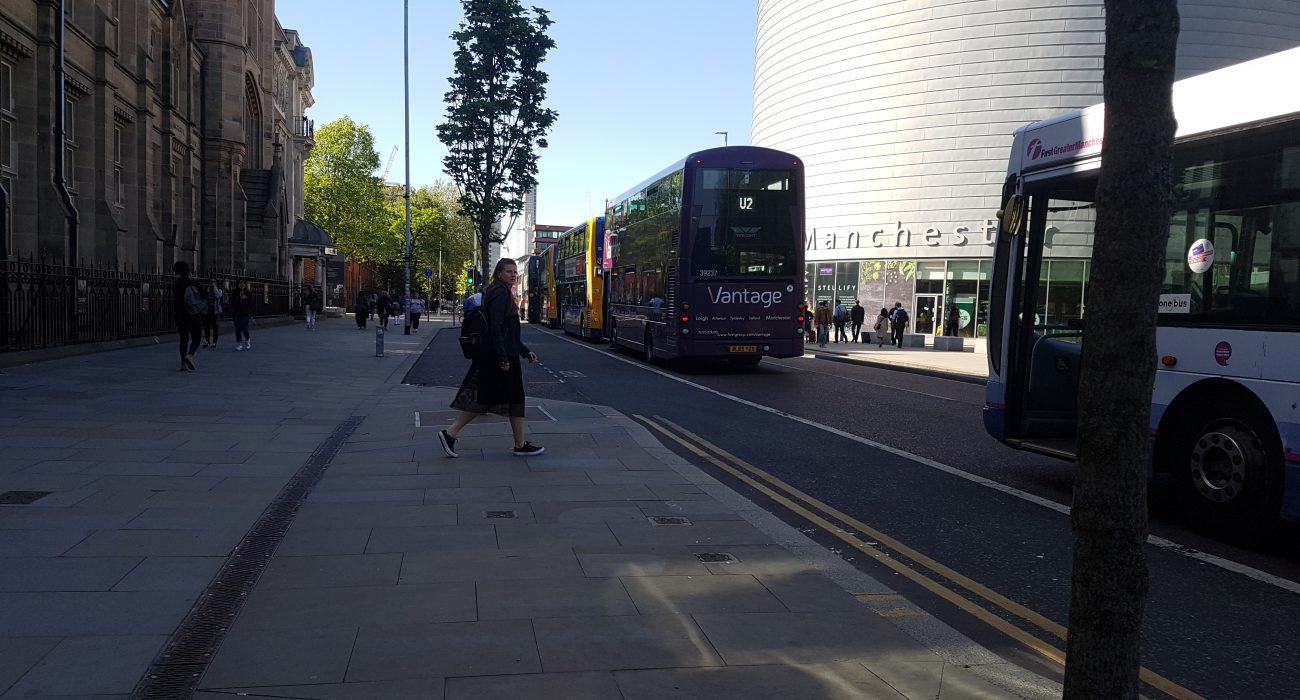 A section of Oxford Road near to the University of Manchester has reopened following a collision involving a bus.

A police cordon was in place outside University Place.

Transport for Greater Manchetser tweeted the news of the re-opening just after 5.30pm on Tuesday afternoon.

In a statement, Greater Manchester Police said: “[Police were] called at 4.10pm to a report of a collision between pedestrian and bus at St Peter’s House, Oxford Road.”

A “woman was taken to hospital with serious a injury that’s not believed to be life threatening”.

Stagecoach Greater Manchester tweeted about the incident, saying numerous services had been diverted in both directions in and out of the city centre, with services travelling down Hathersage Road and Upper Brook Street. First buses had also issued a service update on Twitter.

Student, Shivani Kaura, said: “Two ambulances arrived at the scene really quickly, but one left very quickly. Everyone got off the buses because people were told they wouldn’t be moving any time soon.

“The buses in the queue were told to turn around and head down the other way.”