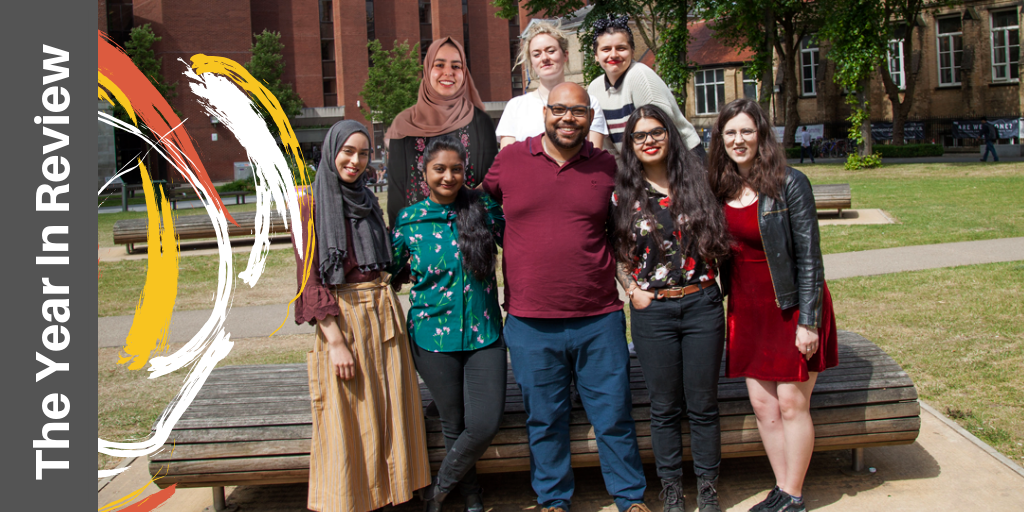 Having received data from official SU sources, The Mancunion can reveal the startling picture of the 2018/19 Exec team at the University of Manchester Students’ Union (SU) – a picture which is made up of missed manifesto points, poor officer attendance, and uneven spending among the Exec.

The data seen by The Mancunion can confirm the true nature of the Exec’s performance this academic year. Whilst there were some successes, such as Education Olivia Meisl’s newly-expanded RepHub – which allows students to air their grievances about their course more easily to their course representatives, many of the Exec team’s manifesto points went unfulfilled, such as Activities Officer Lizzy Haughton’s pledge to open a community fridge in the SU.

Some of the manifestos points – as advertised on SU website – are difficult to measure. For example, Welfare Officer Deej-Malik Johnson’s only pledge is to “make the University a happier and a more supportive place”.

Malik-Johnson’s second and final year as an Officer has been wrought with controversy, given multiple months of absence away from the Union. This has been questioned in student Senate, as article 14 of the SU Senate bye-laws says: “Members of the Senate shall be removed from their position on the Senate if they fail to attend two consecutive meetings, or three meetings in total, without giving apologies in advance to the Senate Secretary.”

Whilst Malik-Johnson has missed three Senate meetings, he has not been removed from Senate due to extended medical leave granted by the SU.

A senior SU insider told The Mancunion: “Deej is never there, he doesn’t contact anyone, he’s blocked some people on Facebook so it’s impossible to get in contact with him.

“Even when really distressed students have come into the office – on the verge of crying – some members of the SU Exec have contacted him saying ‘look, you have an important letter which we need’. His response to the student is ‘oh, someone else will sort that out’. And it’s not been sorted out.”

Officers are also required to attend numerous committees both at the Union and University. Some Officers have excelled in attending these meetings (which can often clash) – Olivia Meisl has attended 97% of her scheduled official meetings (as of April 2019), with Riddi Viswanathan and Shamima Khonat both attending 85.2% and 86.6% respectively.

General Secretary Fatima Abid attended 79.6% of her meetings – with Activities Officer Lizzy Haughton recording a similar figure in the year she has been arrested for her climate activism.

The two Saras – Khan and Heddi – both have attendance percentages in the sixties. Sara Khan made 65.2% of her meetings, with Sara Heddi recording an average of 60%.

Unsurprisingly, Deej-Malik Johnson – the Officer who has been largely absent from his work this year – has only attended 12.5% of his meetings. One figure inside the SU commented: “Deej completely fails in his job role and does not do his job, and furthermore doesn’t communicate that to anyone so we don’t know what work to pick up on”.

In terms of spending, the Exec have just managed to remain within their £8,000 budget. Previously, each Officer was given £1,000 to spend over the year, but this year the system was changed so it was a shared £8,000 among the eight Officers – in an effort to encourage collaboration between the departments.

However, it appears that the change has simply produced a range of approaches from each Officer in how they go about spending the cash – Communities, Campaigns, and Citizenship Officer Shamima Khonat has spent just £33.60 on guest speaker travel for an event organised by herself as of April 2019.

In sharp contrast, Liberation and Access Officer Sara Khan has spent £4,318.81 in total – with an extra £1,000 being allocated from a different Union department taking the net spend down to £3,318.81. This represents 41% of the total Exec budget, and was mainly spent on Black History Month events and LGBTQ History Month.

The second-highest spender was the other Sara, Women’s Officer Sara Heddi. Spending £2,226.52 in total, an allocation of £400 from another Union department brought her net spend down to £1,826.52 – roughly equating to 22.9% of the total Exec budget.

The majority of this money was put towards Reclaim The Night, which saw 1,500 more marchers compared to 2018’s event. The total Reclaim The Night spend was £1,974.74, which included the purchase of t-shirts to be sold to students. The Mancunion asked Union staff if it knew the profit/loss of the t-shirts, and whilst no concrete data was available, estimates put the revenue made from the t-shirts around the £3,000 mark. This, if revenue figures are correct, would represent around a £1,026 profit on Reclaim The Night, which was donated to Manchester Rape Crisis.

The large spend from Sara Khan has caused some anguish within the team, as a senior SU insider said: “It’s caused problems with some of the other exec members but money from other budgets has been found, the problem was that [the other exec members] weren’t able to sign off on that large amount of money – it didn’t really go through [them]”.

Riddi Viswanathan also wished that “the team dynamics could have been much better”, but added “most of us as officers have been successful in our individual projects”.

When asked about their performance this year, five Officers replied. Viswanathan said: “My biggest success this year is getting the University to commit that the international placement year tuition fee will be reduced from 50% to 20% from September 2020.

“The amount of hate I received this year for standing up against far right extremism was definitely one of the hardest times and I don’t really want to revisit those times. I also wish we had done at least one event/a project as a team this year.”

Indeed, Sara Khan also said she has faced backlash for her work: “I have faced plenty of challenges this year, including media storms and heightened scrutiny around issues of liberation and student “snowflakes”, and maintaining my own personal health and wellbeing.”

Khan’s successes this year, in her own words, include “ delivering more SU liberation events than ever, of which we provided a very diverse range, engaging with student feedback from previous years about seeing the ‘same old’ types of events for history months or none at all.

“I have also worked with the Counselling Service to secure annual LGBT+ training for staff, [and] I have lobbied tirelessly for gender neutral toilets”.

Lizzy Haughton believed her main success was “sustainability on campus this year”.

“I’ve also set up the zero waste shop, which is now an almost autonomously run business and is hoping to continue to be so whilst helping other universities to set up their own”.

“Most of the meetings I have missed have been because I’ve been campaigning with Extinction Rebellion which is extremely important to me and to many other students on campus”.

Finally, Olivia Meisl outlined her successes including earlier exam timetable release for the 2019/20 academic year, an expanded RepHub, and the introduction of a Postgraduate Students’ Officer for the coming year.

Full Officer comment will be available on mancunion.com in due course. Fatima Abid, Deej Malik-Johnson, and Sara Heddi declined to comment.