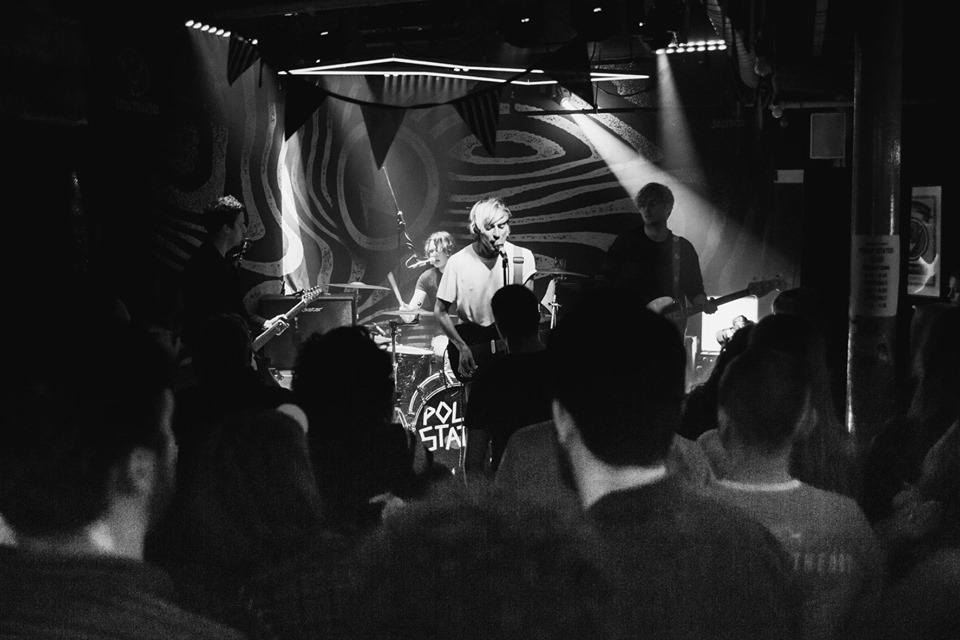 Liverpool-based fourpiece Polar States are firmly establishing themselves as ones to watch, culminating in the release of their latest EP, ‘All You Couldn’t See’.

This has been a much-awaited release from a band that has graced BBC Introducing, Radio 1 and a multitude of festivals and consequently have become recognised by both a larger fanbase and industry leaders.

It is remarkable the extent of their writing; Polar States describe themselves as having “lots of songs”, which somehow feels like an understatement – their tracks are undeniably catchy and well-written, with recognisable and poignant lyrical themes.

In finding “common ground” in their new EP, they have a culminative condensation of their work and talents, both in the studio and onstage.

‘All You Couldn’t See’ is an eclectic and immersive six-track collection which is a testament to what’s to come from this promising group. It morphs seamlessly into pop music of today, without feeling forced and fabricated. Track ‘So Loud the Day You Left’ is eloquently catchy, with driven and fluid lyrics supported by a strong guitar backing. It is a firm reminder of the feel-good pop anthems of the early-to-mid noughties.

What lets the EP down is the way that, at times, the tracks feel almost too consistent – lacking distinguishing features that make them stand out from one another. This seems to indicate that, when writing, Polar States know what they’re comfortable with.

Their stylistic consistency does help to cement their identity as a band, but I hope that in future releases they push these boundaries ever so slightly more, to produce a more dynamic and radical approach to their style. It is by doing this that they will attract the respect and interest of both new fans and the wider music scene.

As far as the industry as a whole goes, Polar States know they have mountains to climb, but they seem confident. They recognise that the “gatekeepers” within the field are “in different places” than in previous generations, but that bands have the “same problems, just in new places”. This practical and realistic approach does them credit and endorses their work ethic, something which seems to frequently distinguish the quality of work being released, as well as the overall success and drive of artists.

In their live performance, Polar States are charismatic and engaging; they are more than capable of putting on a great show and the energy they displayed onstage is shared by the crowd with an ease which is difficult to obtain.

In gracing one of Manchester’s tight-knit venues, Jimmy’s, Polar States demonstrated their ability to deliver a seamless performance that was well structured, with excellent vocal tone and control. The band successfully displayed their onstage professionalism through strong harmonies and subtle but dynamic onstage skill.

Polar States, with some fine tweaking, look set to become equal to the high task they have set themselves and I firmly look forward to seeing more of them in the future.