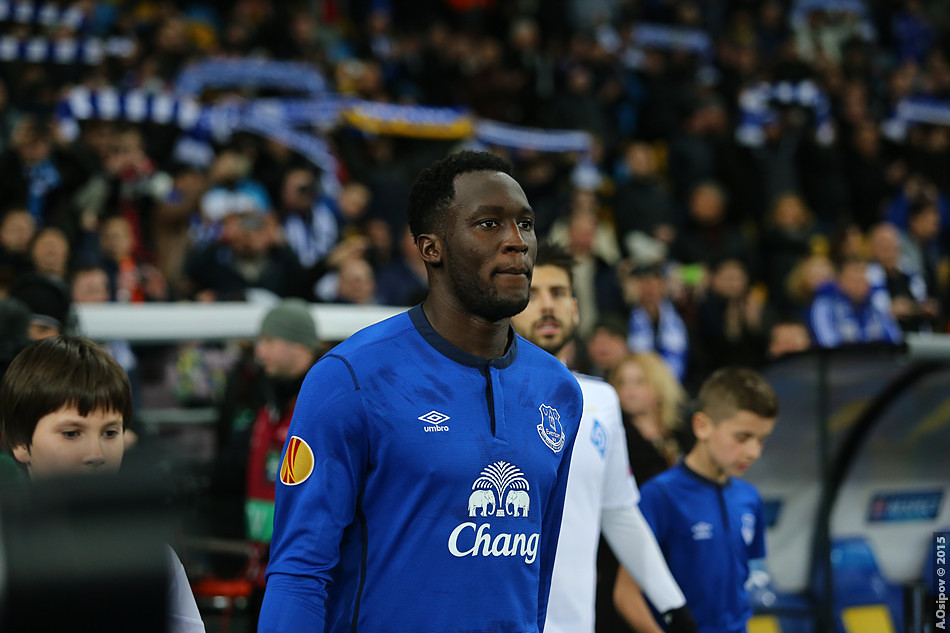 Romelu Lukaku has joined the ever-growing list of footballers to call for more action against racism, as he urged UEFA, FIFA, and the English Football Association to follow in the footsteps made by the Italian footballing authorities.

The Belgian international has spoken up after a spate of players in the Premier League, including Manchester United’s Paul Pogba and Marcus Rashford, have been subjected to racist abuse on social media.

Now playing for Inter Milan in the Italian Serie A, the 26-year-old was the subject of monkey chants by Cagliari supporters earlier this month – a group condemned for similarly horrific chanting towards Everton’s teenage striker Moise Kean, when he was playing in Serie A for Juventus last season.

However, the ex-Manchester United striker clearly felt that those in power in Italian football are being more proactive than their English counterparts when he said: “Now I think Serie A is taking action, I’m hoping UEFA and FIFA is going to be next, and also the FA.”

Serie A did not punish Cagliari after Moise Kean was abused but condemned the club over Lukaku’s treatment. Next month it will launch a campaign with the aim of educating supporters.

It’s not the first time that the FA and Premier League have come under fire for their lack of action against the rising number of racist attacks taking place in recent years.

Earlier this year Manchester City’s Raheem Sterling led the way in demanding that the English footballing authorities do more to both open up discourse over discrimination in football, and crack down harder on those found guilty of racism.

Some clubs are now taking their own action. Manchester United and anti racism group Kick It Out said they would meet Twitter bosses to discuss the abuse experienced by Paul Pogba after his penalty miss against Wolves in August.

The FA is also seeking a meeting with Twitter and has written an open letter, alongside the Premier League and the English Football League, to the Minister for Sport asking for a greater emphasis on social media companies to help prevent “discriminatory behaviour online”.

The number of racist incidents reported to anti-discrimination charity Kick It Out rose from 192 to 274 last season. This season there’s a minimum ban of six matches for anyone found guilty of racist abuse – up from five – and the FA told the BBC it’s becoming more proactive by making the reporting system easier, and offering more support to victims.

While these measures are being taken off the field, on it the FA must try and mirror the Italian associations with stricter punishments if they are to ensure they are doing all they can to inspire cultural changes. This should be the priority if there is any chance of an end to discrimination in the near future.