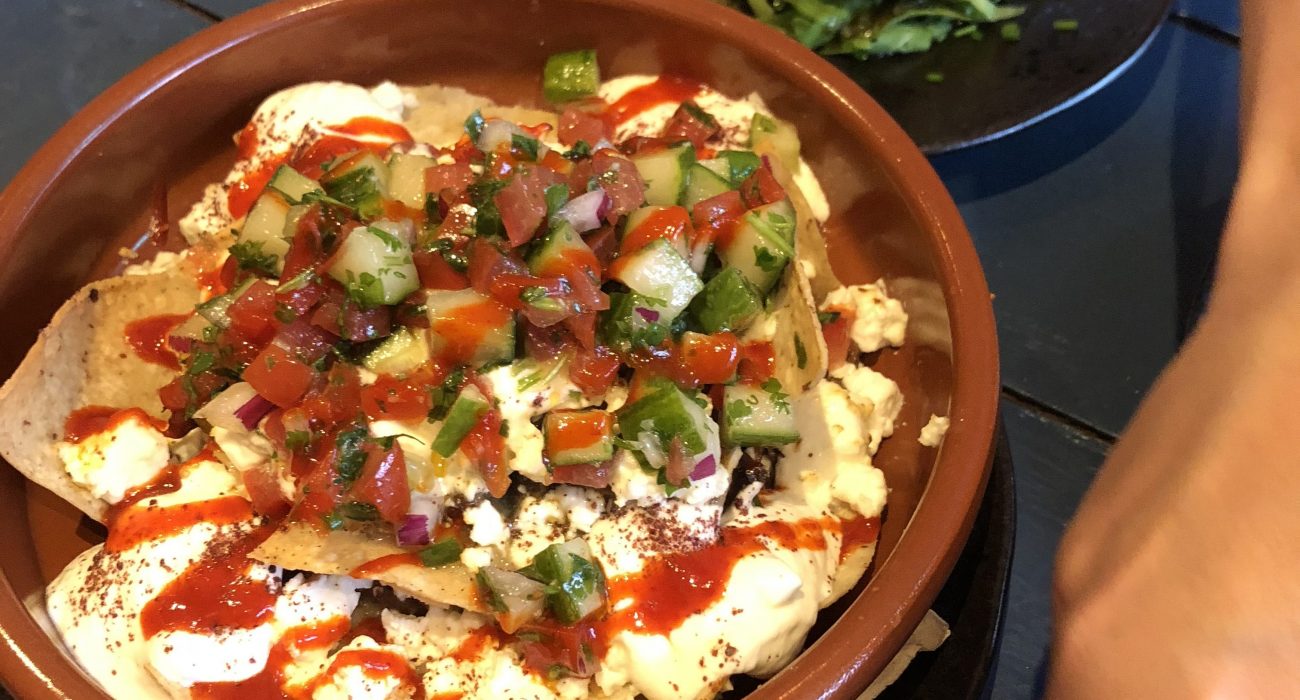 Approaching my third year in Manchester, I, like many students, now know Fallowfield and the city centre intimately. So when you need refreshment from your same-old-same-old, look no further than Chorlton.

A twenty minute tram or bus from the centre takes you to a suburb that is worlds away from the commercialised bustle of Market Street. The bohemian streets are filled with independent restaurants, casual food spots and bars that most students never get to experience. Having spent the summer living in Chorlton, I’m here to divulge it’s best kept secret: GLOBE.

GLOBE is quintessentially ‘Chorlton’.  Independently run, bohemian, relaxed and inspired. It’s menu is a fusion of globally inspired small plates, burgers, and curries – and offers a variety that caters for all, with over 50% of the dishes being vegetarian and a large proportion of those also being vegan and gluten free. The capacity is very small, catering for up to twenty guests and, though to some this is off-putting, in GLOBE this translates as exclusivity and an assurance that the quality of the food is never compromised.

Service is relaxed and the atmosphere even more so, with friendly service staff bobbing between the bar and floor, giving a homely feel. The philosophy behind GLOBE is shaped around inspiration from worldly travels, which is very evident in the menu. This ‘global’ notion of fusion had initially put me off as, without generalising, fusion food tends to be style over substance, tenuously executed and very predictable. But, I was willing to put my judgements aside and thank god I did.

Between three, we had four small plates and this was enough for a light but satisfying meal. Each plate was beautifully presented, with their mix-and-match ceramic plates giving it an ‘authentic’ feel. The first small plate to arrive was the ‘Persian braised beef nachos’ which consisted of a pile-high arrangement of nachos, tender pulled beef, feta, cucumber, and fresh mint all adorned in a heavenly garlic, tahini, and yoghurt sauce.

For £10.50, the portion is definitely enough for two and although in ‘Spoons you can get nachos for a fraction of the cost: These were absolutely insane. Rich pulled beef with middle-eastern spices but lightened with the addition of feta, yoghurt and cucumber. Delicious.

The second small plate was a ‘Pan-fried red mullet with a salsa verde and rocket‘. This dish was more simple than the nachos, but for fish lovers this fillet of fish was perfectly cooked and accompanied by a blitzed sauce of herbs, lemon and chilli; letting the quality of the fish speak for itself. An important side note is that where possible, a lot of the focal ingredients like the fish are sourced locally from other Chorlton shops, which make GLOBE both culinarily aware and conscientious.

Finally, the ‘Sumac braised pork belly’. Sumac, for those who don’t know, is a tart spice blend used a lot in north African cooking and tastes like powdered citrus. This pork was exactly what you want with pork belly, enough fat to make the dish decadent and meaty, but enough tartness from the sumac, yoghurt, and Sriracha sauce to stop it getting too rich. Heavenly.

I was massively impressed with GLOBE. It’s rare in this fast culture of cheap food that you hand over money for a meal and feel fully satisfied, but this was the exception. I would happily pay £15 each for a few small plates to experience what GLOBE’s kitchen have created as I can assure you this is an underrated and hidden Manchester food gem.