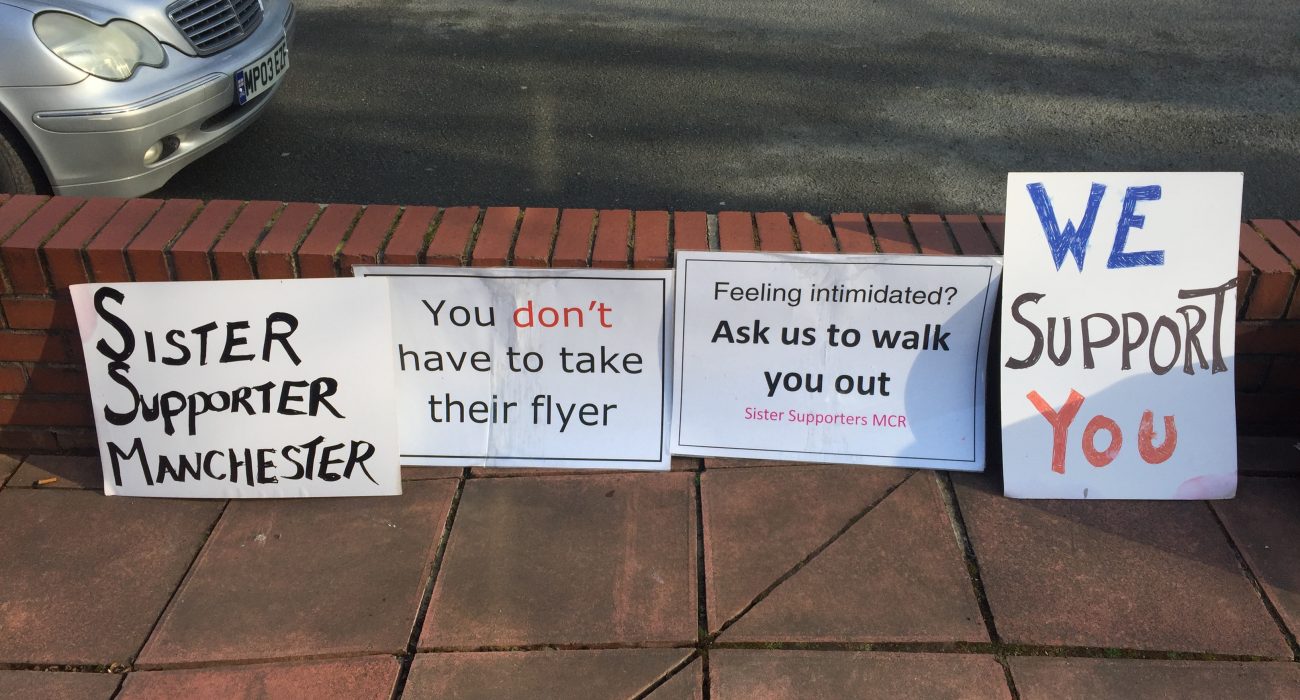 The presence of pro-life groups has prompted a number of complaints over “anti-social behaviour” from local residents, individuals and organisations, say Manchester City Council. Pro-choice groups are also known to hold counter-demonstrations at the site.

However, pro-life groups such as 40 Days for Life, who frequently hold vigils outside the clinic, have defended their actions, saying they “believe in freedom of speech.”

Pro and anti abortion campaigners clash outside clinic in Manchester. Councillors are considering creating a "safe zone" around the Fallowfield clinic after claims that anti-abortion groups were "harrassing" women attending appointments, showing them graphic images of abortions. pic.twitter.com/ixe20XLW9k

Earlier this year, over 1,000 signatures were collected in favour of the PSPO, promoted by the Sister Supporter group, who aim to “tackle the sustained harassment of women” outside abortion clinics. However, many pro-life campaigns have described the PSPO to being a way to prevent their freedom of expression.

Robert Colquhoun, international director at 40 Days for Life, one of the organisations regularly holding vigils outside the clinic, told the Manchester Evening News: “We organise peaceful, prayerful and legal vigils outside abortion clinics and have done in Manchester for 10 years. In that time we haven’t had a single substantiated case of harassment anywhere in the UK.”

A PSPO would ban protest, interference with staff or users of the clinic, the display of A3-size images and text relating to the termination of pregnancy, and playing amplified music. It could also include the introduction of an allocated space for people to express their views near to the clinic.

However, campaigners are still skeptical that the PSPO will stop protestors from harassing staff and service users. Sister Supporter Manchester still feel that these initial proposals may not be going far enough to protect those targeted.

Sister Supporter’s Beth Redmond told BBC News: “This allows a loophole for the protesters to bring smaller signs and leaflets which are still visible and upsetting. It also fails to tackle the use of other objects such as foetus dolls, rosary beads and crucifixes which are commonly seen outside the clinic and presented to clinic users, causing great distress.”

A Manchester City Council spokesperson, said: “When considering introducing a PSPO we have to make sure that it is the correct course of action for this community. This is why we are putting this out to consultation for two months, giving everyone in the area the ability to have their say on this matter.
“After the consultation has ended the council will take on board what has been said, and only then make a decision on whether or not to implement a PSPO.”

The Marie Stopes clinic gives women access to counselling 24 hours a day, as well as abortion aftercare and contraception.

The consultation is due to take place on November 15th.