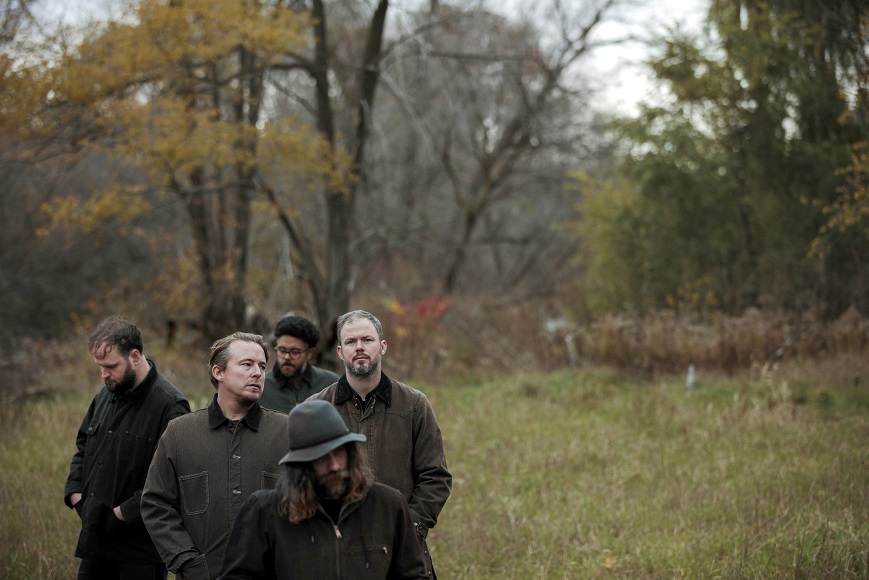 Canadian rockers Wintersleep played a sold out show at the beautifully historic Castle Hotel on Monday, with support from the charming Glaswegian band Fiskur.

Authentically archaic and dimly lit with subdued blue tones, the venue had a friendly atmosphere about it – with just an 80 person capacity, the intimacy of the room definitely matched the rawness of Wintersleep’s sound.

The gig certainly felt more personal than anything I’ve seen before, in terms of both venue and performance. Had it not been so incredibly dense and sweaty, it would have been easier to give the band the unmitigated attention that they deserve.

Opening act Fiskur kept the crowd engaged with a mixture of poignant guitar ballads, lacklustre jokes and ripostes that landed a little awkwardly with a less-than-enthusiastic audience. I would have given him back some banter to work with had I not been two feet shorter and twenty years younger than everyone in the crowd. His sound quality and voice, though, were impeccable, at points showcasing incredible a cappella ability.

Wintersleep took to the stage modestly, playing the forlornly powerful intro song ‘Surrender’ from their newest album In The Land Of, and I couldn’t help but regret that the vocal quality didn’t match that of the support act. It was difficult to make out any lyrics, which is arguably a key part of what makes or breaks a musical performance. Still, lead singer Paul Murphy’s talent was evident. Alongside backing vocals from Chris Bell and Jon Samuel, Murphy’s unique, resonant sound nicely complemented the five-piece’s gritty, fervent vibe.

The setlist was eclectic and well thought out, keeping the audience entertained with a rhythmic blend of melancholy rock ballads, upbeat, energised numbers like ‘Spirit’ and more light-hearted, easy going tunes such as ‘More Than’– the kind of track you might hear in a car advert.

The band’s more well-known singles ‘Amerika’ and ‘Weighty Ghost’ definitely elicited the best audience participation, inspiring all the couples in the room to cuddle up even tighter than they already were. The song ‘Beneficiary’ from the band’s latest album boasted stunning member involvement that created a hopeful atmosphere and sense of togetherness.

Frontman Murphy seemed a man of little words and audience involvement was kept to a stark minimum. But I perceived him as simply a no-bullshit kind of man – and that’s fair enough. Much unlike opening act Fiskur, none of the guys felt the need to fill the pauses with mindless chatter.

A plentiful setlist and a performance executed with observable confidence, content and belief in their own music saved the band from a gig that risked bordering on tediously average. The gig began to draw to an end and one of the final songs, ‘Nerves Normal. Breath Normal’ exhibited an intense and phenomenal guitar riff that left me on a high and feeling impressed – good timing.

To put it frankly, Wintersleep struck me as a mediocre but very well put together dad band with a nice sound and easy temperament, though perhaps lacking in modernity and uniqueness. If you’re a fan of the likes of Kodaline, Vance Joy, or are over the age of forty and are looking for some new stuff to add to your shower playlist, I would definitely recommend giving them a listen.