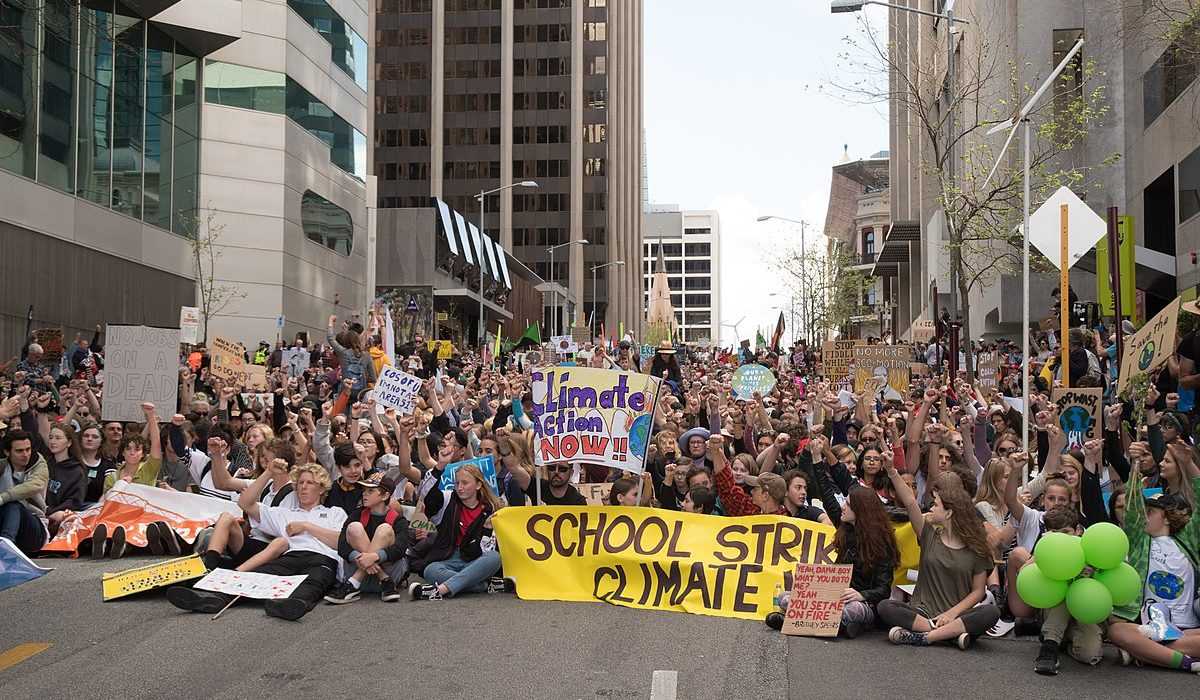 As we creep ever closer to a new decade, our society can’t help but wonder what it will bring, even before we’ve digested the turbulent events of the 2010s.

Many hark back to the extravagance of the roaring twenties, hoping more of the same is in store so the Millennials can have their turn playing Jay Gatsby and friends. Amelia Womack, in her rousing and poignant talk at the Students’ Union last week, also wants a new roaring twenties: Not one of excess and parties but direct action, a new roaring instead defined by popular protest and people demanding to be heard.

Currently serving her third two-year term as Deputy Leader of the Green Party, Womack covered a lot of ground in her hour-long talk, advertised broadly as ‘Young People and Politics’.

Youth engagement was a primary point of discussion, as Womack highlighted the importance of growing activist movements such as the Schools’ Climate Strike, increasingly led by young people across the globe. The work of individual activists such as Greta Thunberg were repeatedly praised, and Womack saw ours as an era of popular protest, one in which people’s disillusionment with mainstream politics is finally being channelled productively.

Thank you to everyone who came to our event tonight! We had some great questions and lots of people signing up! And thank you so much to @Amelia_Womack for taking the time to come to Manchester and providing such inspiring words💚 pic.twitter.com/GYAYM6adRe

The importance of personally trying to affect change on any scale was a theme throughout much of Womack’s talk, as she decried mainstream British politics as elitist and poorly-representative, owing largely to the largely privately-educated politicians we have as well as our electoral system and House of Lords. Green Party policies such as introducing proportional representation and encouraging diversity amongst politicians were brought into the discussion alongside this, again emphasising the importance of every member of society having a significant voice, not just through voting but consistent interaction with politics and politicians.

Womack insisted we must build “a society that works for everyone”, founded on ideas of sustainability and co-operation rather than profit and efficiency. Money and the drive for profit has invaded too many aspects of society, corrupting politics, the media and people’s day to day lives in the wake of austerity politics, Womack argued, providing a firm stance that the Green Party felt major changes were necessary for us to properly call ourselves a successful nation.

These changes had been laid out by Green Party leader Caroline Lucas some ten years ago in a Green New Deal that aimed to challenge all aspects of society from the financial sector to our schools and housing. This shift from a profit driven society was crucial to our development as a society, with Womack boldly proclaiming: “If you want an anti-capitalist movement, that’s what we’re here for.”

For the Deputy Leader of a (admittedly small, if well-known) UK political party to stand before a room of students and passionately vouch for direct action and critique our capitalist society so fervently is as worrying as it is encouraging. It speaks to the severity of our current situation: We’re a society of disillusioned people of all ages stuck for answers while we see the world burn around us, with no idea how to change any of it.

But there is newfound hope in the mass movements of our decade, movements that can hopefully roar on into the 2020s. Amelia Womack painted us a picture of a 2p machine at an arcade, each coin hardly shifting the mass of metal no matter how close it seems. Every coin does bring us closer to that tipping point, just as every bit of anger and protest moves us closer to making the changes we so desperately need.