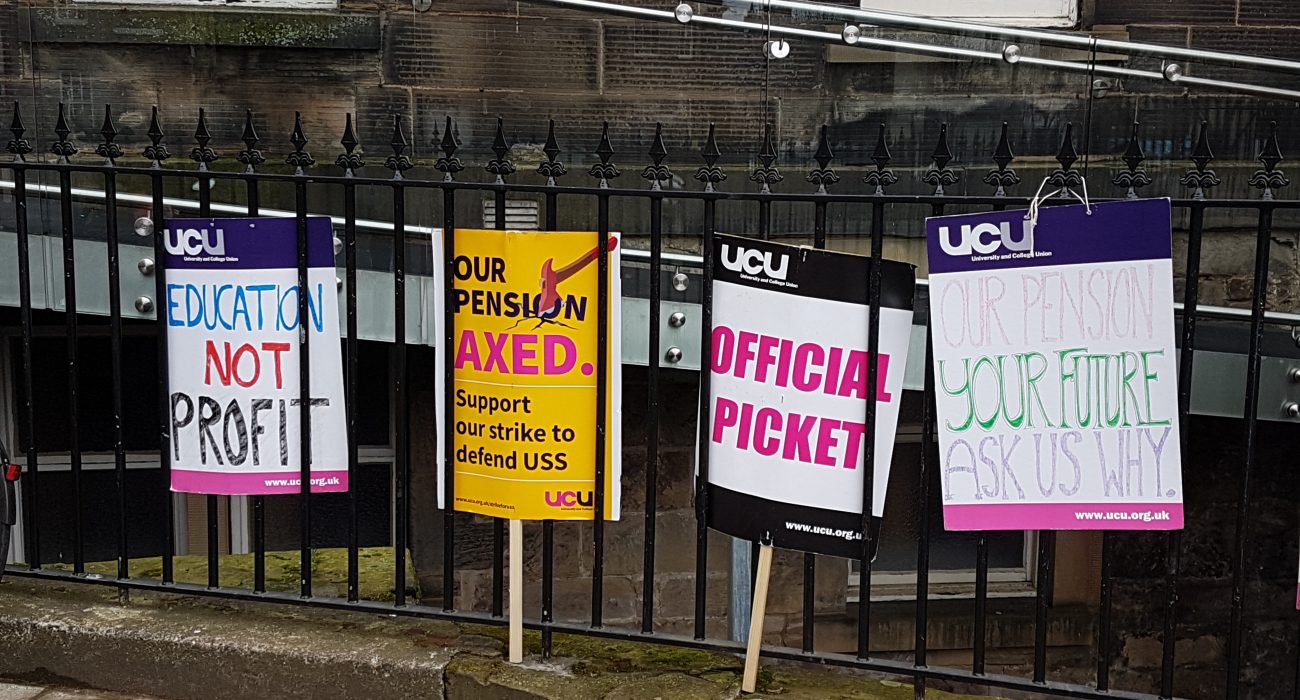 Academics and university workers across the country have voted in favour of strike action over an ongoing dispute about pensions, pay, and working conditions.

UCU’s general secretary Jo Grady said the ballots reflected “just how unhappy and angry staff are at the state of higher education in the UK,” and called on universities to work “seriously” to address the problems, stating that if they failed to do so, “strike action looks inevitable”.

The union’s higher education committee will meet tomorrow (Friday) to discuss their next steps. Stike action could be possible from mid-November.

Speaking to The Mancunion earlier in the week, a University of Manchester spokesperson said the University “recognise the rights of staff members to take industrial action” but “hope it will be a very last resort”.

The potential strikes are part of a long-standing dispute over changes to lecturer’s pensions that saw extended industrial action over several months in 2018 after a series of unsuccessful negotiations with Universities UK (UUK).

Several ballots have been held before over future strikes, most recently last February, but have consistently failed to reach the 50% turnout threshold. However, historically strike action has been favoured amongst those who have voted, with 70% of voters supporting a strike last February.

Students appeared to broadly support the lecturers, although they did share some concerns about what strikes could mean for missed contact hours.

Second-year PPE student Sam Cox Griffiths told The Mancunion: “If it impacts on us it’s because the University are treating the staff unfairly. These people want to work and if they’re striking it’s the University’s responsibility to treat their staff fairly to avoid interruptions to our study.

Chris Waugh, a teaching assistant at the University who voted in favour of industrial action called the proposed pension changes “ludicrous”, but cited them as only one of a number of factors that motivated his decision.

“I would hope that it [a strike] will bring universities back to the table. I hope it will be a chance to draw attention to the issue around pensions, pay, and most importantly mental health. Regardless of the outcome of the strike, I for one know I won’t stop talking about it.”

Grady’s full statement read: “The results can only be interpreted as clear support for strike action over pensions, pay and working conditions. The ballots reflect just how unhappy and angry staff are at the state of higher education in the UK.

“It is incredibly frustrating that we had to ballot members again, but universities only have themselves to blame after failing to address falling real-terms pay and for refusing to deal with casualisation, workloads and the rising cost of USS pensions.

“Universities now have to come back to us prepared to work seriously to address these problems. If they choose to ignore this message from their staff then strike action looks inevitable.”

Earlier this week a spokesperson from the University of Manchester said: “Alongside Universities UK (UUK) and the Universities and Colleges Employers Association (UCEA), the bodies representing employers in the pension and pay negotiations respectively*, we are hopeful that any industrial action can be avoided as such action is always highly regrettable.

“As an institution with social responsibility at its core and as a living-wage employer, we pride ourselves on providing generous pay and benefits packages to reward and retain our excellent staff.

“So, whilst we recognise the rights of staff members to take industrial action, we hope it will be a very last resort only taken once all other avenues of dialogue have been exhausted.

“At present, these talks are ongoing, but if such measures were voted for the University will endeavour to maintain normal operations and ensure students are regularly updated should this be necessary.”