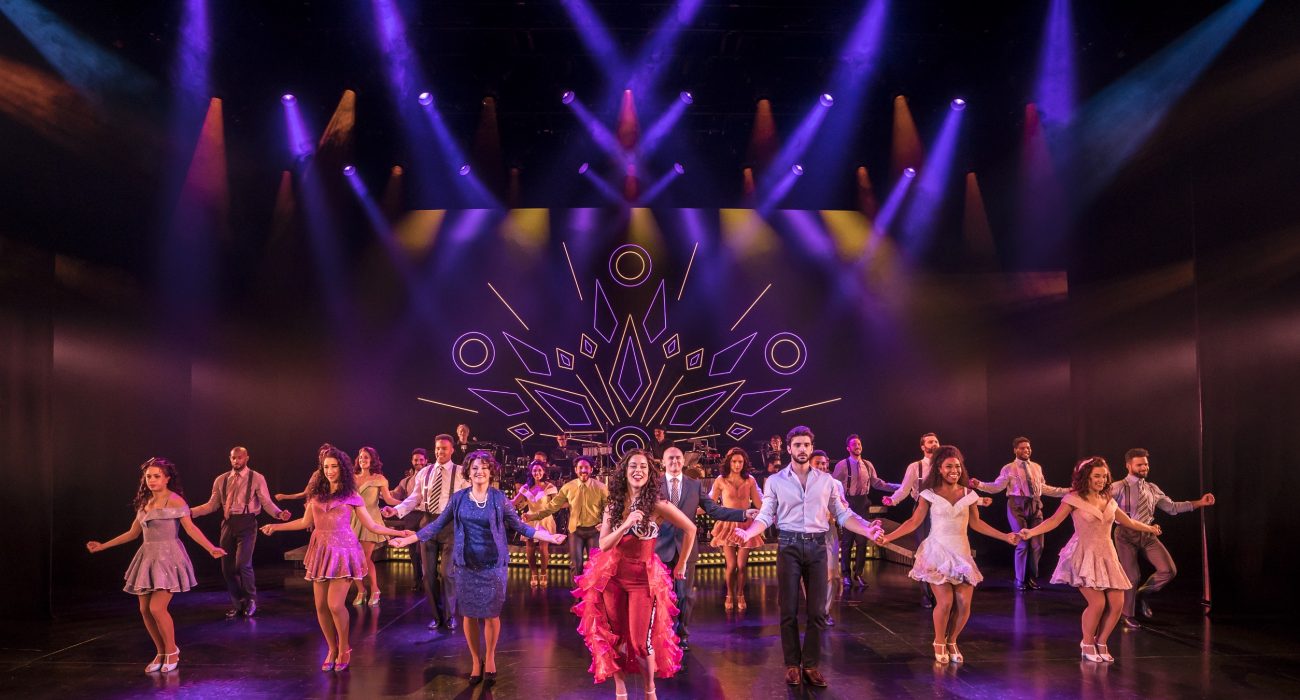 Review: On Your Feet!

On your Feet! is a jukebox musical that uses the music of Gloria Estefan, the Queen of Latin Pop, and her band, Miami Sound Machine. It tells the story of Gloria and her husband Emilio’s rise to stardom and features hits such as 1-2-3 and the titular Get On Your Feet.

Philippa Stefani (Gloria) and George Ionnidis (Emilio) had fiery energy and chemistry, and they were clearly passionate about their roles. Standout performances came from Madelan Alberto as Gloria’s strict mami, Gloria Fajardo, and Karen Mann as her hilarious abuelita, Consuelo.

Alberta is a West End star, who won acclaim for playing the titular role in Evita. She then played the role on the international tour, and I had the privilege of seeing her in Manchester, also at the Palace Theatre.

She portrayed Gloria as tough but loving; the audience seemed to understand and appreciate her toughness as that of a caring and concerned mother. Her performance of Mi Tierra (My Homeland) was stunning. It had a Don’t Cry for Me Argentina vibe to it (only, it was much more genuine, and Gloria Fajardo wasn’t a megalomaniac like Evita…).

In fact, the show didn’t really get that interesting until that performance, which took place in a flashback. The scene ended with the beginning of the Cuban Revolution. We later saw another flashback to these years, in which Emilio is forced to leave his family behind. This, combined with the racism and prejudice of music executives, added density and emotion to an otherwise fun and upbeat show. And whilst the story takes place decades in the past, it still felt very relevant.

Indeed, whilst it is a feel-good musical, the show still had its fair share of emotional moments. Early on in the show, we saw Gloria Fajardo cosying up with her veteran husband, who suffered from multiple sclerosis. Whilst she was a strict parent, we were shown a softer, warmer side to her and made to understand why she was so worried about her daughter.

The Act 1 finale was one of the best Act 1 finales I have ever seen. A broken-up version of the hit song Conga, it saw Emilio try to persuade Phil, a music executive (Robert Oliver), to come and watch Gloria perform the song at different events. The first event was at a bat mitzvah and saw Gloria dance with a Jewish mother and son. Next was an Italian wedding, where Gloria danced with a bride and her bridesmaids. Both times, Phil refused to join. Eventually, when Gloria performed at a Shriner’s convention in Las Vegas, and Phil wanted to get away from his angry wife, he agreed to attend. The bride and bridesmaids ripped off the bottoms of their dresses and joined Gloria, the mother and son, and men in fezzes for one last Conga. As Gloria took centre-stage, the rest of the cast came down the aisles and got audience-members up to dance with them. It was such a fun, entertaining way to end the act.

The end of the show was wonderful. Gloria had a triumphant return to the stage after her accident. Whilst it would have been nice to be shown what happened afterwards – after all, it has been decades since that AMA performance – it was a sweet, cathartic end to such a wild journey.

Following this, we were treated to a medley, which included the hit songs Rhythm is Gonna Get You and Everlasting Laugh. Whilst it was fun to get up and dance to these bangers, it was disappointing to only hear snippets of them, whilst they had given us whole performances of lesser known songs that nobody was that fussed about hearing.

On Your Feet! is a wonderful musical. You might not be blown away by some of the vocal performances, but you will love the aesthetic, the dance-numbers, and the energy. It will have you laughing, crying, and on your feet dancing! It finished at the Palace Theatre on the 2nd November, but will be continuing its tour around the UK.