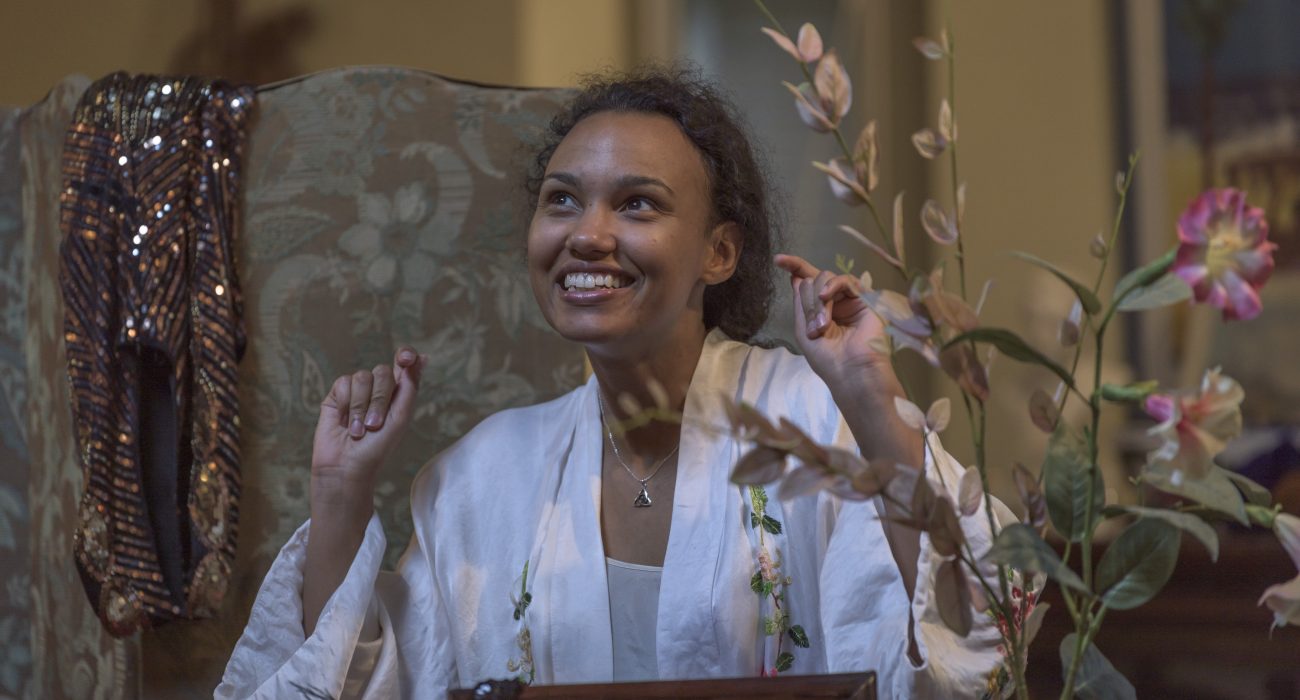 Lady of Jazz is a beautiful and spectacularly executed musical about the fictional jazz singer Honey Grey.

The one-woman, two-act musical is set in the U.S. during the period between 1920 to 1930, and explores the titular character’s life, influences, experiences and journey. Elements of race and feminism informs the writing without overshadowing it; multiple politically charged themes are brought up in a natural way, like the history of slavery, the economic crash, prohibition, and the Ku Klux Klan. The play is successively socially conscious without being excessively on-the-nose about its message, which it leaves open to interpretation for the audience.

Honey Grey is a compelling character with her own set of experiences, and never pretends to speak for anyone but herself. Her down-to-earth, candid attitude is appealing. The structure of the play reflects the evolution of jazz as a musical genre, and it references multiple real jazz singers.

My biggest praise goes to actor Michaela Bennison, who performs a difficult role flawlessly, who I interviewed last month. As the only actor in the one-woman show, she must execute long monologues and numerous musical performances with the help of the brilliant accompanist Tony Pegler, who created the piano arrangement for the show. Bennison’s tone and articulation were perfect for this role. The London-based actor maintained a Southern American accent and never broke out of character, even when she took breaks to drink water, an event which she naturally linked to a story about prohibition. She was captivating and interesting throughout the performance, portraying a range of characters to tell her story. She actively engaged the audience, speaking to them as if they were familiar, even inviting them to sing along.

The costumes, made from rich textiles, suited the time period and the progressiveness of jazz. Bennison entered the stage in a sequinned flapper dress, a fur stole and a headband with peacock feathers, emphasising her star quality, and finished the performance in a beautiful modern body-con dress. The stage was similarly dressed in warm colours and luxurious vintage designs. In addition, a beautiful decanter filled with water was constantly onstage out of necessity.

In Act One, the stage was designed to look like a backstage dressing room, with a decorative screen, a vanity table, a coat rack and a table with sheet music and a notebook. Bennison clearly knew her stage and utilised all of the props as part of her performance. She moved around the stage, changing costumes behind the screen and, at the end of the act, she put on lipstick in front of the mirror, signifying her maturity and loss of innocence.

The setting was not as well planned in the second act. It was arranged like a stage, with a microphone in the centre, illuminated by a spotlight, and had two tables placed outside the light. On one of the tables was the decanter, which was odd because, apart from the narrow beam from the spotlight, the theatre was bathed in darkness. Whenever Bennison needed to drink, she had to stand in the dark; even though she stayed in character the entire time, it still felt unnatural. In addition, the small circle of light from the spotlight hindered the performance by giving the actor limited space of movement.

Despite the minor awkwardness of the staging, Bennison’s performance was brilliant, and any fault of the production can be disregarded because she shone so brightly. To learn more about this gifted performer, be sure to check out my interview with her.

Lady of Jazz runs at the Hope Mill Theatre until 13th November.