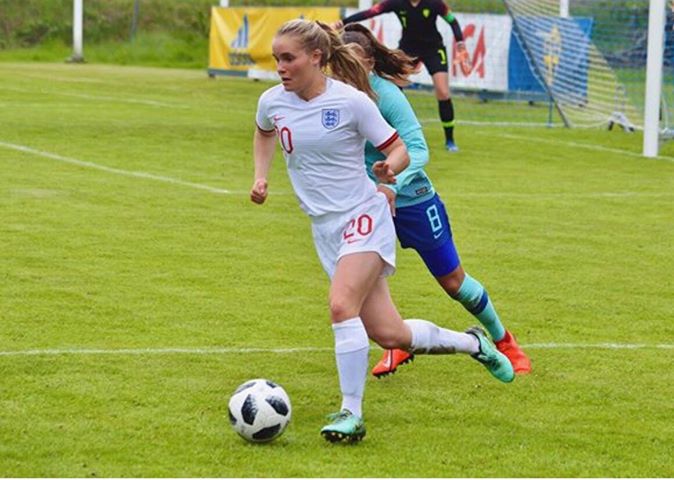 Crowds continued to surge as the Women’s Super League experienced another milestone weekend.

Eight days on from a momentous evening at Wembley, where 77,768 supporters backed the Lionesses in their narrow defeat to Germany, the English domestic game once again took centre stage. Over 74,000 supporters flocked to the six top division fixtures which took place on Sunday 17th November.

Four games took place at the stadiums of the sides’ male counterparts and it was at the state-of-the-art Tottenham Hotspur Stadium where a record was smashed. Having previously been held by September’s Manchester derby, an unprecedented WSL attendance figure was posted by Tottenham.

Blitzing the early season fixture at the Etihad, 38,262 fans passed through the turnstiles as Arsenal stunned their local rivals with a clinical 2-0 victory, courtesy of second half finishes from captain Kim Little and forward Vivianne Miedema.

Over 23,000 also turned out to see a closely fought match between Liverpool and Everton, the first of its kind to be played at Anfield. The home side were left rooted to the foot of the table after the Toffees took home the three points. Elsewhere Chelsea and Man City continued to play the role of pacesetters with victories over Man United and West Ham respectively.

This hugely successful weekend will be an important bookmark in a period of immense growth for women’s football in the United Kingdom. Both the FA and the clubs themselves have capitalised on the euphoria generated by the Lionesses’ run to the semi-finals of the recent World Cup in France in a variety of ways. This includes playing fixtures during the international break in men’s football, hosting matches at the finest football arenas in the country, expanding the league to 12 sides and offering discounted tickets.

Speaking to the Mancunion, England under-21 international midfielder Connie Scofield hailed the “opportunities” provided by the FA which has seen an increase in “quality and competitiveness” in recent years. On the ever-increasing crowds the Birmingham City playmaker added “it definitely adds to the atmosphere and makes the game more exciting”.

Scofield also hailed the role of the media, suggesting that “the coverage of the World Cup in France has really put the women’s game out there” and has inspired many young girls who were “able to see their role models on TV”. 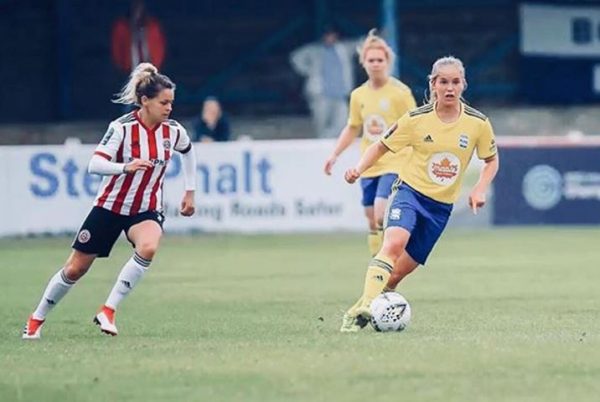 A monumental factor in aiding the positive reaction to these methods, has undoubtedly been the excitement of this year’s league season thus far. It is all well and good devising strategies and investing capital to increase the scale of the WSL, but this is still reliant on gripping fixtures keeping fans coming back time and time again. This has proved no problem, with well-taken goals, stoic defensive performances and controversy aplenty.

This excitement is seemingly no more apparent than in Man City’s scintillating performance against West Ham, when the talented Georgia Stanway provided a two-goal masterclass before controversially seeing red late on to rule her out of next week’s clash with Bristol City. Goals also flowed in Brighton’s victory at the Amex Stadium and in a 3-3 draw at Reading’s Madjeski Stadium.

Whilst this weekend must be seen as a defining moment so far for the WSL, it is certain that in the coming years this will become the norm. What is clear then, is that women’s football is well and truly on the map and is here to stay.