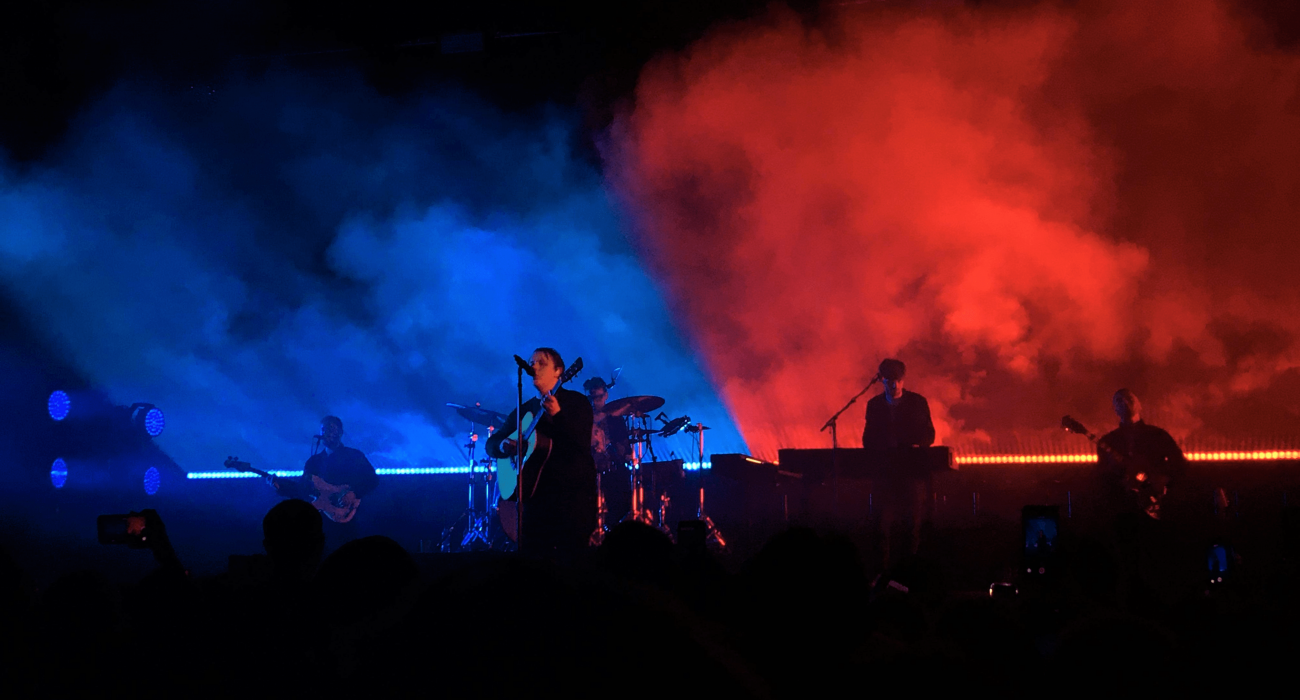 Coming at the peak of his career, Lewis Capaldi’s visit to Manchester Academy was highly anticipated.

The first support was up-and-coming indie band The Snuts, whose music made quite a contrast to Lewis Capaldi’s famously depressing style. However, once their lead singer started addressing the crowd in a Scottish accent so thick he almost needed a translator, it was clear why they were there.

They gave a very relaxed performance, yet their songs still had drive. Some of the highlights were ‘Glasgow’, which prompted a big cheer from the audience, and ‘Sing for your Supper’, a monumental tune which rounded off their set nicely. The song ended with the lead vocalist putting down his guitar and singing directly to the audience in one of the evening’s most heartfelt moments. It was a shame that their set was so short and, as support bands go, they deserve a bigger audience. Watch out for them.

Lewis’ second support was Grace Carter, a synth-pop singer, whose style was much more aligned with his. Unfortunately, the start was a little pitchy, and she didn’t seem to take control of the stage. It was only when she began to sing her earlier and more heartfelt songs, like her debut ‘Silence’, that she came into her own. The difference between her entrance and exit was a measure of the performance: she drifted on but powerfully strutted off. It was a solid set and I would recommend seeing her on the 22nd of April 2019 when she plays Academy 2.

Now it was time for the main event, and it was clear who the crowd wanted to see. The cheers were deafening among Capaldi’s overly dramatic entrance music. He opened with hit ‘Grace’, and from that point on the gig was a karaoke, the audience singing along to virtually every lyric. The trademark humour, for which Capaldi is almost as famous for than his music, was very evident in this set. At times it was almost a distraction: after two songs he paused, and for ten minutes proceeded to mime various sports for the audience. However, a light mood was preferable to what would otherwise have been an hour-long exploration into self-pity.

Despite being more processed on his studio tracks, his live voice is phenomenal, especially when he belted out some of the higher songs. It was good to see so many men in the audience engaging emotionally with the music, more so given the traditionally masculine character of the singer. In an age of increasing awareness and advocacy of mental health, Lewis Capaldi is leading the conversation.

One of the highlights was newer release ‘Before You Go’, which features on the extended version of his debut Divinely Uninspired to a Hellish Extent. This was the song’s third live outing, and with a sincere message and heart-rending vocals, it was clear why it’s one of his fastest streaming songs to date.

Capaldi rounded off his set with ‘Someone You Loved’, a now Grammy-nominated piano ballad. It was a fitting closer, with just him and his pianist left on stage as the audience waves of choruses sailed the night to its conclusion.