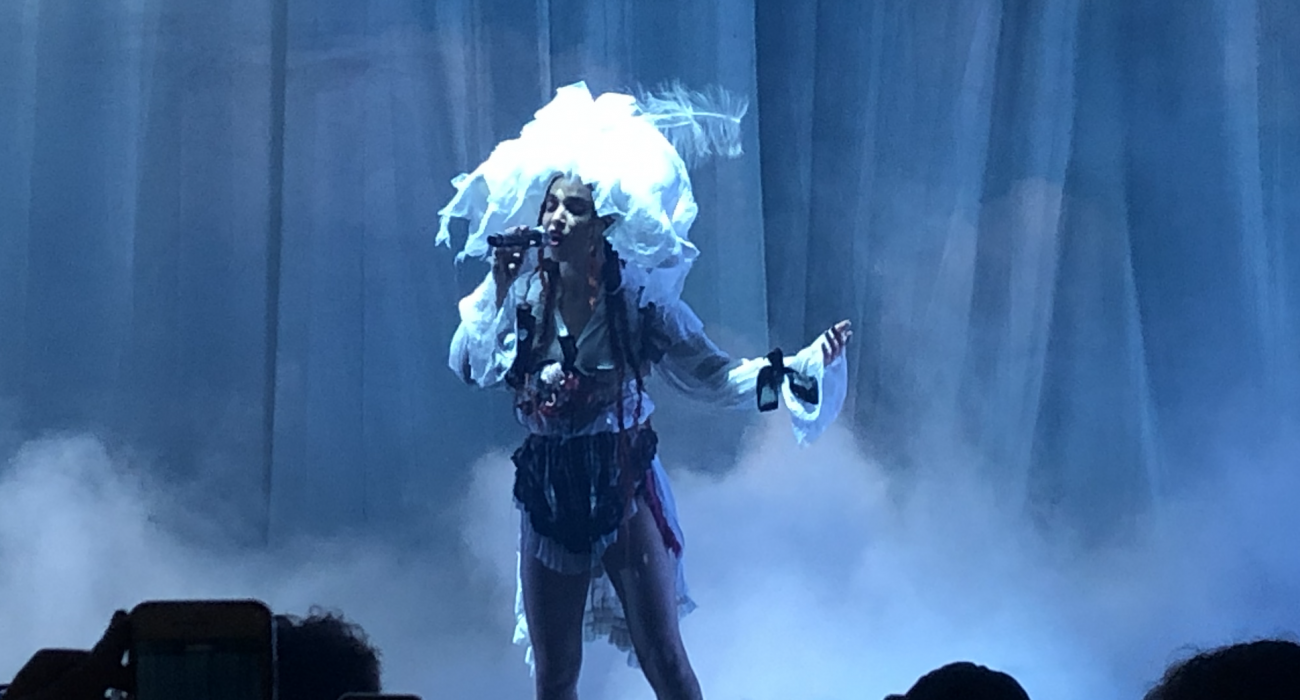 Smoke machines, metal scaffolding and extravagant Renaissance-evocative outfit changes – FKA Twigs has blurred the lines between concert and performance art in her latest show at the O2 Academy in Brixton. Her unique iconography prompts the question: do modern musicians need more than just sound to distinguish themselves?

Twigs blessed us with a synchrony of dance and vocals while performing her masterpieces and her eruptive entrance redeemed the late start just as audience members began to moan. The atmospheric intro of ‘mary magdalene’ and its divine vocals, reverberating amidst a blackened stage, made for an iconic opening.

Stunning choreography between the artist and her backup dancers, including electrifying moments of solo sword-dancing and pole-dancing, created an experience that felt almost sacred. I love it when artists address the crowd, so it was especially touching when a soft-spoken Twigs asked: “who’s had their heart broken?”.  A heart-rending delivery of ‘mirrored heart’ followed, ending in a teary-eyed Twigs herself choking on the last lines.

Twigs has been touring restlessly across the States to promote the short studio album MAGDALENE, so the magnetic energy and emotion sustained in her London performance deserves utmost admiration. Twigs showed that she remains connected and dedicated to her work at all times, and fans who attended can bask in the knowledge that our love for her is infinitely reciprocated.

Impressively, every song from MAGDALENE was featured amongst other well-chosen favourites from previous albums. Unfortunately, the iconic ‘Glass & Patron’ was excluded; in fact nothing from her album M3LL155X saw the stage. I think at least one track deserved a feature as all of her early albums were proportionately represented that night, but I was far from disappointed with the otherwise flawless setlist. It’s hard to imagine that anyone was left displeased by the overall concert, even if some long-time followers might have anticipated the appearance of those older classics.

Björk-esque instrumentals and vocal resonances with Kate Bush are clear in MAGDALENE, but Twigs has earned her position as an icon of experimental music. Her avant-garde expressionism and spectacular ability to manipulate her body through unconventional dance forms seem to be what has established her prominence in the industry.

In an age of identity politics, her marketed image – including her conscious, female watermark  – seems integral to her actual music. I can’t really listen to ‘Cellophane’ without a mental picture of the elastic Twigs twisted around a pole kicking a robotic angel as seen in the music video. Nor can ‘holy terrain’ be extricated from images of a dynamic girl-trio dancing to the cacophony of beats in the pre-chorus. This really begs the question: is an artist’s self-presentation or their musical signature more important?

To me, they can’t be separated in the case of FKA Twigs.  Her instrumentals and ingenious lyricism, which seem deceptively simple at times, speak volumes for the music itself. But her concert showed how the emotion in her songs is enhanced through the empowering performance mediums with which she works, and she fused these aspects immaculately at the O2. 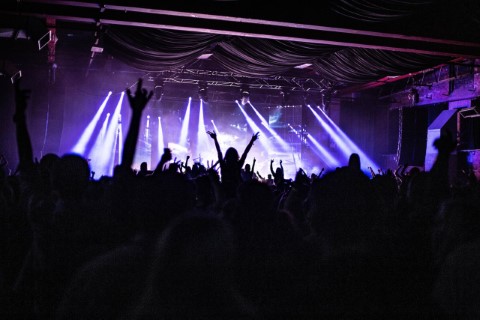 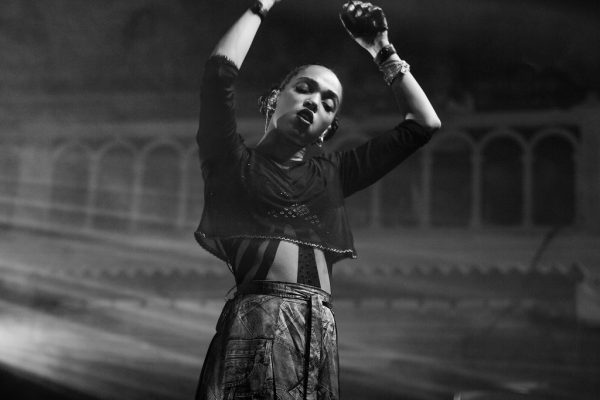