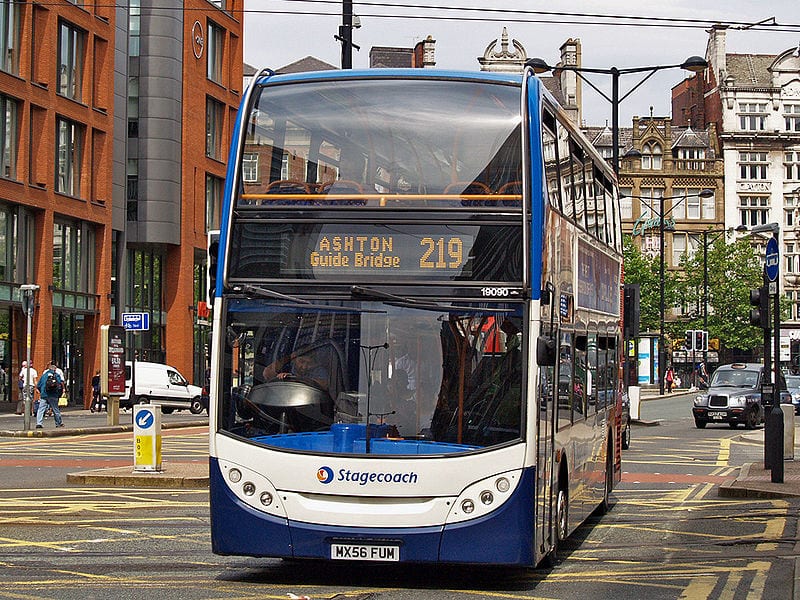 Stagecoach Greater Manchester has reported a slight drop in pre-tax profits for the 2018-19 financial year, with rising costs beginning to bite despite some fare rises this month.

The bus company is one of the largest in Manchester and their blue and yellow ‘Magic Buses’ are instantly recognisable to most students in the city.

Pascale Robinson, who runs the campaign for Better Buses in Greater Manchester, told The Mancunion it was a “scandal” that the company had posted a pre-tax profit while running a “worsening” service.

Robinson said: “Bus companies making £15.2m in pre-tax profit, while running an ever-worsening service and increasing our fares year in year out, is a scandal. With the current system, bus companies cherry-pick the most profitable routes, pocket big money, and leave us to pay for the rest of the routes, at a price they set.

“Public control will mean we can use profits from busy routes to fund more vital routes for the public good. We can use public money better to get back evening and weekend services. Bus companies make a healthy profit, and yet 8 million miles have been cut from the network since 2010. We can’t carry on like this. We deserve what London has: a regular, reliable, publicly controlled bus network. We hope Andy Burnham listens to Greater Manchester.”

In the new year, Stagecoach held the price of single journey tickets, but 7-day, 28-day and Xtra tickets did see increased prices.

These services are mainly operated on a commercial basis in a largely deregulated market. Earlier this month, campaigners called for Greater Manchester’s buses to be brought back under public control with an 11,000 strong petition handed to Greater Manchester mayor Andy Burnham.

In the newly released financial report, the company said it continues to expect ‘subdued’ revenue trends from local bus services in the short-term.

The company said it had implemented “targeted mileage reductions” and “selective fare rises” as it makes changes to services to support the long-term success of the business.

“The latest phase of this investment will see us deliver the region’s first double-decker electric buses with zero emissions, and a further 52 new low emission Euro 6 buses which will be rolled out across Greater Manchester over the coming months. Without profit, this substantial and ongoing investment would not be possible.

“Our services already outscore London’s bus transport for customer satisfaction and the average fare paid by our customers in Manchester is £1.12, compared with London’s taxpayer subsidised £1.50 single Oyster or contactless fare, while our single fare has been frozen for two years.

“We are committed to improving the bus network further but need the support of local decision-makers to tackle key issues, like car congestion, to give local people the transport network they need. Spending over £134m of taxpayer cash to franchise the bus network will not tackle these key issues and is therefore not the best way to instigate positive change.”