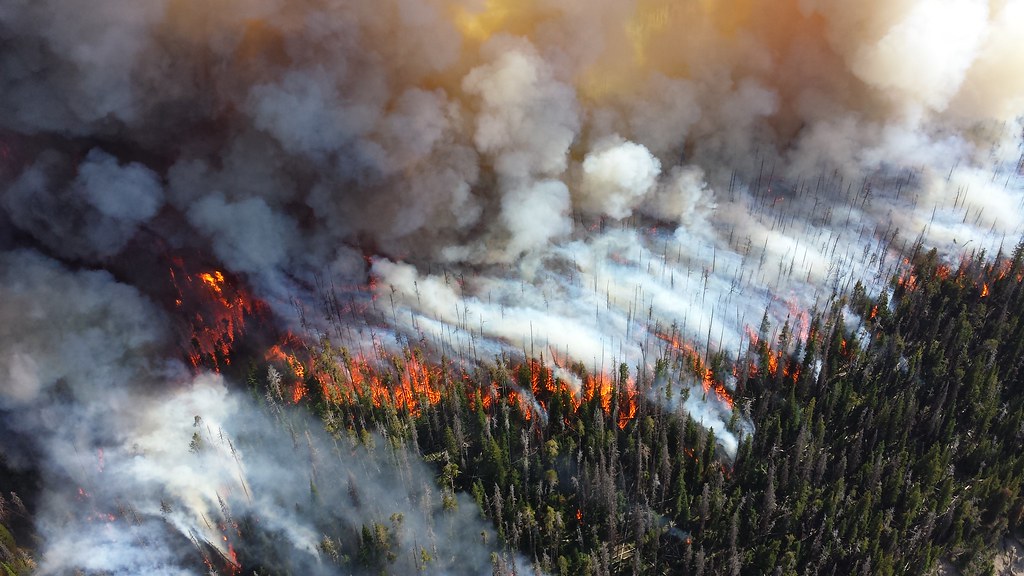 Climate change is one of the most major political issues of our time, climbing to the top of the agenda in Western countries. Pressure groups and social movements such as Greenpeace and Extinction Rebellion have raised the profile of the climate crisis to the very forefront of public consciousness. Britain’s 2019 general election marked this. The climate crisis finally received some attention in the debates – although it was a secondary issue at best.

For me, growing up in the 21st century, climate change has always seemed to be on the political backburner. Rationally, we know it’s a serious issue that will drastically alter our planet and could lead to mass extinction, but in the face of this certainty, no one ever does anything. This always seemed strange to me – politicians wasting their time arguing over trivial issues which seemed so small compared to the impending death of our planet.

But I’ve started to understand why – “it is easier to imagine the end of the world than an end to capitalism.” The threat of climate change requires us to confront some fundamental assumptions about capitalism which centres on ideas that growth is good, and that we can have what we want – as long as we have earned the money to pay for it.

We now must confront the sobering truth that continued, unfettered consumption leads to species death and that natural resources are finite. The capitalist system built on the myth of endless growth and consumption is unsustainable. Leaders and politicians have to fundamentally realign the priorities of our global system. We will all have to make do with less. But that’s not something many established politicians – especially populist ones – can bring themselves to say.

To me, it seems that the Global North is finally waking up to the realisation that this is something that they may actually have to deal with. Perhaps not initially first-hand, but definitely through mitigating the impacts on the Global South. Until now the implications of the climate crisis on the south could largely be ignored, but over the next fifty years, the very real threat of a climate refugee crisis looms. The Western world dictates the global political agenda and has chosen to avoid the climate issue for some time. But in the face of growing social and political pressure and the growing implication that they will finally be impacted by this crisis, it is finally moving into the centre-ground of the political debate.

I understand why the general public may feel apathetic about the issue of climate change. Why should a family living in austerity Britain, struggling to get by, want their taxes raised to invest in a “green future”. Why should they care to spend more time recycling, or shopping ethically for eco products often more expensive than the alternative?

But it isn’t the individual’s job to do this. It’s the policymakers who need to enact change, it’s the countries and politicians, but it’s also the big businesses and TNCs who have excessive influence over policy. They either need to reform their values – prioritising climate protection – or have their influence over policy heavily curbed. Personally, I think both.

The climate crisis and its mitigation throw global inequality into sharp focus. The impacts of the climate crisis have and will continue to negatively impact the least well off in the world. Droughts, increasing desertification, rising sea levels, and disease are a number of issues currently affecting the developing world and will continue to worsen. This will eventually lead to climate refugees, fleeing disasters because developing countries won’t have the money or resources to mitigate against them. The crazy thing is that we, the developed world, are the ones causing these disasters, yet are doing little about it! The Western world has spent over a century contributing to greenhouse gas emissions. We caused this emergency and we need to stop it.

Yet even through legislation, we’ve found loopholes. The carbon cap and trade system was set up to cap the amount of emissions that are released globally. This is then turned into a system of carbon allowances for companies and countries. This led to the creation of Carbon Offsets, which are a way that big countries and businesses are able to pay smaller businesses and countries to reduce their emissions instead of reducing their own. It seems to make sense, right? Big businesses need more allowances and smaller ones don’t use all of theirs. It has, however, led to bigger problems. This is because the way it works is that big businesses buy carbon credits from developing countries with the promise of investing money into green projects in these countries, such as reforestation. Yet these big countries have found a way to actually play the system. There have been many cases of big businesses going to a country, cutting down a forest, replanting trees to demand their carbon credits. There have also been cases of land grabs – businesses claiming areas of land for said ‘green projects’, that are home to large communities and de-homing them.

To me, there is an inherent flaw in the theory of eco-commerce. If we turn the literal air we breathe into a commodity to trade within the very system of capitalism which caused the climate crisis, then we are doomed to failure.

The way the developing world is being treated in the climate crisis is abhorrent. We are making the poorest in the world pay for a crisis caused by the rich. This needs to stop and the fact that after decades of climate disasters – floods, droughts, and fires affecting the developing world – we are only just beginning to recognise the severity of climate change is wild. The notion of a green new deal was recently considered by the Labour Party, but when ten years ago the then President of Bolivia Evo Morales attended the UN climate summit to propose a green new deal, a kind of Marshall Plan for climate change, his proposals were disregarded. This was a year after the US spent $500 billion dollars bailing out its banks following the 2008 financial crash.

The US is the world’s leading hegemonic power – yet it has pulled out of the Kyoto Protocol and since then the Paris Agreement. Despite this, it won’t bat an eyelid when its perilous system of capitalism descends into yet another crisis.

This paints a very stark picture of who and what we value in the world. If we continue to prioritise profit and unfettered capitalism, valuing business before people’s lives, then we have no chance. It is time for the West to put its hands up, understand that global capitalism and profit-hungry businesses are to blame, and to take responsibility for the global climate crisis.