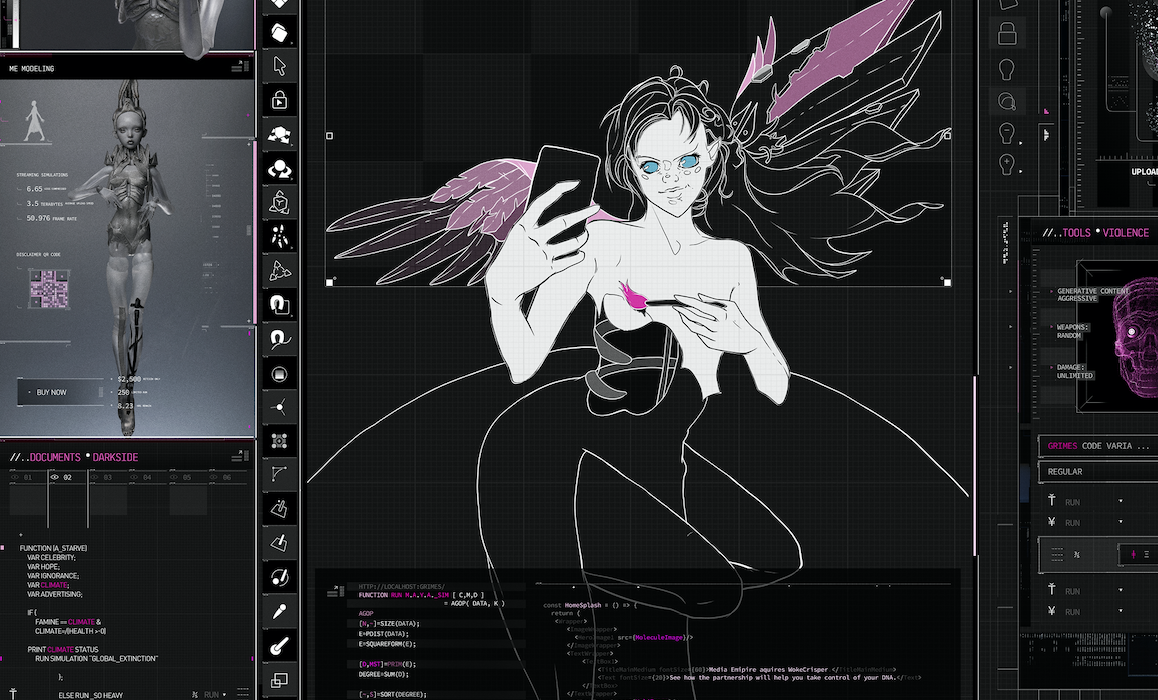 Recently best known for dating Tesla billionaire Elon Musk, with whom she is seemingly now expecting a child, Grimes – real name Claire Boucher – is unconventional, to put it lightly.

It probably comes as no surprise then that she has described her latest project, Miss Anthropocene, as a concept album about the “goddess of climate change,” with its title referencing the current Anthropocene – or the age of humankind – and doubling as a play on the word misanthrope. Despite the collective eye-roll that this description is bound to induce, the reality is that Grimes’ latest album is truly brilliant, surprisingly accessible and seemingly deeply personal beneath its apocalyptic, sci-fi façade.

Despite a relatively modest runtime of only 45 minutes, Miss Anthropocene feels massive. The sheer range of sounds the album presents is astounding, with a mix of genres that one might never expect to find on a singular record. Relatively conventional and stripped back songs like ‘Delete Forever’ and ‘New Gods’ find their place alongside some of the most ambitious and bizarre songs of Boucher’s career.

Album standout ‘4AEM’ is one of the most brilliantly baffling songs of her career, beginning with a murky, ambient soundscape before abruptly accelerating into a frenetic drum ‘n’ bass beat and sampling audio from a Bollywood song. The fact that the lyrics make no real sense makes it, arguably, even better. Less baffling but no less brilliant is ‘Violence’, a relatively radio-friendly electro-pop banger that manages to be both sonically complex and very danceable.

Death appears to be ever-present on this record. The title of ‘Delete Forever’ may sound like a reference to the aforementioned “goddess of climate change”, but lyrically it references the friends that Boucher has lost to heroin addiction. The album’s thematic and emotional climax has to be is its penultimate song, hazy psych-rock jam ‘Before the Fever’, which sounds something like a Lana Del Rey ballad from the apocalypse. “This is the sound of the end of the world,” Boucher sings, and it really does sound like it. It’s not all doom and gloom, however, with album closer ‘IDORU’ serving as a light and euphoric finale after the doom and gloom of the previous track.

Although this album is (thankfully) far less pop-centred and saccharine than its predecessor Art Angels, it isn’t quite a return to the largely formless, abstract soundscapes of Boucher’s early career. She shows her continued ability to write a hook that gets stuck in your head on songs like ‘Delete Forever’ and ‘You’ll miss me when I’m not around’. While many of her earlier songs would somewhat blend with each other on each album, every song on Miss Anthropocene is distinct and individually memorable. The eclectic nature of the tracklist means that the album is probably the least cohesive in Boucher’s discography, but that is a minor criticism for what is otherwise a stellar body of work.

Miss Anthropocene is fascinating, complex and mesmerising. While it is too early to say whether it can quite match the incredible standard set by her critically acclaimed breakout album Visions, it represents another triumph in her idiosyncratic career. Grimes’ Spotify biography refers to Miss Anthropocene as her “final earth album.” Frankly, I’m sceptical that her music was ever of this planet to begin with. This is the sound of the end of the world, and it sounds beautiful.