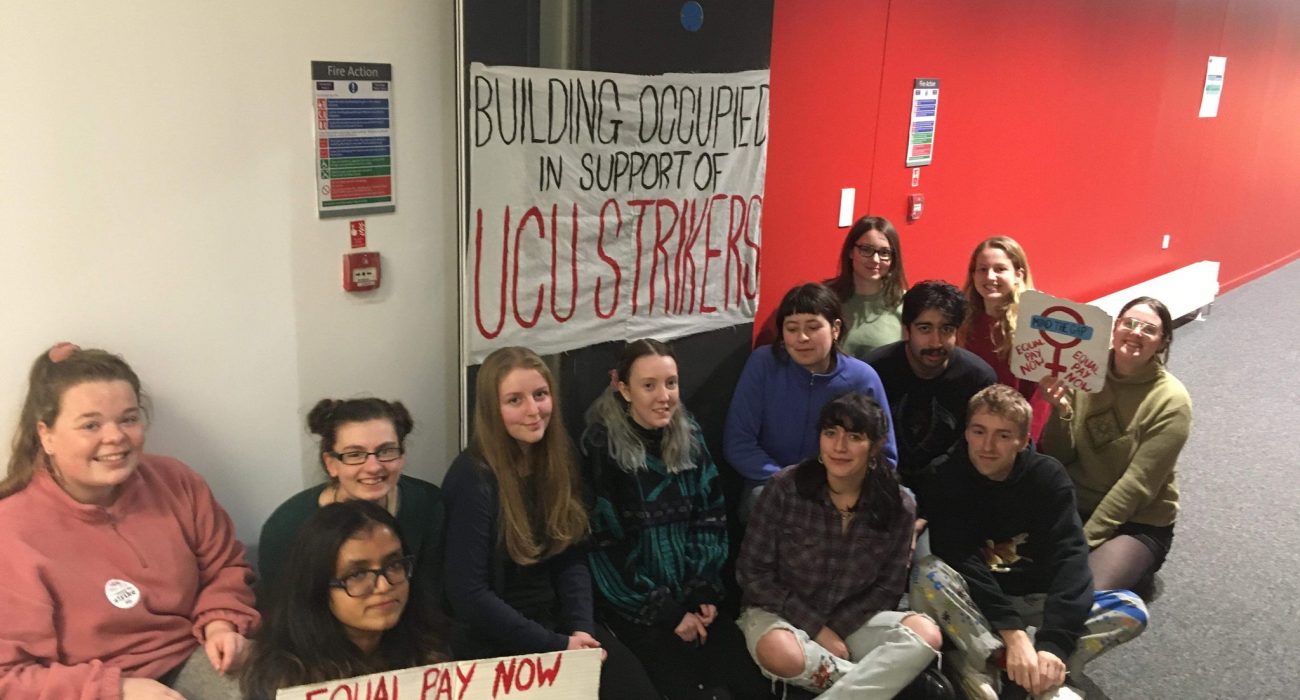 Students have begun a planned four-night occupation of University Place in solidarity with striking lecturers.

The occupation started on Monday evening. It is thought that at least ten students are involved. It has been organised by the University of Manchester’s branch of social justice group People and Planet.

They are protesting in support of University and College Union (UCU) members ‘four fights’ strike, which culminates in a full five days of industrial action this week.

“At 7:30pm, a group of students from People and Planet UoM and  Students Support the Strikes UoM occupied University Place in solidarity with UMUCU and all striking staff,” reads a statement on the People and Planet Facebook page.

UCU members at 74 universities across the country are striking for 14 days over pensions, pay, working conditions, and casualisation. Each night of the occupation aims to highlight a different one of the four issues, starting with the BAME and gender pay gap.

“Tonight we highlight one of UCU’s four fights: the gender and ethnic pay gap in higher education. For the University of Manchester specifically, the gender pay gap currently stands at 18.4% and the BAME pay gap at 31.4%. We support the demand to close these pay gaps and work towards full equality within higher education.”

The University has said that it “supports the right of any student to protest peacefully and legally,” and its priority is ensuring that “we do everything we can to minimise disruption to other students and to our staff.”

Simultaneous occupations are happening at other universities across the country, including Liverpool, UCL, Nottingham, and Exeter.

UoM People and Planet have carried out several previous occupations, most recently in November when they occupied the John Owens building in protest of the university’s investments in fossil fuel companies. 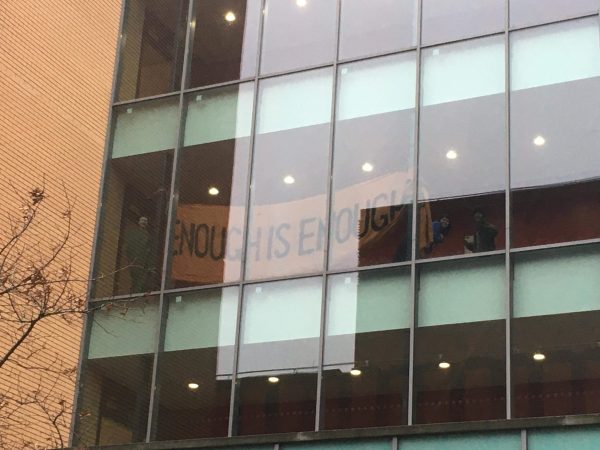 The occupation has been welcomed by UCU members on twitter, with UMUCU tweeting “New rule: Minimum 90% grades for students occupying over #FourFights. You have clearly outgrown our teaching and now we are learning from you.”

“The University of Manchester supports the right of any student to protest peacefully and legally. However, our responsibility as a University is to ensure that we do everything we can to minimise disruption to other students and to our staff.

“With regard to the current industrial action, the issues of pay and USS pensions are negotiated at a national level and constructive discussions are continuing at present.

“As an institution, we take our commitment to equality, diversity and inclusion extremely seriously and share many of UCU’s concerns on conditions and are seeking to address these.

“For example, this is demonstrated by our *published targets to increase the percentage of women in senior academic positions to 44% and to redress the under-representation of BAME men and women in Professional Services (PS) and academic positions.

“The actions we are taking focus on ensuring we have fair recruitment, selection and promotion policies in place. These procedures are actively reviewed to ensure they are accessible and free from bias.

“We understand there is still work to do, but we take pride in the wide range of support that is available to all our staff.”

Occupiers joined staff on the picket lines on Tuesday morning. The occupation is expected to continue until the end of the week.