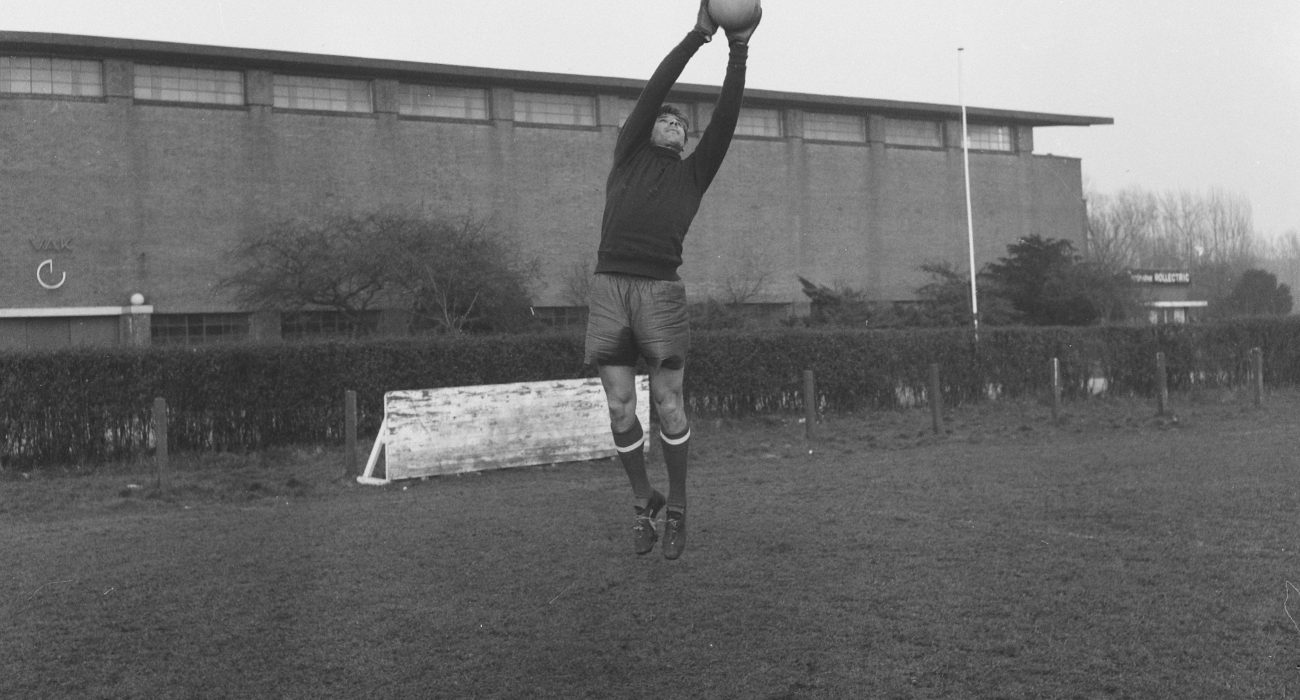 The evolution of the goalkeeper

In the same year that Albert Camus won the Nobel Prize for Literature in 1957 he was interviewed as he sat in the stands at a football match. The interviewer asks Camus about the performance of one of the goalkeepers. On the matter, Camus replies, “Don’t blame him. If you were in the middle of the sticks you would realise how difficult it is.” Here, Camus, who was once a goalkeeper for Racing Universitaire Algerios before turning to existentialist philosopher par excellence, articulates the idea of the Goalkeepers’ Union: the notion that a goalkeeper will never criticise one another. Goalkeeping was always an influence on Camus’ career, as he revelled in the absurd quality of standing between two poles in a state of suspended animation.

However, much has developed in the specialised position of goalkeeper since Camus’s playing days. Goalkeepers no longer function as an isolated pariah as the modern goalkeeper must function as a sweeper, defensive commandant, and even playmaker. Manuel Neuer is often described as the archetype of the modern day sweeper-keeper, particularly following the success of Neuer’s Germany at the 2014 World Cup. Neuer performs the notion that a keeper is not just limited to their area, but must read the match as an auxiliary sweeper.

Speaking to The Guardian in 2018 about his football philosophy, Neuer said: “I have to be outside the box and be involved in the passing game from the back to get the ball to the first, second and third row of players.” The traditional rule book of goalkeeping has been rewritten, sending shockwaves through all levels of the game. Non-league football has also placed an emphasis on the ability for goalkeepers to be comfortable with their feet, as have youth academies.

Modern goalkeeping, though, is not without its flaws. Manchester City’s Ederson was the recent victim of the trappings inherent in his style of play as he uncharacteristically flapped in the Manchester Derby as he nearly swatted the ball against a charging Martial. The other instance was when he bowled the ball out to McTominay, who cooly finished from 40-yards out. Though Ederson made gaffes that wouldn’t go amiss on David Seaman’s seminal 2003 keeper-blooper film Goalkeeping Nightmares, modern goalkeepers find themselves more open to these sort of risks than their predecessors.

However, when the role of sweeper-keeper is executed correctly, riches are reaped. For instance, despite Guardiola’s failed Bravo experiment in the Catalan’s inaugural season at Manchester City, he was stubborn in his approach to playing out from the back in his sophomore year. Bravo was quickly swapped-out for Ederson from Benfica, and in the following two seasons Guardiola’s commitment to the sweeper-keeper approach paid off.

The largest indicator that goalkeepers are more than just shot-stoppers is in the eye-watering price tags they command. It was the sale of Gianlugi Buffon from Parma to Juventus in 2001 for £47.60m that held the record before Ederson’s transfer finally broke it over a decade later. The current world record transfer paid for a goalkeeper was set when Kepa Arrizabalaga left Athletic Bilbao for Chelsea in 2018 at a price of £71.6m. Top clubs now have to dig deep in order to attract well-rounded goalkeeping product.

Whilst things haven’t changed in some aspects — goalkeepers are still often seen as madcap figures, unwilling to criticise one another in the clandestine ‘keepers union’ — it is no longer the tallest school kid that gets put in goal, but often the most accomplished technical footballer.