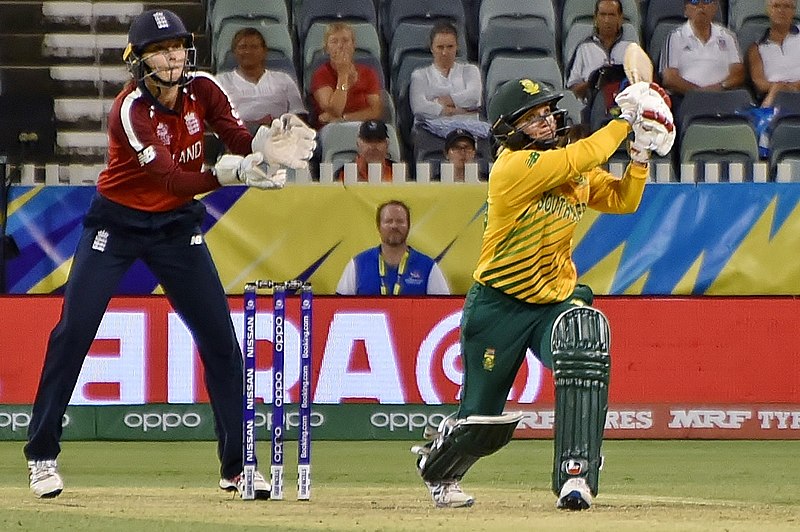 Could there be a more perfect stage? The hosts in the final, a record attendance, International Women’s Day, Katy Perry proving that she’s been a lifelong T20 badger (Confirmation… test cricket is dead). This was a final worthy of what was an unprecedented tournament.

Australia lifted the World Cup for a fifth time in front of more than 86,000 supporters at the Melbourne Cricket Ground, dismantling an unbeaten Indian side with a ruthless fielding performance. The tournament favourites, Australia, were the worthy winners and their dominance in all formats is a testament to the emphasis placed on women’s cricket in the country.

The atmosphere was refreshing; there was no crowd abuse, no ‘sledging’, and spare a thought for England and South Africa who conducted themselves so gracefully having had their hopes of reaching the final cruelly thwarted by rain. You cannot imagine any international women’s side needing a PR saving documentary anytime soon, despite the temptation of Cricket Australia to deliberately cheat in the hope of Amazon lining their pockets with cash.

All bad jokes aside, the tournament highlighted the ever closing gap between the international sides. Pakistan toppled the 2018 winners West Indies in the group stages, and nearly had the favour returned to them by World Cup debutantes Thailand, whose smiles and spirit reminded everyone of the reasons we play the game. Coupled with good performances from Bangladesh and Sri Lanka, the tournament was always competitive and the future looks bright for the women’s game.

The four favourite teams had mixed fortunes. India were fantastic right up until the final, their group stage win against Australia saw Poonam Yadav bowl the spell of the tournament, her flighted leg breaks unplayable as she collected three wickets in eleven balls. England seemed somewhat muddled throughout the tournament, unable to decide on their best batting order, but Nat Sciver showed her class with the bat and whose to know what would have happened had their semi-final not been washed out. Moreover, South Africa unearthed a rare talent in Laura Wolvaardt, whose 50 against Pakistan was one of the innings of the tournament, whilst Australia maintained their composure following the injury to their star player and the Don Bradman of women’s cricket, Elysse Perry.

Finally, the tournament was special in that three of its stand out performers were 20 or younger. New Zealand’s Amelia Kerr (19) impressed with both bat and ball, England’s Sophie Ecclestone (20) was their most prolific bowler taking eight wickets at an almost unheard of economy rate of 3.23, and as mentioned before Laura Wolvaardt (20) lit up grounds with her expansive stroke play.

Sometimes, World Cup finals can seem a bit over the top. The fireworks and thumping music can take away from the intensity of the game, but, in this instance, at such an integral stage in the development of the women’s game, it needed to be a spectacle. What a spectacle it turned out to be.