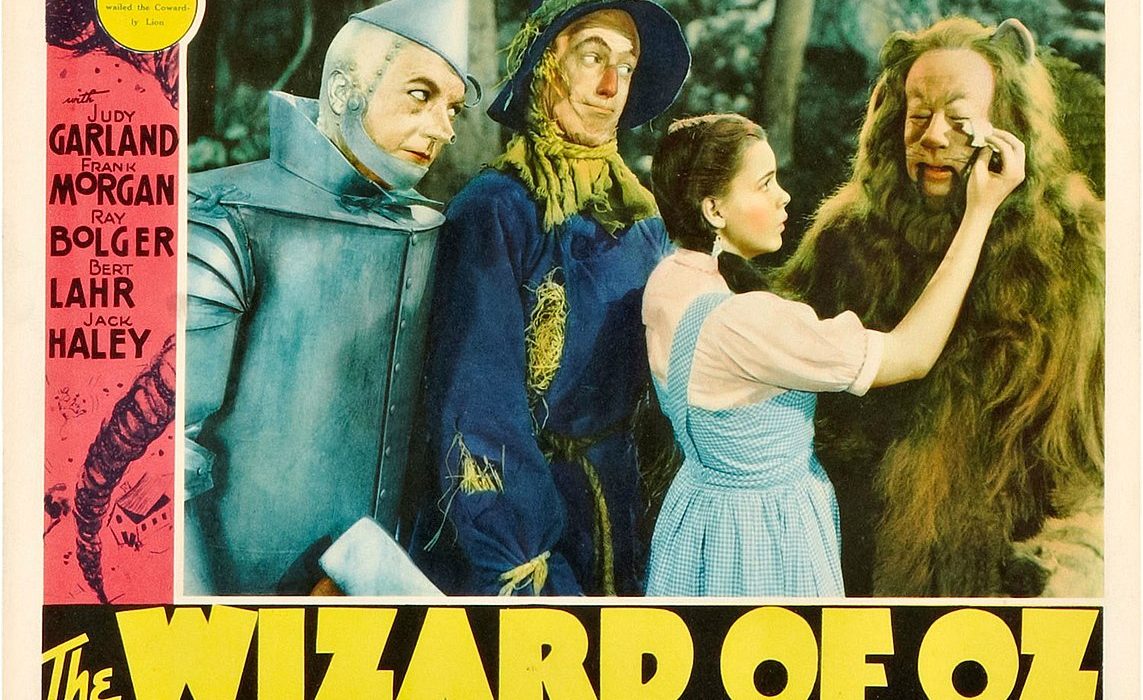 Nobody will need reminding of the ongoing situation in the UK and across the world. As governments take the essential steps to reduce the spread of the pandemic, this means staying at home unless absolutely necessary.

While these measures are crucial to mitigating the spread and impact of the virus, they are inevitably going to be frustrating to many people and have the potential to seriously damage our wellbeing.

For this reason, it’s important that we take time to relax and enjoy ourselves. As we all adjust to a new pattern of living, here are a curated selection of feel-good films to help you escape from the outside world and get lost in a movie. 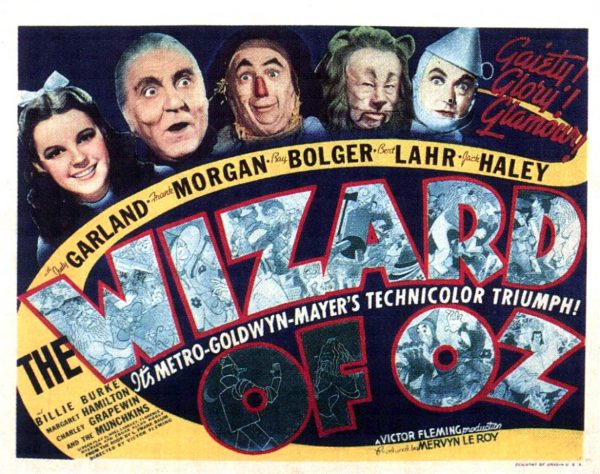 The Wizard of Oz

Featuring some of the most memorable musical numbers ever composed and with an equally memorable cast of colourful characters, The Wizard of Oz is one of a select group of films from pre-war Hollywood that continue to captivate audiences today.

A teenage Judy Garland gives a star-making performance as Dorothy Gale, who is catapulted into the fantastical Land of Oz when her Kansas home is carried away by a tornado. From the very first moment that Dorothy opens her door, the film’s beautifully designed sets and vivid costumes are on full display and the Munchkinland sequence that follows must stand among the most joyful moments in cinema history.

As she journeys to find the Wizard, Dorothy comes to meet a collection of unique characters. Each of her three acquaintances reflects a worry that most people have felt at some point but they’re also immensely fun. Even after eighty years, these characters remain as charming as they ever were and the film they populate makes the most of every moment of their company.

Beginning with Toy Story in 1995, Pixar Animation Studios had an almost perfect run of films that lasted for a decade and a half. Almost exactly in the middle of this succession of classic films is Finding Nemo, the story of Marlin, a clownfish who must cross the ocean to find his missing son with the help of a forgetful blue tang named Dory.

Marlin’s journey across the ocean brings him into contact with a marvellous selection of sea creatures, each richly developed and bringing their own fresh character to the story. Even leaving the narrative aside though, Finding Nemo is one of the most beautifully animated films ever brought to screen and this alone means that it is difficult not lose yourself in its splendour. Combine this with the life-affirming commitment that Marlin demonstrates throughout and its guaranteed to bring a smile to any face. 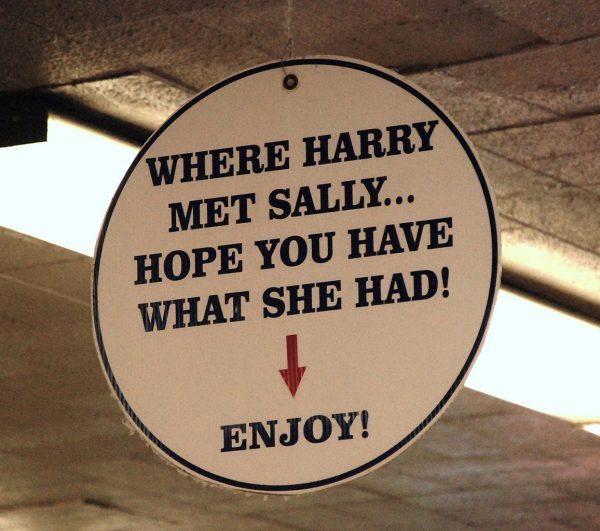 Many great films are thought to be the result of the visionary filmmaking talent of a single auteur. Other great films are the result of the combined efforts of many talented individuals working together in collaboration. When Harry Met Sally… fits firmly within the second category, combining the unparalleled screenwriting talent of Nora Ephron with Rob Reiner’s smart direction and a pair of perfect performances from Billy Crystal and Meg Ryan. There’s also a great soundtrack from Harry Connick Jr. that includes Louis Armstrong and Frank Sinatra.

For most of its runtime, the film simply follows the lives of two young friends as they navigate romantic life in New York City but in doing so it both entertains and captivates. Ephron’s genius lies in her ability to capture the sort of conversations that people actually have, all the while revealing more and more about the characters of Harry and Sally and how they relate to one another. The decision to focus on the characters rather than employing typical movie narrative contrivances means that the conversations feel as funny and as relevant today as they did in 1989. 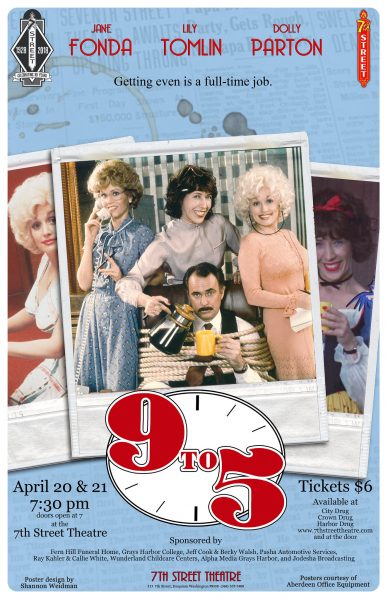 From the moment that Dolly Parton’s infectious theme song begins, 9 to 5 is an unstoppable piece of entertainment. Despite grappling with some genuinely important subject matter like workplace discrimination and sexual harassment, the story remains light-hearted throughout.

What makes 9 to 5 so thoroughly brilliant, of course, is the three central performances from Lily Tomlin, Jane Fonda and the aforementioned Dolly. Taking revenge on their “sexist, egotistical, lying, hypocritical bigot” of a boss, the three have screen chemistry that’s impossible to contain. Notably, the script is full of superb one-liners that have aged far better than most of Hollywood’s comedic output from the early eighties. Who wouldn’t want to spend two hours with these three women?

Raiders of the Lost Ark

If you’re looking for something more adventurous to escape with then it makes a lot of sense to return to the Hollywood adventure blockbuster. As the cynical and sarcastic Indiana Jones, Harrison Ford is on home territory delivering a charismatic leading performance that is well-matched by Karen Allen as Marion Ravenwood, his rival and love interest.

Indy’s quest to prevent the Nazi’s from acquiring the Ark of the Covenant leads to some of the most engaging action set-pieces in any Hollywood film, taking him from a Peruvian temple to Cairo by way of a Nepalese village. Elevating his escapades above the usual adventure story are Spielberg’s masterful direction and an original soundtrack by John Williams that stands as one of the most iconic of all time. Blockbuster entertainment at its peak. 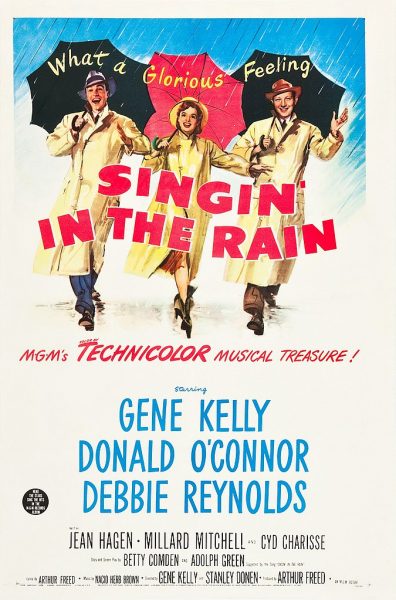 Singin’ in the Rain

Driven by the magnificence of Gene Kelly, Debbie Reynolds and Donald O’Connor, Singin’ in the Rain is the essential movie musical from Hollywood’s golden era. Even those who haven’t seen the film will undoubtedly be familiar with the title song and the defiant cheer that it embodies.

As a tale about the film industry’s transition from silent film to sound, it captures some real questions about entertainment versus art and whether there is really a difference. Nonetheless it maintains an effortlessly buoyant disposition thanks to the rapport that the three stars share.

Needless to say there’s also the fantastic musical sequences, from O’Connor’s comedic “Make ‘Em Laugh” to the unmistakable “Singin’ in the Rain” performance by Kelly. Perhaps the film’s best moments, though, are those where the characters are able to bounce off one another like in the triumphant “Good Morning” number.

If this limited selection doesn’t suffice to quench your thirst for feel-good cinema then consider some of the following films: