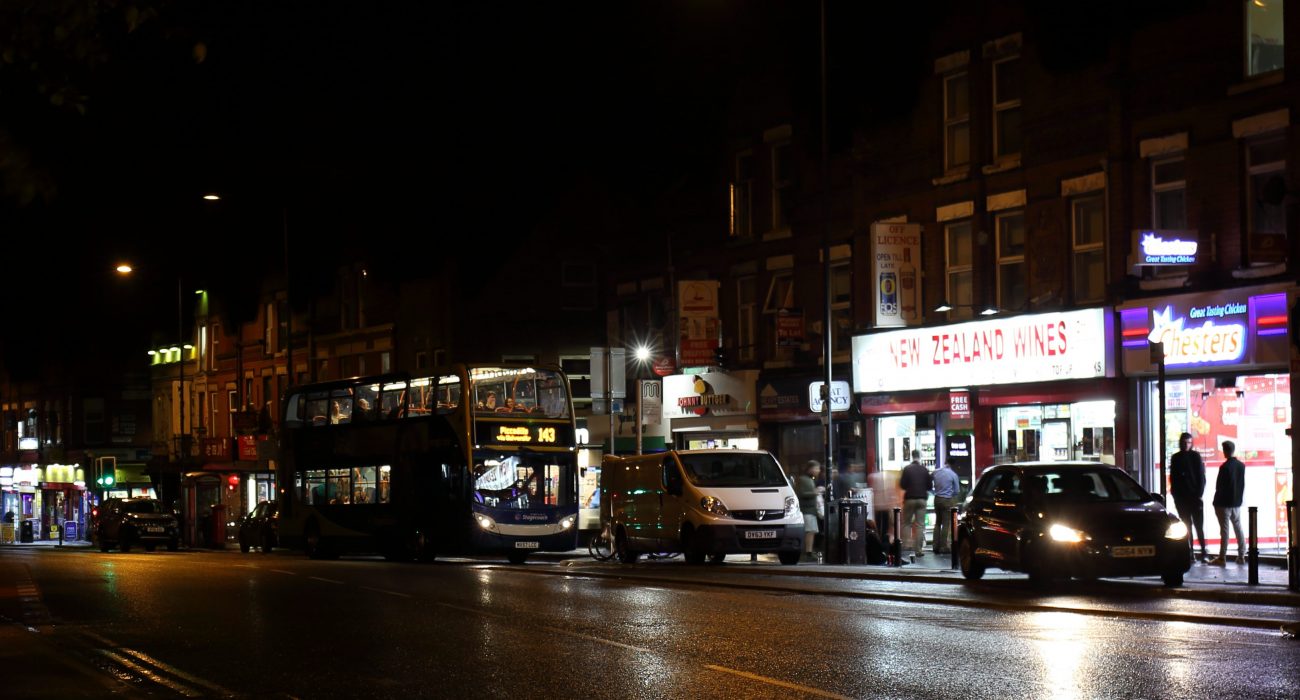 Fallowfield, the South Manchester suburb where many students will return this month. Photo: James Shuttleworth @ The Mancunion

Students arriving at universities across Greater Manchester are being warned that they must adhere to Covid rules – or potentially face disciplinary action.

In a rare joint statement, university leaders from across the region sought to “remind” new and arriving students of their “responsibilities in minimising the transmission of the virus”.

Greater Manchester is gearing up to welcome around 100,000 students in September at universities including Manchester, Manchester Metropolitan, Salford and Bolton.

Traditional freshers activities like mass gatherings and boozy parties won’t take place this year, and will be replaced instead with online and small scale events.

The universities are working with the police, public health bodies and local authorities to ensure students are clear on how to keep themselves and the wider community safe.

And students could face sanctions if they fail to follow the rules.

The statement read: “Across our universities, staff and students have worked tirelessly in the fight against COVID-19 – many on the front line in healthcare, volunteering, or at the sharp end of research to treat those suffering with the virus or to protect those at risk.

“This commitment to fighting COVID-19 continues as we bring students back on to campus and surrounding areas in our cities.

“As new and returning students join our community, we remind them of their responsibilities in minimising the transmission of the virus in our city region and in acting as ambassadors for our universities in the areas where they live and socialise.

“Together we commit to ‘doing our bit’ for Greater Manchester and we ask our students to do the same.”

Meanwhile, Bolton has become the latest town to have new restrictions imposed as a result of a rapid increase in coronavirus cases.

It’s unclear if this will impact students arriving at Bolton University or those travelling from the town to study elsewhere in the region.

Catherine Fletcher, a professor at Manchester Metropolitan University, said in a tweet: “Teaching at MMU – which has many commuting staff and students from Bolton – starts on the 14th of September. Two or more sets of rules for people at one institution is going to be tough.”

The government also announced yesterday that gatherings of more than six people in England would be prohibited under the law with police given powers to break up such groupings.