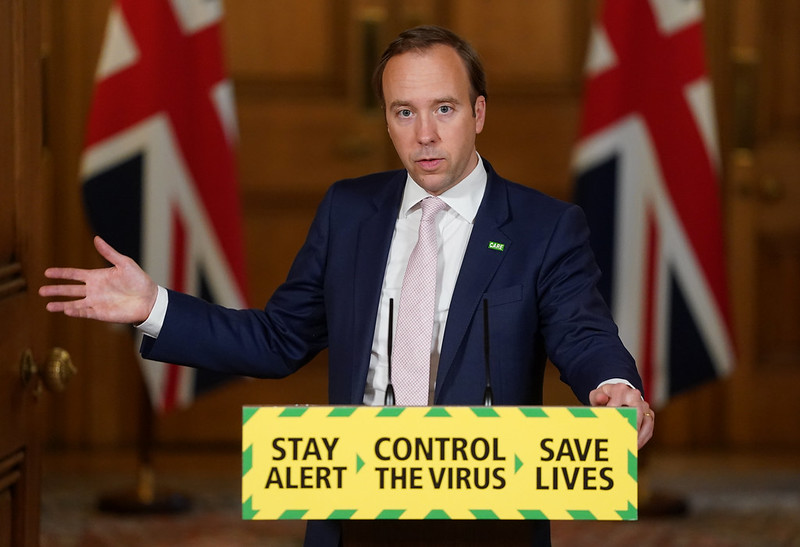 On the 24th of September, whilst answering questions about further Covid restrictions on BBC Radio 4’s Today Programme, Matt Hancock mentioned the possibility that university students may not be allowed to return home to their families at Christmas.

He said that it wasn’t the “goal” of the government but that he wouldn’t rule it out.

This comes after the Prime Minister told universities not to send students home in the event of a campus-wide outbreak, and also after increased limitations have been placed on student nightlife in Scotland.

We asked some University of Manchester students what they thought of Hancock’s recent comments.

Alex, a second-year Chemistry student, told us: “I was told to drive to a testing centre once my housemates tested positive – I don’t understand why we’re allowed to drive to get Covid tests when we’re most likely going to test positive, but we’re not allowed to drive home to our families.

“It’s preposterous to expect students, who may be living alone for the first time in their lives, to not go back and see their families.”

A second-year Electrical and Electronic Engineering student, who chose not to be named, said: “It’s unfortunate, but if it’s what needs to be done, it needs to be done. If it can prevent a large number of extra deaths from people returning home from Christmas, it’s worth it.

“I do think if [the situation is] that bad, we shouldn’t be at uni anyway, though. I’d rather they be upfront and tell us now so we can make the choice of whether or not to go home before it is too late. Especially for first years, Christmas is a nice break as first year can be very stressful. To take that away from them isn’t really fair.”

Crandon, who studied Event Management until the pandemic put his career choice into question, added: “The Government is forcing students to move to another city so landlords can fill their pockets. Students can’t even physically attend lectures because they’re all online now anyway.

“Now, they’re restricting them from seeing their family at Christmas. This is indefensible beyond belief.”

Rosie, a second-year Politics and Modern History student, commented: “Students have been crazily let down in this pandemic.

“The loneliness of old people is spoken about a lot but not the loneliness of students: this would be detrimental to so many people’s mental health! A lot of people don’t realise how lonely and isolating halls can be.”

Josh, a second-year English and Creative Writing student added: “They know that they have well and truly made a mess of the entire situation and they’re looking for someone to scapegoat, it just so happens that students are pretty easy to blame.

Danielle, a recent Biochemistry graduate, said: “Not supplying support for students who would have preferred to take a year out for their safety, so forcing them to go to uni and line the pockets of the landlords and the universities, and then isolating said students from their families in the name of safety, is atrocious.

“Safety would have been providing living costs for students if they chose to defer their year, but that would have been a bad business move so they didn’t because they don’t actually care.”

Jacob suggests that allowing students back to universities was a deliberate move to extract money from students: “we have to be officially enrolled before they get any money, which means checking our attendance for a certain amount of time. They’ll accept the loan and the government will shut it all down.”

Jess, who studies International Disaster Management and Humanitarian Response, has a contrasting opinion, she told The Mancunion: “I usually work a full shift on Christmas Day, so the possibility of spending time with my friends in Manchester over Christmas is quite tempting.

“I don’t feel as though Christmas should be treated as an exception to the rules if the virus is continuing to spread. We should do what’s best to combat the pandemic and protect lives, and if that means sacrificing Christmas at home, then that’s what needs to be done.”

And Chris, a second-year Chemical Engineering student, said quite simply: “I don’t care as long as I get my Christmas dinner!”

It is yet to be seen what measures will need to be taken to combat Covid cases in December, but at the moment, University of Manchester students seem to have little faith in the government taking their needs or welfare into consideration.