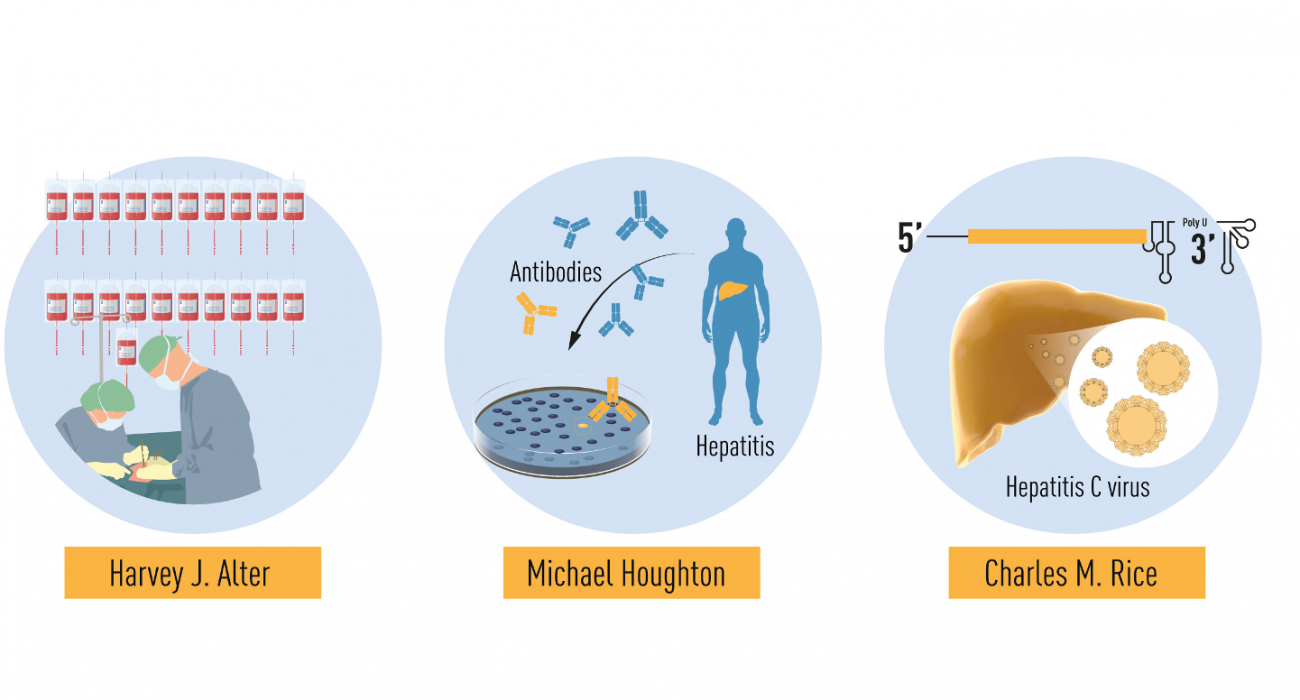 This year the Nobel Prize in Physiology and Medicine was awarded to Harvey J. Alter, Michael Houghton, and Charles M. Rice, who discovered the Hepatitis C virus. The disease, which 71 million people are estimated to be suffering world-wide, is estimated to have killed approximately 399 000 people in 2016 alone.

Hepatitis C is spread through mixing of blood and bodily fluids. Infection can happen through injection drug use, during birth from an infected mother, unregulated tattooing, and in unsafe healthcare settings – although the latter is rare in today’s modern world.

It is an insidious disease. When the virus first enters the blood it generates an immune response. If the immune response is adequate the virus will be killed and cleared from the body. This, however, is only 15%-30% of cases.

In 70-85% of those infected the infection will become chronic. It targets the liver with severe scarring, known as cirrhosis, varying from person to person in the time it takes to scar. In some people it can happen within a couple of years, while for others it may take decades, with the possibility of the organ losing its function in many cases.

In some people the Hepatitis C virus may even cause cancer. This is because the liver tries to repair itself by generating new cells, but the virus can damage the DNA of these. If mutations in replication-controlling genes occur, the cells begin to proliferate uncontrollably; the result sometimes being cancerous.

The virus causes further damage by promoting inflammation. While inflammation is a healthy response meant to fight off invading pathogens, chronic inflammation can damage and kill cells in multiple ways. One such way is immune cells stimulating liver cells to produce collagen, which makes up the scar tissue. In a chronic infection like Hepatitis C this collagen fibre scar tissue is never properly dissolved. As a result, cells around the scar tissue may be starved for oxygen.

Because of the prevalence and mortality of Hepatitis C, the discovery of the virus causing it is immensely significant. It allowed for the development of blood tests and anti-viral drugs which can effectively treat the disease by blocking the virus from entering liver cells.

However, some obstacles remain.  Firstly, the anti-viral drugs are expensive, subsequently limiting their accessibility. Secondly, while the ability to treat the disease is a significant advancement, it is not capable of stopping the spread of the virus. For that, we need a vaccine. And who knows, maybe that will itself be worth a Nobel Prize in a few years’ time.