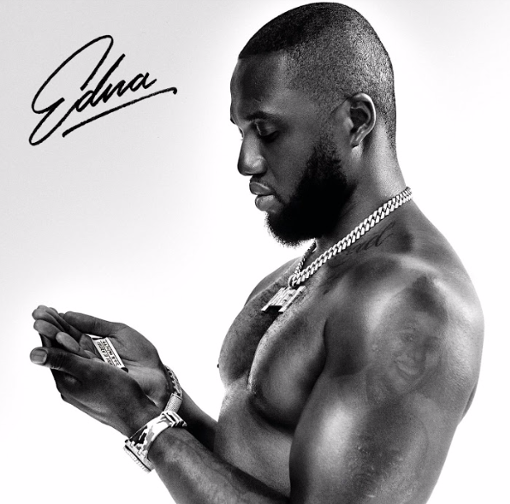 He’s lauded by the gritty drill scene in which he got his start and maintains his street credibility, while receiving plaudits from Drake, privately-educated 14-year olds, and Footlockers across the country. Headie is the closest the UK has gotten to a crossover star since Skepta.

His first major hit, ‘Know Better’, in which Headie popularised self-censoring with inputs of “shhh” when discussing sensitive details of recent violence or crime, is key to understanding his appeal. Sharp, biting delivery is matched with a nefarious-sounding instrumental, and crucially, it feels wholly authentic. Troubling then, that the wordplay on retaliation matched a string of deaths in the London borough of Haringey, as the BBC reported.

Headie’s latest full-length offering, EDNA is dedicated to his mother. Even upon first listen, it’s clear that several hit singles are to be spawned. With 20 tracks and 14 featured artists, producing hits seems to have been a priority, and that’s not to the project’s detriment. Many of this project’s tracks are irresistibly fun, and Headie’s ability to trade verses and feature production from a wide range of British talent is a great record of the current golden age in UK rap. But at just over an hour, EDNA lacks energy at times.

The opening two songs, ‘Teach Me’ and ‘Psalm 35’, for example, certainly aren’t awful, but they don’t do much to grab the listener’s attention. ‘Bumpy Ride’ and ‘Triple Science’ pick it up a little, with clever lyricism spat over gritty bass-driven production. Headie’s ability to lurch from vulnerability in “can’t take away the pain but I know I can soothe it”, to the bizzare-ness of “ching man’s head, I’ve never really been a fan of psychology” illustrates how fantastic an MC Headie can be at times.

Brilliant features from the ever-reliable AJ Tracey and Stormzy complement lead single ‘Ain’t It Different’ with an eccentric sample choice of 90’s rap-metal classic ‘Butterflies’. Young T & Bugsey assisted ‘Princess Cuts’ is also an undeniably fun track, and a worthy follow up to their previous collaboration, ‘Don’t Rush’. The chart-friendly approach reaches its pinnacle with ‘Parlez-Vous Anglais’, where Headie and Manchester’s own Aitch bounce back and forth on excellent, playful drill production.

Despite the efforts of the above tracks, the ‘Only You Freestyle’ is, depressingly, likely to be the album’s biggest streaming hit thanks to an opening verse from Drake. Drake’s ability to insert himself into a variety of UK sub-genres has created some quality music (see: ‘KMT’ and ‘Skepta Interlude’), but the opening two minutes of this track are just painful; Drake’s verse is abysmal, and he’s outclassed entirely by Headie.

In between the prospective hits to come off EDNA, there’s few standouts and a lot of misses. The Skepta collaboration ‘Try Me’ is a ferocious grime/drill hybrid and Skepta can add his verse to his list of impeccable features (Headie definitely holds his own as well). Other tracks like ‘21 Gun Salute’, ‘Hear No Evil’, and ‘Breathing’ though, are quite bland – the lack of inventive lyrical subjects is hard to ignore at times.

Lyrically, Headie mostly swings between two poles. There’s an appreciation of the good life and a warning to the youth to avoid the trappings of crime, but there’s often a return to trading bars on his proficiency in drug dealing and ‘drilling’ in general. Headie One is far from the first to struggle with this bipolarity; in fact, it afflicts much of American rap as well, but it’s detrimental to the verses on EDNA that poignantly recognise the pitfalls of a life of crime.

One can’t help but feel like this project could be cut down to 10 or 12 tracks from the 20 it has. Several tracks with shallow observations on life in and outside of crime are forgettable, but the closer ‘Cold’ is exceptional: a rumination on the poverty and crime that defined and lingered in Headie One’s life, even as he ascended to stardom. Lines like “I used to love the trap, like it would love me back”, paired with Headie’s admissions of praying he’d be scouted playing football, or “daydreaming in the pub… because the youth clubs are closing”, give a sharp insight into the lives of young people in housing estates hollowed out by austerity. The opportunity to shorten this project and distil the best of Headie One’s talent was missed on EDNA, which is disappointing considering his last project, GANG, with Fred Again, seemed to show Headie moving in the direction of more concise projects.

Headie’s arresting delivery, clever, emotive imagery, and authentic feel is unmatched, and most of the instrumentals and featured artists on this project are stellar. But EDNA suffers from a lack of direction and simply too many stale tracks, and when viewed as a whole project, the moments of brilliance are clouded. That said, Headie One is a special artist sitting atop the pyramid in a special moment for UK Hip-Hop, and when it comes to delivering crossover hits that maintain Headie One’s street authenticity, EDNA doesn’t disappoint.