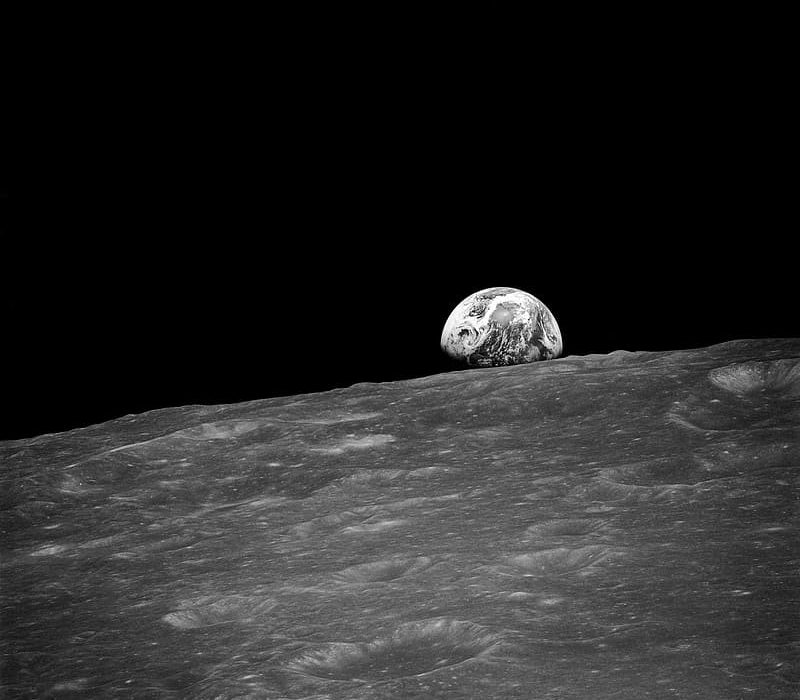 A later image of the moon's surface @Pikrepo

Throughout the 1950’s and 60’s, the world watched on in nervous anticipation as the USA and the Soviet Union battled it out. The Cold War sparked huge technological innovation, as each side sought to trump the other in military prowess, particularly nuclear weapons.

This was soon extended to a desire for sovereignty beyond this planet, and a brand new competition was launched, dubbed ‘The Space Race’. It began in 1957, when the Soviet Union launched Sputnik, the first man-made object placed into the Earth’s orbit. After many other accomplishments, both countries set their sights on the moon.

By 1966, the USSR were in the lead with their highly successful Luna Programme, and on the 3rd of February achieved the first soft moon landing (as opposed to a crash landing). The probe was called Luna 9, and its purpose was to photograph the moon’s surface. 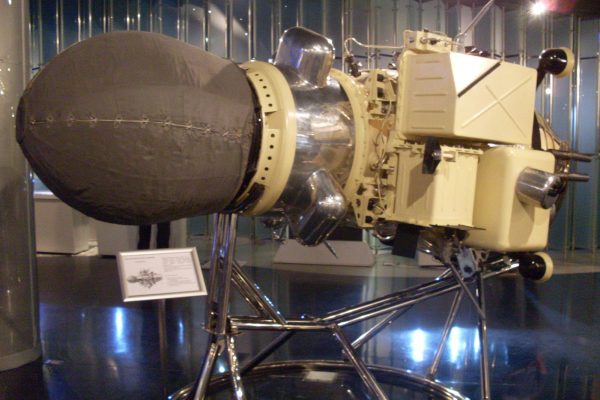 Mock up of the Luna 9 spacecraft [email protected]

Each USSR satellite launch was shrouded in secrecy, but a team at the Jodrell Bank Observatory, near Manchester, had tracked each one. From the time they left Earth, they observed the satellites’ telecommunication signals and recorded their position and velocity. As with every prior attempt, the signals from Luna 9 stopped abruptly after its approach to the moon’s surface.

The Jodrell Bank scientists assumed that the satellite had crashed, whether accidentally or on purpose, and so prepared to stop tracking. They were then surprised four minutes later, when the signal reappeared. After another nine minutes, the signal changed entirely, and the researchers dutifully recorded these new radio signals with no real idea as to their nature.

Radio signals cannot be private, so they are normally encoded to make sure they can only be read by their intended recipients. However, astronomer J.G. Davies soon recognised them as basic radiofax signals.

The camera had encoded the image into this format and sent the radio waves back to Earth, where they were intercepted by the Mancunians. It’s worth repeating: the USSR were literally faxing their photos from space.

Back then, fax machines were relatively rare, and after a mad scramble to find some, the team got hold of the ‘Daily Express’. They then drove their equipment to the observatory from both their Manchester and London offices.

With these machines, Lovell and his team got to work, and managed to print out the first picture of a celestial body ever returned to Earth. Although the images were slightly stretched due to an element of recalibration guesswork, they were unmistakably the moon.

These photos were then printed on the front page of the Daily Express the following day. The USSR, who had no idea that any of this had happened, were yet to release these images to the world. They were, understandably, a little annoyed.

The surface of the moon is now extensively photographed and analysed, constantly surrounded by orbiting satellites. Now that its appearance is common knowledge, it’s perhaps hard to imagine how exciting this was.

Maybe lockdown’s got you down right now. When it does, just picture the expressions on those scientists’ faces as the first pictures of an extra-terrestrial surface came printing out of a simple fax machine. I find it helps.

Emma Hattersley is a second year physics student at the University of Manchester. Alongside writing about science, she enjoys reading, music, baking and terrible, made-for-tv films.