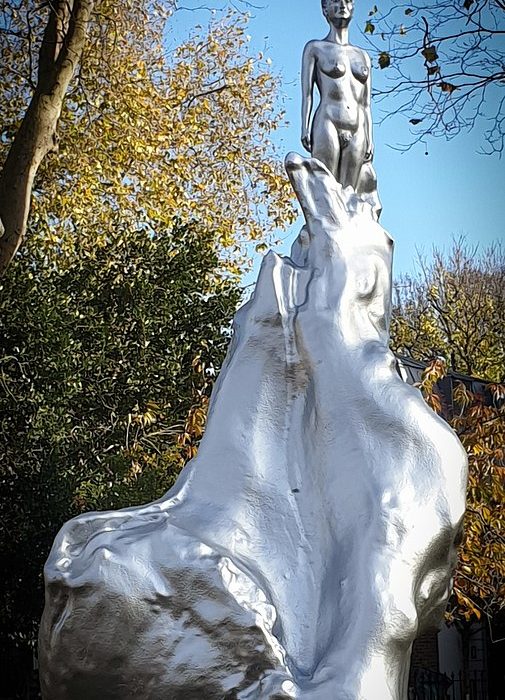 What’s going on with Mary Wollstonecraft?

In case you haven’t seen, 1700’s historical feminist writer Mary Wollstonecraft has been all over the internet. She’s causing a controversy in the UK, online, and even in the New York Times.

For the last ten years, Mary on the Green, a volunteer-run project, has campaigned to get a statue erected in Newington Green to commemorate Wollstonecraft. After finally raising £143,000 to build it last year, affirming the design through a vote, the sculpture by acclaimed sculptor Maggi Hambling was unveiled last week. 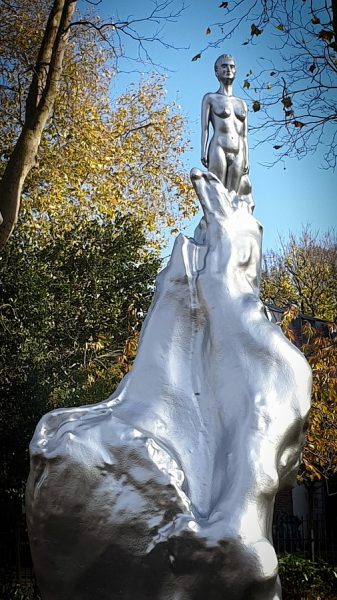 As you can see, the sculpture depicts a small woman emerging defiantly from an abstract glacial shape. However, as many have pointed out, the woman, who has been mistaken for Wollstonecraft herself, is fully nude. This is in stark contrast to various sculptures depicting famous historical men.

Many critics see this is as an unfair objectification, given how few public sculptures we have of prominent female figures. It can be seen as especially insulting to one who was key in celebrating women’s minds over their bodies.

This has been an issue in the art world for some time. For instance, the classic 1989 piece by political art collective Guerilla Girls, “Do Women Have To Be Naked To Get Into the Met Museum?”, memorably stated that whilst less than 5% of the artists in the Met Museum at the time were women, 85% of nudes were women.

So, what does the artist have to say about all of this?

Hambling has clarified that the sculpture is meant to be a depiction of the everywoman of Wollstonecraft’s philosophy. She has been liberated from the constrictions of time-specific clothing; she is timeless. If you know anything about historical fashion, this will make sense.

Period clothing, like corsets, stays, and bustles, manipulated the appearance of women’s bodies for the sake of social status. Therefore, the nude form could be seen as a way to capture an ‘everywoman’ across time periods. Many critics feel this depiction, with its pert breasts and toned stomach is, however, an archaic and far-from-diverse idea of every woman, although its rendering of the pubic hair certainly feels more true to the women of Wollstonecraft’s era.

To make sense of the debate surrounding the statue, we need to see it in its wider context.

Firstly, Mary On The Green has worked incredibly hard, and with the best intentions, to get this statue made. The design itself has been in the public domain for two years, having been picked over a more conventional design by Martin Jennings, a female artist who seems preferable.

People had, therefore, two years to make their objections. In the end, a women-led organisation commissioned a woman to create public art celebrating a feminist woman. On paper, it seems like the right thing to do, at least politically

Historians have also pointed out that not only was Wollstonecraft looked down on for her ‘wildness’ and sex life, but Percy Shelley, husband of Mary Shelley and Wollstonecraft’s son-in-law, has his own memorial sculpture in Oxford. Commissioned by one of his relatives, this depicts him washed up, dead, and, well… fully nude. If anything, this shows that it indiscriminately runs in the family. 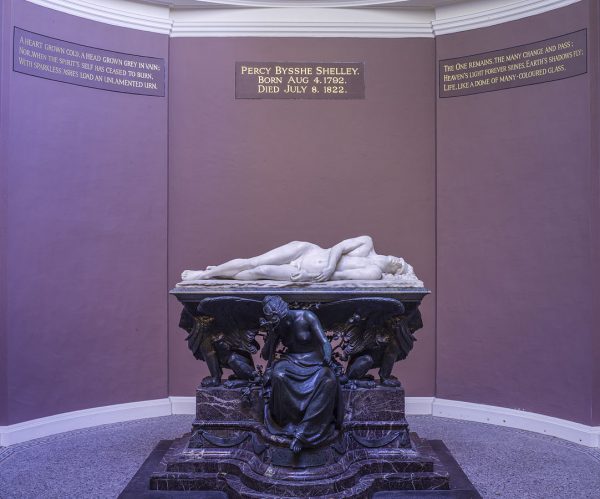 The problem shouldn’t be a nude woman herself. Naked bodies are normal; however, the contemporary public art context matters.

The Colston statue debate highlighted the importance of public perception in the context of commemorative statues. The majority of public statues honouring people are realist portraits. As such, many people presumed the small figure was her. When the meaning needs to be explained in order to avoid widespread misinterpretation, then perhaps the artwork is not as effective as it could be.

Personally, I don’t mind the statue. Then again, I’m also a fan of Hambling’s other controversial works, which includes Oscar Wilde smoking in a coffin. At the end of the day, public art should be varied, interesting, and provoke conversation!

Mary on the Green issued their response about how happy they were about the sheer amount of people who are now talking about Wollstonecraft and her work through this Twitterstorm alone.

In the documentary Disclosure, the actress Jen Richards talks about how the solution to problems of representation in trans media is to make more. The more variety there is, the less the clumsy representations matter. I think this is also true here.

In this particular case, I can only recommend more public art.

We need sculptures of both a realist and radical nature, and not only celebrating all varieties of marginalised heroes, such as women, POC, LGBTQ+, or working class, but being made by them too. In a time where we can’t visit museums or galleries, public art is what we have to stimulate the population. What better time to support struggling artists living among us here and now?

If this means that in ten years we end up with an Angel-of-The-North-style sculpture of David Attenborough with his d*ck out, so be it.

In the meantime, if you care about the rendering of  statues, it’s best to get involved in projects before unveiling. There are plenty of existing campaigns you can support, as well as places to nominate your chosen heroes, such as Invisible Women. 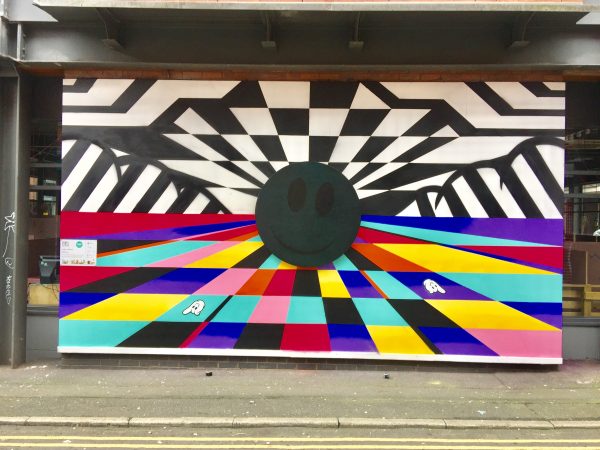 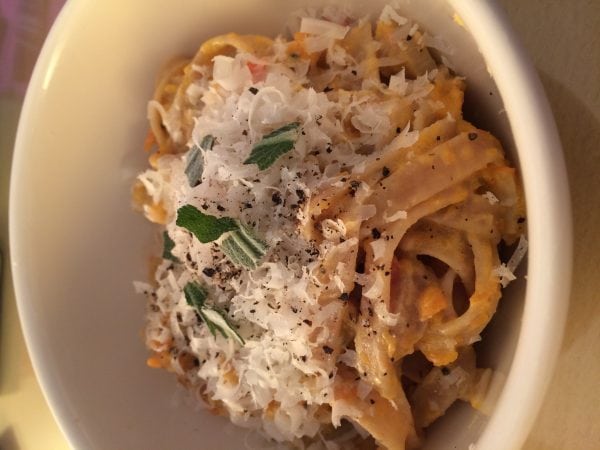 The ‘Before I Die’ blackboard: Iterations and implications 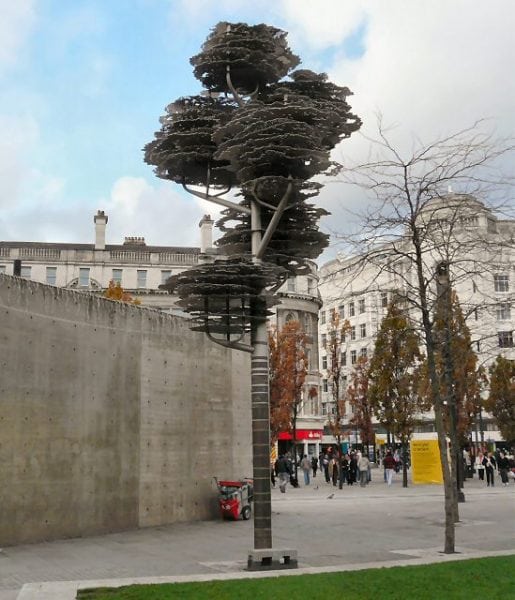